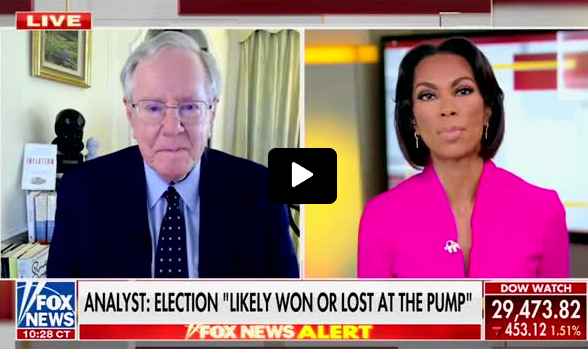 “Russian oil was always heavier than ours, their natural gas was heavier than ours and Venezuela was notorious for heavy oil,” Forbes told “Faulkner Focus” host Harris Faulkner. “We once had the refining capacity to handle that but now that’s being reduced. So, they’re going for [the] dirty stuff. Saudi oil is not as clean as ours.”

Biden reached out to Venezuela for oil, a country run by left-wing dictator Nicolas Maduro, after OPEC announced a two million barrel per day production cut. Maduro was indicted on drug charges in 2020.

“The Saudi Arabians and other Arabs are very worried about our dalliance with Iran, about the release begging Iran to take $275 billion that they would have access to if they agreed to a bad nuclear deal,” Forbes said. “Bad from our point of view. So the Saudis are wondering, that’s why they are going up getting closer to China and Russia. They think we want to deal with Iran more than we want an alliance with the Arabs and Israelis. So, that’s no surprise.”

“If they can find a way to make the situation worse, they will,” Forbes said.