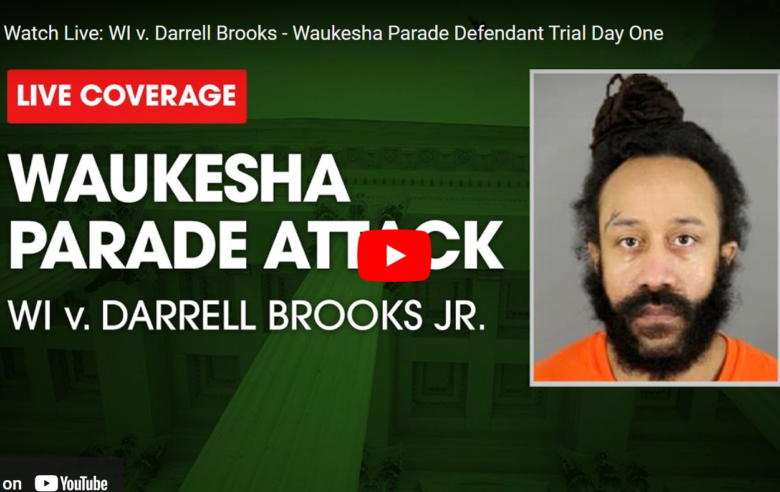 The alleged perpetrator in the Waukesha Christmas parade killings was removed from his trial’s courtroom Thursday for disorderly conduct, only to act erratically in his remote viewing location.

On Sept. 28, Judge Jennifer Dorow granted Darrell Brooks’ request to represent himself in the trial, WISN reported. She sequestered Brooks Thursday to a different room for a remote appearance at trial, following his multiple interruptions Thursday, the trial’s first day for arguments, according to Law & Crime.

After being sent to the other room, Brooks appeared with his orange shirt removed, often facing away from the camera. His shirt was eventually put back on, but he tucked a blue piece of paper labeled “objection” into his pants.

Dorow later allowed Brooks to return to the courtroom, only to send him out again following additional interruptions on his part. In an interview with NBC News affiliate WTMJ prior to the trial, Brooks’ mother had predicted he would appear “manic, full blown” as his own defense attorney.

Darrow argued that Brooks had shown “a complete and utter disrespect for the simple rules of civility” every day since Monday, according to Law & Crime’s livestream.

“This morning alone he started interrupting this court within a minute of the court calling the case,” she said.

Prosecutors have brought more than 70 charges against Brooks since he allegedly drove his vehicle into Waukesha’s November Christmas parade in an incident that killed six and injured many others, according to The Associated Press.

Don Lemon Goes Soft on Antisemitism: ‘Whether You Agree With Kyrie Irving Or Not…’
Iran reportedly threatened families of World Cup players with torture and death if athletes protest again
Ukraine Insists the War Won’t End Until They Retake Crimea
Tesla is still dominant, but its U.S. market share is eroding as cheaper EVs arrive
Republican Jewish Coalition issues a scathing condemnation of Kanye West after shocking statements on Alex Jones’ show