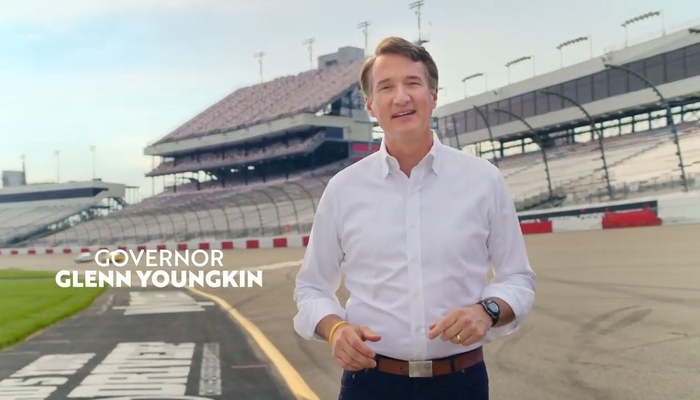 But all told, the hubbub and media reports have ignored the fact that the current head of the Virginia Tourism Corporation (VTC) is a Democratic Party donor who gives to candidates ranging from Barack Obama to Senator Mark Warner (D) and Youngkin’s opponent, former Governor Terry McAuliffe (D).

The AP huffed that “Youngkin faced criticism from Democrats on Wednesday after news outlets reported that his political ad-maker” Poolhouse “recently received a six-figure contract to produce a state tourism video featuring the governor.”

The political advertising agency behind Glenn Youngkin’s successful bid for Virginia governor, which created his branding and specializes in work for Republican candidates, received a $268,600 contract from a state agency to produce a tourism video that heavily features Youngkin himself.

The ad will appear in Virginia’s airports and welcome centers at a time when Youngkin is considering a run for president and is seeking to boost his national image.

The contract between the state tourism department and Richmond-based Poolhouse is its first such contract for the state agency. The advertisement features Youngkin at the Richmond Raceway, his voice also narrating the ad.

Wilson explained that the “Virginia Tourism Corporation reached out to two advertising companies on May 5, offering them a chance to bid on the state tourism commercial as well as seven large billboards designed for display on airport walls.”

For its part, VPM explained that “[n]o other firm submitted a bid to produce the video, and the ad agency, Poolhouse, has no record of doing work for state agencies on the commonwealth’s procurement site.” Though it still received the contract, VTC reopened the bidding process out of concern from Youngkin’s office.

Virginia Democrats and House of Delegates Minority Leader Don Scott were incensed and tried to make hay over the decision, but it would make little sense that this was a case of political corruption given who runs VTC.

VTC boss Rita McClenny has a long history of political donations, almost exclusively to Democrats. In the 2008 cycle, she gave $2,300 to Obama and a combined $750 to Warner then $1,500 to State Senator Creigh Deeds’s failed gubernatorial bid. She would then go onto give Warner $1,000 in 2014. An OpenSecrets search showed she’s given only $750 to Republicans with $500 to Republican Bob McDonnell’s campaign in 2009 and State Senator Thomas Norment Jr. in 2011.

If this were a political charade, why would a Democratic donor running the commonwealth’s tourism board sign off on such a move? Apparently, that was too much for the liberal media to mention.

Masked robbers face no resistance, easily steal $35,000 in products from crowded Apple Store. One crook reportedly threatened violence against anyone trying to stop them.
Video: Fugitive hiding under mattress opens fire on cops who were searching for him. It doesn’t end well for suspect.
Does Mitch McConnell Have a Valid Point About Trump?
BREAKING: Court Throws Out Special Master For Trump’s Mar-a-Lago Documents Case
Train Robbers