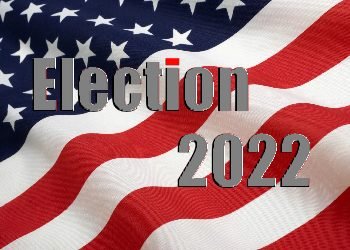 Republican New York Rep. Lee Zeldin is closing the gap on Democratic Gov. Kathy Hochul with the midterms just a month away, according to a new poll released Thursday.

Hochul continues to hold the lead with 44.5% of voters saying they would vote for her, yet Zeldin is less than two points away with 42.6%, according to the poll, conducted by The Trafalgar Group. Almost 10% of the voters said that they are undecided, leaving both candidates in a position to take the race.

While the RearClearPolitics average reports Hochul leading Zeldin by an average of 11 points, Trafalgar’s poll is the most recent. The Trafalgar Group is a leading pollster and in 2016, RealClearPolitics credited them as the most accurate pollster for senatorial and gubernatorial races.

Zeldin has taken a strong stance on crime in New York, vowing to remove soft-on-crime prosecutors while also repealing acts like policies like cashless bail, according to his website. In July, New York City saw a 40.6% increase in grand larceny, a 37.2% increase in robbery and a 25.6% rise in burglary, according to the New York Police Department.

Many Republican candidates have seen poll spikes as crime continues to rise across the county. Republican Sen. candidate for Pennsylvania, Mehmet Oz, saw an increase in the polls this month after targeting his opponent, Democratic Lt. Gov. John Fetterman, for his more lenient stance on crime.

Zeldin and Hochul’s campaigns did not immediately respond to the Daily Caller News Foundation’s request for comment.

Brittney Griner freed in prisoner swap with Russian arms dealer
New Survey Finds Political Polarization Is Eroding Public’s Trust In The Military
Man behind the Korean wave talks about the future of K-pop and what aspiring artistes can do
Hasbro defends Magic: The Gathering strategy, says ‘there is no evidence’ cards are overprinted
FLASHBACK: Lib Media Bemoaned Trump Getting Hostages out of NoKo