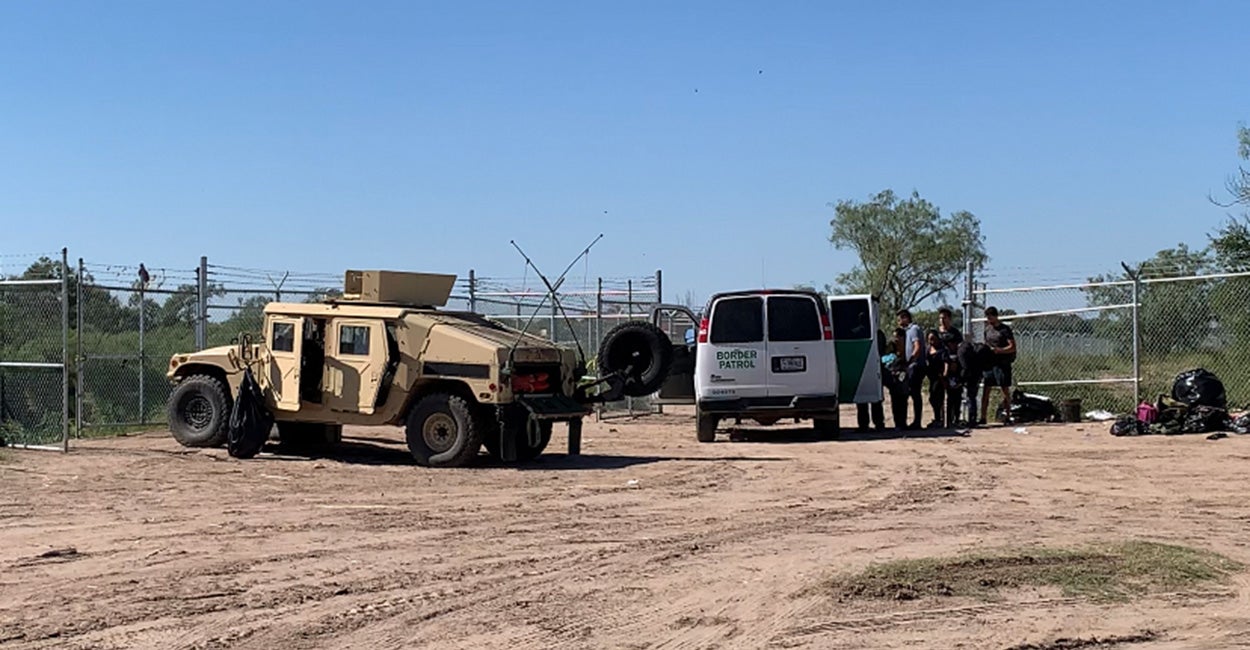 It was a Tuesday morning like any other in Del Rio, Texas. I stood a short distance from the Rio Grande and watched several illegal aliens board a Border Patrol van.

Ten minutes later, about a mile down the road, I met a couple from Colombia who had just crossed the border from Mexico with their 3-month-old son. They were waiting for the Border Patrol to come pick them up. When an agent arrived, the couple casually got into the van and departed, likely going to a migrant processing center.

This scenario is played out over and over in towns along the southern border, as I learned during my recent trip to Del Rio, Eagle Pass, Kinney County, and San Antonio, Texas.

Migrants seeking asylum cross the border, the Border Patrol picks them up. Agents take the migrants to a processing center where some basic information is taken down. Then they are put on a bus or an airplane to a city somewhere else in America.

Illegal aliens are told to report to a local field office of U.S. Immigration and Customs Enforcement, or ICE, within 60 days. Some report back, but many do not for fear of deportation.

After spending three days on the southern border talking with local leaders, citizens, and illegal aliens themselves, I was surprised by how much of a well-oiled machine illegal immigration has become.

Because of the sheer number of illegal migrants coming across the border into the U.S.—the Border Patrol reports over 2 million encounters in fiscal year 2022, which ended Sept. 30—the Biden administration has created a well-functioning system to handle the influx.

Illegal aliens know that under the policies of the Biden administration they likely can enter America and be released into the interior of the country.

Illegal aliens who intentionally evade the Border Patrol—maybe because they are smuggling drugs or people, or because they have a criminal record—threaten the safety not only of those living in border towns, but Americans across the country.

Border communities in Texas such as Kinney County and Val Verde feel the effects of illegal immigration daily.

Laura Allen (no relation), a former judge in Val Verde County, runs a ranch with her husband on land that borders Mexico. Allen carries a gun on her own property because she knows that potentially dangerous illegal aliens regularly cross it.

Teresa Esther Chapoy, who lives a mile from the Rio Grande in Del Rio, has purchased a guard dog, put lights up outside her home, and erected a fence around her backyard in an attempt to bring herself some peace of mind at night.

During my time in Texas, I saw firsthand that the border is wide open, and a nation without a border is hardly a nation at all.

President Joe Biden should allow the Border Patrol to do its job and secure the southern border. Until homeland security officials take action to dissuade illegal aliens from coming across the border, millions more will come, further straining schools, hospitals, and communities across America.

The United States is a nation of immigrants. But we will not be a nation at all if the immigration process isn’t followed legally and anyone, whether with good or bad intentions, can cross the border and melt into the interior.

On today’s episode of “Problematic Women,” we discuss the sobering reality of the border crisis.

Plus, Daily Signal reporter Mary Margaret Olohan explains why two girls are a part of an investigation at a Vermont high school after they told a biological male to leave the girls’ locker room.

Also on today’s show, the Women’s March made a telling statement regarding participants’ view of abortion. We’ll break it down. And as always, we’ll crown our Problematic Woman of the Week.