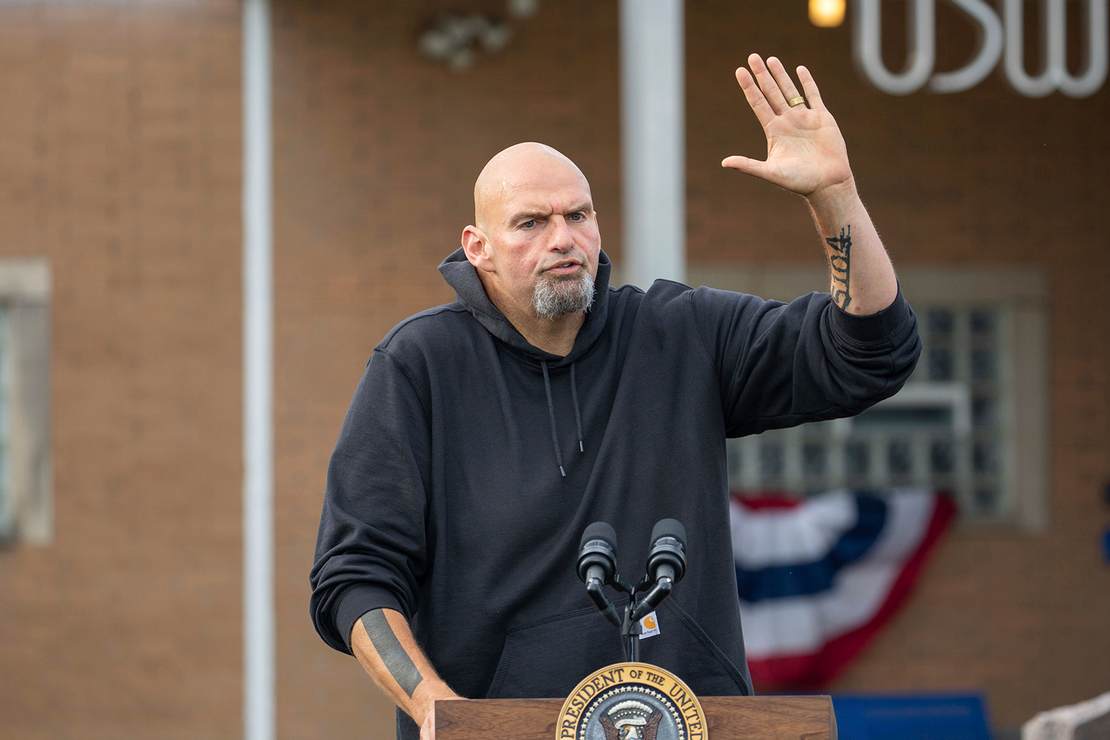 It’s been clear for a while now that the GOP has reclaimed the momentum going into the final weeks of the 2022 midterms. Polls are tightening in key races, and the Democrats’ hopes of flipping the seat being vacated by retiring Senator Pat Toomey are fading fast, as Dr. Mehmet Oz closes the gap with Democrat John Fetterman.

If the polls don’t convince you, then perhaps the Fetterman campaign’s recent actions will. Dr. Oz has made Fetterman’s weak-on-crime record a major issue of the campaign, and it has worked so well that Fetterman is trying to distance himself from his own policies and redefine himself as being tough on crime. Despite his past support for releasing as many as 1,200 murderers, his campaign now claims Fetterman “supports common sense criminal justice reforms that keep Pennsylvanians safe and protected while saving taxpayers money,” and insists his past remarks have been taken out of context.

Fetterman, who suffered a stroke before the primaries and has tried to keep a relatively low profile since, has also refused to debate Dr. Oz, a clear sign that he knows that a public debate would be a disaster for him. His campaign eventually caved, though, and “agreed” to a future debate in October as long as certain conditions to accommodate his impairments are made. I’ve long been skeptical that this debate will take place. There has been a rather steady flow of footage from recent campaign events with Fetterman slurring, missing, or transposing words. This, naturally, raises major questions about his ability to serve as a U.S. senator.

Not gonna lie. I think it would be hilarious if Pennsylvanians voted John Fetterman into the Senate. pic.twitter.com/FxUFXwWEhl

They say the Simpsons always predict the future – and once again, they nailed it. pic.twitter.com/hx5ivJtpdg

This isn’t the first time he’s made Dr. Oz’s profession an issue. During one of his rare public appearances last month, Fetterman, bringing up the issue of abortion, appeared to suggest that Dr. Oz is not a “real doctor” when he asked the crowd if abortion “should be left up to a woman, and a real doctor to choose.”

Say what you want about Dr. Oz’s television career, but the man is a legit cardiothoracic surgeon who got his medical degree from the University of Pennsylvania and did his surgical residency at Columbia University Irving Medical Center.

It’s hard to imagine anyone thinking this was a good idea. These attacks reek of desperation and do not reflect a campaign that feels comfortable about its position in the race.

It’s true that the polls have Fetterman in the lead, but RealClearPolitics currently shows Fetterman with an average lead of +4.3 points, and his lead is within the margin of error in many of the polls they’ve tracked. On top of that, the Cook Political Report has just moved the race from “Leans Democrat” to “Toss Up.”

It’s hard to ignore the apparent lack of confidence the Fetterman campaign is expressing now. He’s trying to distract from his weak-on-crime record with attacks featuring Simpsons clips and Mean Girls memes. Does Fetterman know he’s running for the U.S. Senate, not high school class president?

Dr. Oz may not have sealed the deal with Pennsylvania voters yet, but Fetterman is acting increasingly desperate as the political winds have shifted back in the GOP’s favor. And so far, it’s not pretty.