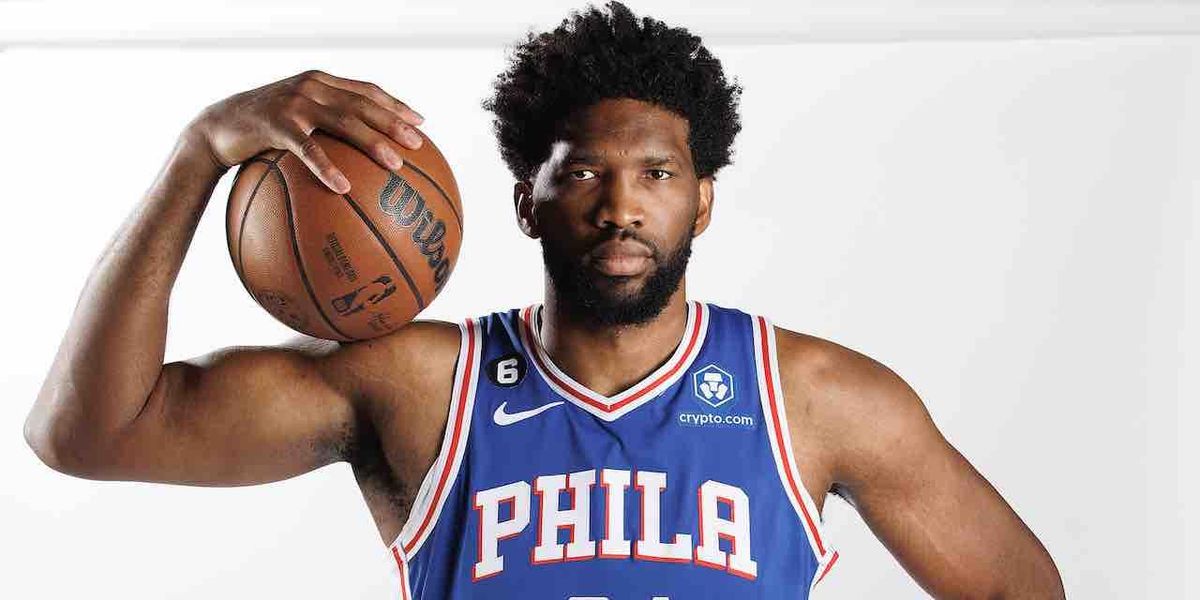 “I’ve been here for a long time,” Embiid told the AP last week at training camp at The Citadel. “My son is American. I felt like, I’m living here, and it’s a blessing to be an American. So I said, why not?”

A native of Cameroon who also holds French citizenship, Embiid took his citizenship oath in Philadelphia in early September, the AP said.

u201cJoel Embiid went through the Process and is now a US citizen ud83cuddfaud83cuddf8 nn”I’ve been here for a long time. My son is American. I felt I’m living here and it’s a blessing to be an American. nSo I said why not?”nnTo @APgelstonu201d

The 28-year-old graduated from a Florida high school and played a season in college at Kansas before the 76ers drafted him No. 3 overall in 2014, the outlet said. Last season, Embiid became the first international-born player to lead the NBA in scoring (30.6 points per game) and the first center to average more than 30 points per game since Moses Malone did so in 1981. Malone eventually joined the Sixers and helped them win an NBA title in 1983.

That’s also what Embiid wants — as well as an MVP and defensive awards, the AP said. Embiid’s four-year, $196 million contract extension doesn’t kick in until next season and takes him through 2026-27, the outlet added, so Philly fans can enjoy his play for a while, providing he stays healthy,

“I feel like there’s a reason why I was fortunate to be the leading scorer last year,” Embiid told the AP. “I feel like I’m good enough to be put in any position to score the ball. At the end of the day, when I get the ball it’s not about me scoring the ball. It’s about me making plays for myself and my teammates.”

How are folks reacting?

Twitter users commenting on the news seemed happy about Embiid’s decision to become an American citizen:

Freedom — who made headlines for criticizing China’s human rights record, all while playing for a league that craves the communist country’s cash — predicted in a February PBS interview that he’d soon be gone from basketball due to his views. And sure enough, the Boston Celtics traded him to the Houston Rockets, and shortly after that, the Rockets cut him.

If You Really Wanted to Destroy US, You’d Do These 10 Things
Alyssa Milano says she returned her Tesla because Elon Musk could have solved world hunger with the money he used to buy Twitter
Kansas Law School Silent After Diversity Committee Demonized Christian Law Firm, Spurring Top State Judge to Resign
House Republicans Moving to Ban Federal Employees From Using TikTok
Ruhle, Lefty Journo Panic Over Rise of Authoritarianism in US