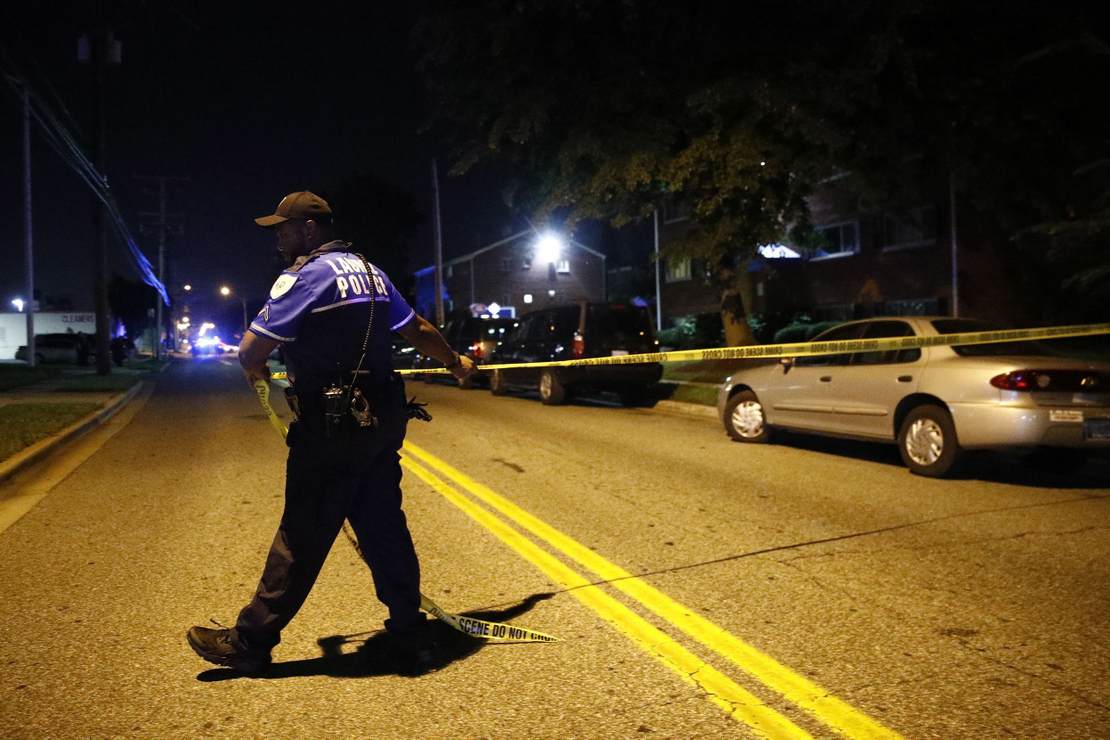 The FBI released its annual crime report, and more than ever, this year’s data gives us an incomplete picture of crime in America.

The problem is that some local police departments — including New York and Los Angeles — didn’t send data to the FBI after the Bureau changed the way police departments are supposed to report crimes, requiring them to adopt the National Incident-Based Reporting System (NIBRS).

Where the data was incomplete, the bureau estimated the numbers.

While the report fails to give a complete picture of crime in America last year, it still stands as an indictment of Biden administration law enforcement policies, as well as a stinging rebuke of the methods of woke prosecutors who have instituted no bail for most crimes, lighter sentences, and an anti-police bias evident in their handling of brutality complaints.

The rate of violent crime fell by 1%, according to the report, largely due to an 8.9% drop in robberies. Murders rose by 4%, and rapes were up as well.

Nearly 40% of law enforcement agencies nationwide, including the New York City Police Department and Los Angeles Police Department, failed to report their 2021 crime data to the FBI, according to data provided to Axios Local from a partnership with The Marshall Project.

That will result in a data gap that experts say makes it harder to analyze crime trends and fact check claims politicians make about crime, reports The Marshall Project’s Weihua Li.

The FBI’s annual data set is the country’s foremost way to understand how crime across the U.S. is changing, measuring things like how many murders or rapes took place last year or how many people were arrested.

It’s not like Democrats are going to make an argument that crime isn’t as bad as it has been. No matter how you look at the raw data, crime is much, much worse than it was just a few years ago. When gangs of shoplifters empty stores of merchandise in a matter of minutes, a psychological barrier has been crossed. It’s not simple disrespect for the law. It’s a fundamental shift in how a growing segment of the population feels entitled to take what it wants and not pay for it.

The FBI report can’t quantify this shift because larger cities have not switched to the National Incident-Based Reporting System (NIBRS). Previously, local police departments reported via the Summary Reporting System — “monthly counts of the number of crimes known to law enforcement,” according to the Brennan Center.

While easy to use, the system tended to gloss over important nuances. Among other things, it only counted the most serious offense in an incident, applying a “hierarchy rule” to determine which offenses were more serious than others. The system also focused on a limited number of types of crime and failed to capture details like the number of people involved.

NIBRS was supposed to fill in the details on these crimes, giving us a clearer picture of crime in America. But until more police departments are reporting crimes to the FBI using this system, we’re likely to see an undercount of some violent crimes.

So how will politicians use this data?

It will probably be impossible to speak of a precise “national” murder rate or “national” violent crime rate for 2021. Confidence intervals may make it difficult to determine whether the rates of some offenses rose or fell. Policymakers will have to exercise great care when using this limited data.

Even though it’s not “precise,” it’s still bad enough for Republicans to hammer Biden and the Democrats with.

Dem Congressman Passes Away After Winning Re-Election – Special Election To Be Held
EXPOSED: Joe Biden’s Shameful Complicity With Anti-Semitism in His Party
What’s being done about ‘murder-for-hire’ sites on the dark web, and how dangerous are they?
Gunman pleads guilty to murder and hate-motivated terror charges after supermarket shooting
Details of divorce settlement between Kim Kardashian and Ye emerge