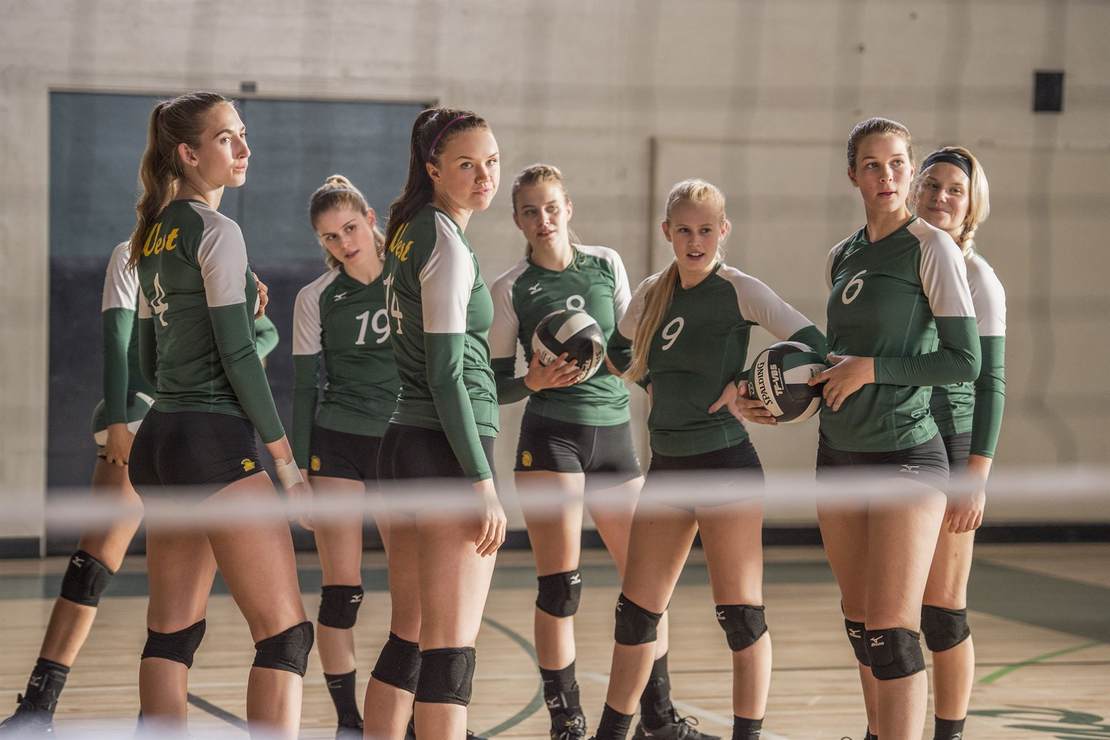 The Randolph Union High School girls’ volleyball team in Vermont has been making headlines lately, and not for their performance on the court. As you likely know by now, the team has a transgender player. According to Fox News, the rest of the team was told they could use a bathroom instead of the locker room when multiple members objected to the presence of the boy who identifies as a girl. The school district has even informed parents that the girls are being investigated for “harassing” the boy.

But the Daily Signal has another angle to the story. One girl told the site that she asked the boy not to come into the locker room since she and the other girls were changing. But the boy said that everything was fine, entered the locker room, and watched the girls change. This boy is alleged to have said, “My male instincts are kicking in,” in reference to a female player’s breasts. The article states that the trans student had been asked to leave. Most of the girls on the team were not against the trans student playing on the team but did not want the boy in the locker room. They were told the school would comply with the state law allowing the boy to stay. The Signal notes that the trans student was angry over the news coverage and stated that he was going to “f*****g kill someone” and that he “f*****g hated” one of the girls who spoke out. The boy’s mother says that the accusations against him were made up and were bids for attention. She has allegedly contacted the ACLU.

A number of parents have said that the girls’ rights are being placed below trans rights and that school officials cannot pick and choose when to keep children safe. Another parent is claiming that the boy’s actions may violate the state’s voyeurism laws. In the meantime, most of the members of the team have the option of changing before and after games in a single-stall bathroom.

Caitlyn Jenner, who of course is formerly known as “Bruce” of Olympics and Wheaties box fame, made an appearance on Fox & Friends with harsh words not for the girls, but the school:

I suppose Jenner has a unique, and one could perhaps argue the most pertinent perspective on this issue. And Jenner does make some valid points in places. But the entire trans phenomenon is predicated on a very sinful notion and no, I am not speaking of sexuality.

This boy decided he wanted to identify as a girl, and the school had to make provisions for him to play on the team. He allegedly stared at the girls who were in various states of undress and even made a remark about his “male instincts.” Instead of having him use a private bathroom to change, the school accommodated him and sent the rest of the team to share the bathroom. This was a person who allegedly wanted to “f*****g kill someone” when the story came out, and now the school is investigating his accusers.

The macro is sometimes visible in the micro. And this person is not a team player. He is not concerned with the comfort or success of his teammates or esprit de corps. He is not willing to sacrifice anything for anyone else. On the contrary, he wants everyone else to accommodate him. And it looks like the school is more than happy to do so. Self-centered and entitled children grow up to be self-centered and entitled adults. And such adults can rarely if ever be counted upon to contribute to their communities or society as a whole.