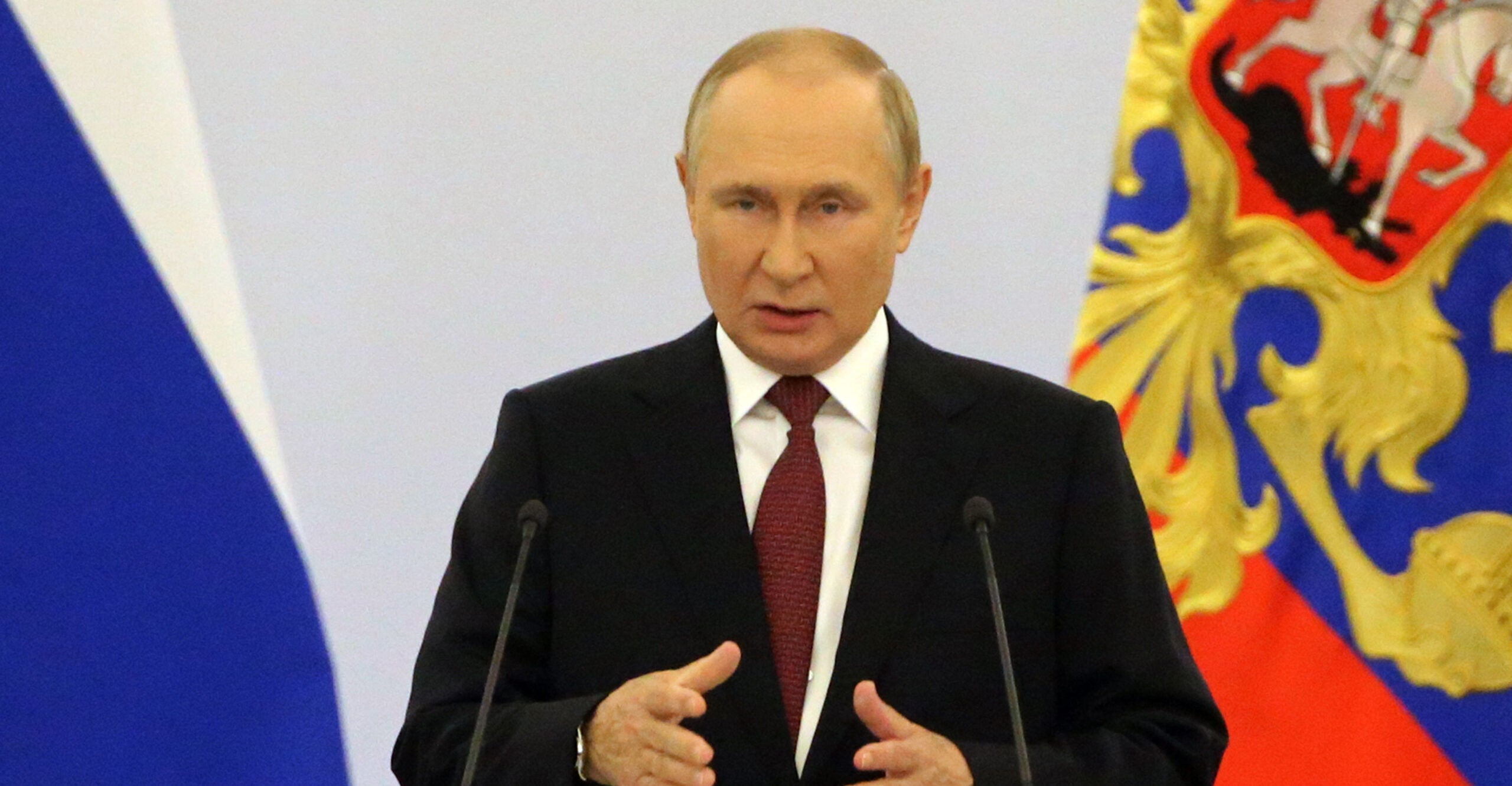 Six months after the start of his invasion of Ukraine, Russian President Vladimir Putin on Sept. 21 addressed his “special military operation” in a nationally televised speech. To our ears, and maybe even to a segment of the Russian population, his justification for war smacks of delusion.

Putin said that his action was to “liberate [Ukraine’s Donbass region] from the neo-Nazi regime, which seized power in Ukraine in 2014 as the result of an armed state coup.”

He went on to claim that “the goal of [some in] the West is to weaken, divide, and ultimately destroy our country. … [T]hey managed to split up the Soviet Union and now is the time to do the same to Russia … .”

At the end of his address, Putin ominously asserted:

Washington, London, and Brussels are openly encouraging [Kyiv] to move the hostilities to our territory. … [To defeat Russia] on the battlefield by any means. … They have even resorted to the nuclear blackmail. … [U]sing weapons of mass destruction—nuclear weapons—against Russia.

I would like to remind those who make such statements regarding Russia that our country has different types of weapons as well, and some of them are more modern than the weapons NATO countries have.

In the event of a threat to the territorial integrity of our country and to defend Russia and our people, we will certainly make use of all weapon systems available to us. This is not a bluff.

We think Putin is daft, of course. No one in the West has any interest in invading Russia. But it isn’t what we think that ultimately matters; it’s what Putin thinks that drives his decisions.

In the world of security, deterrence—whether nuclear or conventional—is a function of the person you are wanting to deter, believing you can stop them from achieving their objectives or imposing such costs that they conclude the loss will exceed whatever gain they hoped to achieve.

In short, you shape your actions to account for how the other party views risk.

That’s perhaps the most important lesson to be learned from Putin’s war against Ukraine: Just because you think a course of action is foolish doesn’t mean the other person thinks the same.

Before Russian forces crossed into Ukraine, many thought Putin wouldn’t do such a thing, that he had too much to lose economically and diplomatically.

After Putin’s forces bogged down in their drive on Kyiv, many thought Moscow would recognize its failure and pull out. Then analysts thought the Russians would have difficulty redeploying forces to renew assaults in the east and along the Black Sea coast.

Ukraine’s recent counteroffensive was quickly celebrated as perhaps the beginning of the end of Russia’s misguided war. But surprise, surprise: Putin’s conviction to reclaim Russia’s glory and to defend it from the decadent West has frustrated everyone who thought this nightmare was nearly over.

Putin has now ordered a massive mobilization of reserves and is preparing to shift to a wartime economy. Yes, protests have erupted across the country, and analysts agree that mobilization will take many months, and since the Russians remain hobbled with dispirited forces, lousy leadership, and logistical problems, Putin must surely see his efforts is doomed to fail.

And yet he persists.

And it’s an important reminder that zealots in other capitals have views, objectives, and risk assessments that differ from America’s in profound ways.

There are only a few things that truly affect America’s security—the efforts of allies, the actions of enemies, and America’s military power. Of these, the U.S. can truly control only one: its own military.

Since no one can predict the future, and since history provides overwhelming evidence that threats can arise with little warning, that allies might fall short of their promises, and that enemies act unpredictably, it’s essential for the U.S. to ensure its insurance policy, the U.S. military, is ready to do what only it can do: protect America and its interests in a volatile, uncooperative, and oftentimes dangerous world.

We prefer to think that no country would ever use nuclear weapons, that national leaders would not risk their economic interests and the welfare of their people, and that major war is an artifact of the past. But Russia’s assault on Ukraine, China’s aggressive militarization, and Iran’s relentless pursuit of nuclear weapon capabilities are stark reminders that much of the world thinks much differently than we do. They dance to a much different tune.

Homeschool your kids — they may be thankful that you did
Black Friday online sales to hit new record, expected to top $9 billion
‘I am thankful for the freedom of self’: Women express gratitude for their abortions in piece posted on Thanksgiving
Stopping the Spread
Focus on the Family Blamed for Club Q Shooting Despite Jim Daly Condemnation, Suspect’s Non-Binary Identity