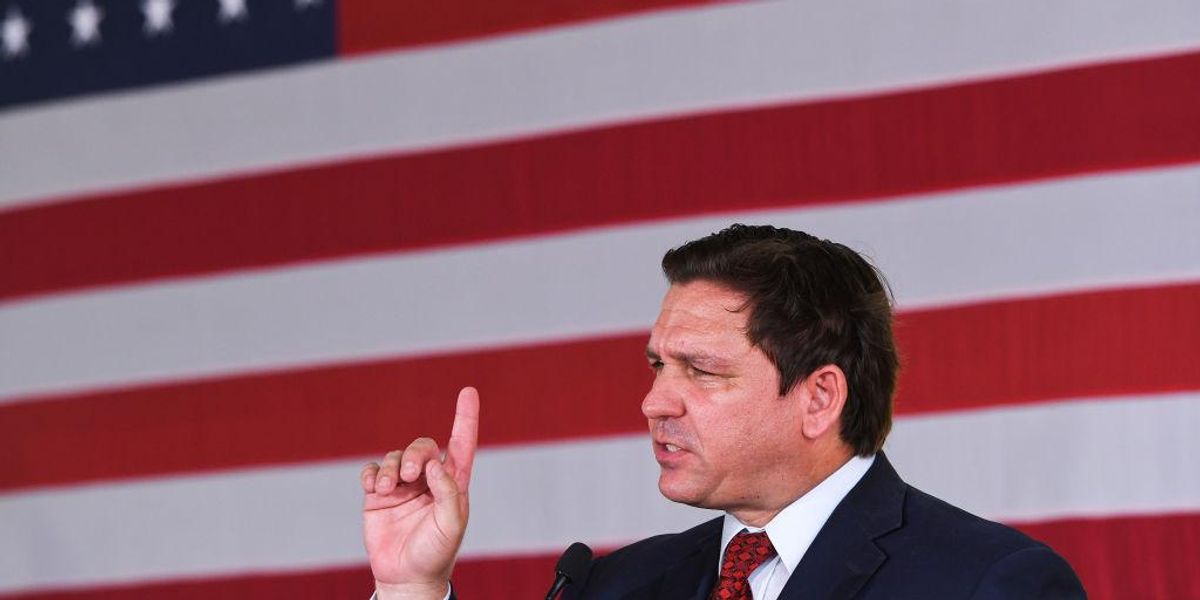 The poll was conducted September 18-25, which was before Hurricane Ian wreaked havoc in the state last week.

Given a list of issues, 39% selected economic matters as being the most important when they decide who they will back during the election, while “Threats to our democracy” came in a distant second place at just 16%.

Crist previously served as Florida governor from 2007 to 2011 after getting elected to the post as a Republican. He lost a 2010 U.S. Senate race to Rubio while running as an independent. He lost the 2014 gubernatorial race to then-Gov. Rick Scott while running as a Democrat. Crist won election to the U.S. House of Representatives as a Democrat in 2016, and went on to serve from 2017 until he stepped down from that role at the end of August 2022.

“Those who support the governor should stay with him and vote for him,” Crist said in August of DeSantis backers, adding emphatically, “I don’t want your vote.”

Lorie Smith Goes to Washington Fighting to ‘Create and Design’ Consistent With Her Faith
Is Trump Costing the GOP the Senate Seat in Georgia Again?
CBS Swoons Over Obama Stumping for Warnock, Bringing ‘Zingers’ Against Walker
Alyssa Milano says she returned her Tesla because Elon Musk could have solved world hunger with the money he used to buy Twitter
Iranian Arms Sales to Moscow Benefit Tehran, Too