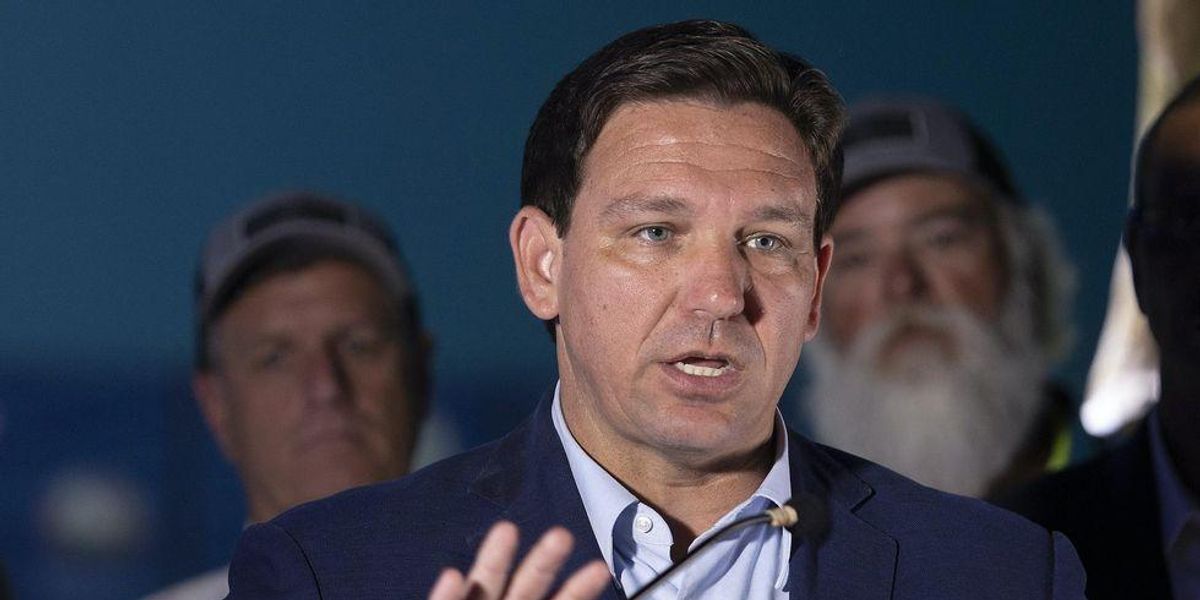 Politico was pummeled by right-leaning social media users after the news outlet referred to taxpayer money as “Biden’s wallet” while trying to smear Republican Florida Gov. Ron DeSantis as a hypocrite.

The outlet tried to make DeSantis appear hypocritical for accepting federal aid in the wake of the devastatingly destructive Hurricane Ian while decrying federal spending in the past.

“Gov. Ron DeSantis has been a persistent critic of President Joe Biden on nearly every policy front as he moves toward a likely potential 2024 presidential bid. But the Florida Republican likes one thing about the president: his wallet,” the article read.

u201cDeSantis has been a critic of Biden on nearly every policy front. But he sure does like the president’s wallet.nnOver the past two years, DeSantisu2019 admin received billions in federal relief cash, which the governor has used to fund his top priorities.nnhttps://t.co/pmzBGQpz2eu201d

The piece went on to document other money Florida had received during the coronavirus pandemic.

Many on social media pounced on Politico to batter it for the misleading accusation.

“What the hell is this? Biden’s personal wallet, or the US Treasury?? Every governor has received those funds. Newsom uses them for his pet projects. Where is your hit piece there?” asked Red State editor Jennifer Van Laar.

“I realize that basic civics isn’t a strength among many national reporters, but federal money doesn’t belong to the President. I get why it might be confusing because he keeps trying to spend it without Congressional authorization, but that’s not how our system works,” read another popular response.

“Should Gavin Newsom have turned down all federal budget money when Trump was president? This is a weird story,” responded reporter Zaid Jilani.

“The characterization of disaster relief as coming from ‘the president’s wallet’ is too stupid for words,” read another response.

“I strongly dislike the phrase ‘the president’s wallet.’ It’s the federal treasury, filled with the taxpayers’ dollars, which are allocated by Congress,” replied Conor Friedersdorf, writer at the Atlantic.

A spokesperson for DeSantis also responded to the Politico piece.

“Give it a rest with amplifying all the critics,” said the spokesperson. “As the governor said earlier, we have no time for politics or pettiness.”

“Americans in any state hit by a disaster are entitled to federal disaster relief funds, whether or not you approve of the governor. The media disgusts me more every day,” tweeted Christina Pushaw, the rapid response director for DeSantis.

Here’s more from DeSantis on the hurricane: