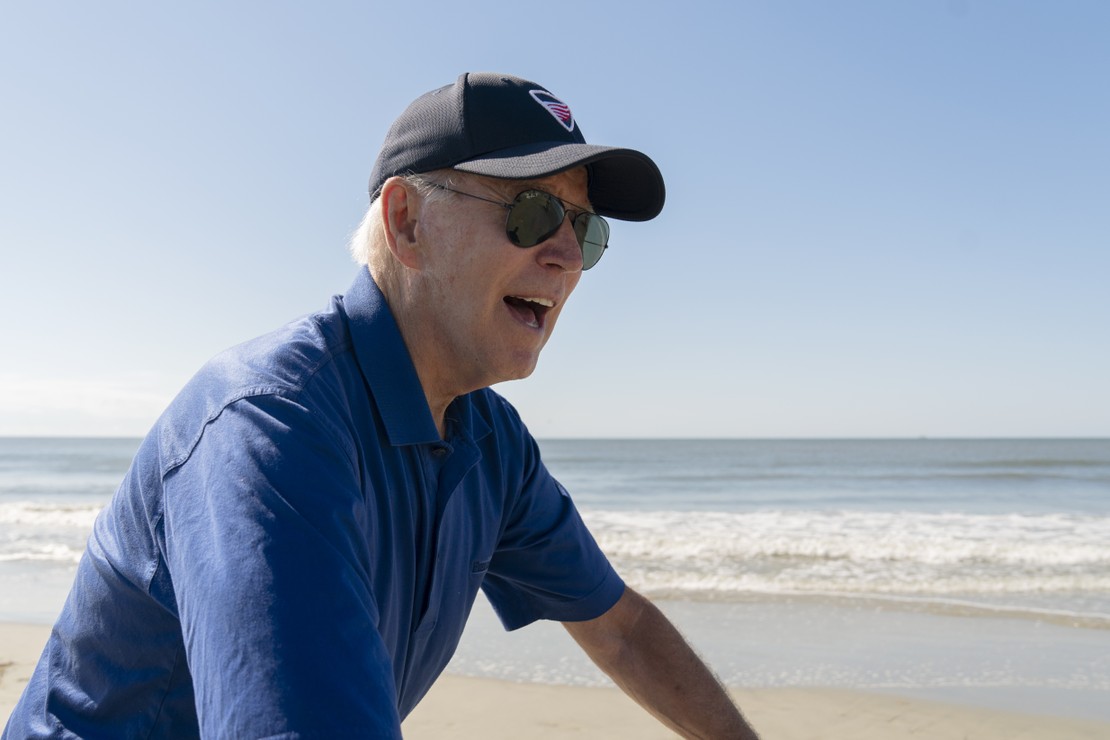 Who exactly is Joe Biden? I wonder if we asked him if he would even know. It’s hard for me to keep track of everything he’s claimed to be, based on his life experiences. For example, during a visit to Puerto Rico on Monday, Biden said, “I was sort of raised in the Puerto Rican community at home, politically.”

Really? Imagine that. I’m sure Biden thought this claim would go over well with his audience, but is it even true? I’m inclined to say it’s not because we’ve heard Biden make claims like this before. During his presidential campaign, Biden claimed that he had been “raised in the black church” politically.

“I have a lot of black support because that’s where I come from. I was raised in the black church, politically, not a joke,” Biden said. “When I got into politics, I was the only white guy working on the east side, in the projects, because these were the guys I grew up with. These were the guys I worked with.”

BIDEN: “I was sort of raised in the Puerto Rican community at home, politically.” pic.twitter.com/sW3X3VU0sw

Wow, so he was both “raised in the Puerto Rican community at home, politically,” and “raised in the black church, politically.” That’s amazing. Especially since just last week, during the White House-hosted Rosh Hashanah reception, the Catholic Joe Biden basically said that he also grew up Jewish because he went to Jewish services more than most of the Jews in the audience did.

“I probably went to shul more than many of you did,” he said, prompting laughter from the audience. “You all think I’m kidding, he can tell you I’m not. I’m not.”

He added, “I’m a practicing Catholic, but I’d go to services on Saturday and on Sunday. You think I’m kidding.”

I do think he’s kidding. Which is just a more diplomatic way of saying that I think he’s lying. Why? Well, haven’t you noticed that Biden likes to assert himself as a member of every community he wants to pander to?

Also for our VIPs: Biden Just Landed in Puerto Rico, and We Know the Real Reason Why

The problem is that there’s no reason to believe any of it because Biden has a long history of exaggerating his personal story. He claimed to have marched in the civil rights movement. “When I marched in the civil rights movement, I did not march with a 12-point program,” Biden claimed in 1987. “I marched with tens of thousands of others to change attitudes, and we changed attitudes.” It wasn’t true.

He also claimed to have been arrested trying to see Nelson Mandela in South Africa, which wasn’t true. He’s claimed to have been a professor, even though he only had an honorary position and never taught a class. He claimed to have visited Israel during the Six-Day War in 1967, which was also not true. For years, he falsely claimed his first wife and daughter were killed by a drunk driver when, in fact, it was likely his wife who was at fault in that accident.

Biden has been in politics since the Paleolithic Age, and there’s no doubt in my mind that politics has dictated how various elements of his life have been finessed over the years. If I close my eyes, I can visualize with amazing clarity a political consultant telling Biden how to romanticize his backstory with various exaggerations that make his life sound more like a progressive fairytale.

One such example is Biden’s story of the first time he saw two men kiss when he was a teenager in 1961.

“My dad [Joseph Biden Sr.] dropped me off at the town square. And there were two men in suits standing on the corner and the light was red and they kissed as I was getting out of the car,” Biden claimed in 2018. “I looked back at my dad because I hadn’t seen that before and he said, ‘It’s simple Joe. They love each other.’”

I’d bet my life savings that this never happened. Of course, there’s no way to prove it one way or the other, but considering how much of Biden’s personal story has been repackaged with lies, there’s certainly no reason to take Biden at his word on anything. Biden is simply trying too hard to be everything to everybody, even at the expense of the truth.