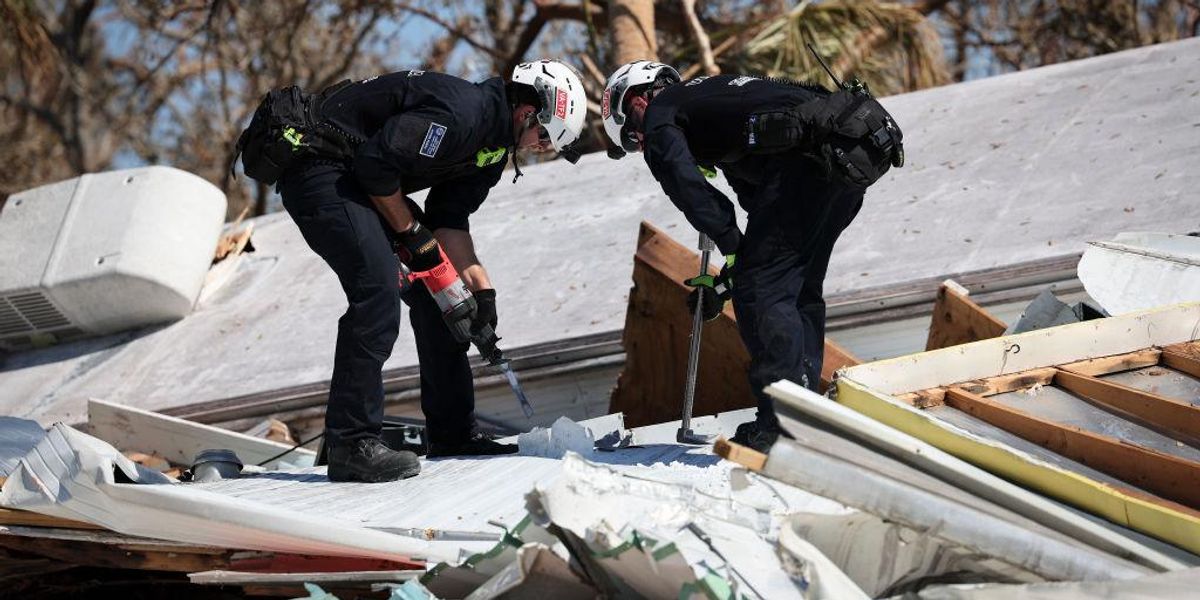 The death toll for Hurricane Ian rose to 100 Monday as rescue efforts continue in the aftermath of the storm.

Florida officials have reported 96 deaths, and four more people were reported dead in North Carolina, NBC News reports. Most of the Florida deaths were in Lee County, where tragically, 54 people were confirmed dead after Ian made landfall as a Category 4 storm at Fort Myers and Sanibel Island last Wednesday.

Lee County officials have faced criticism for acting too slowly ahead of the hurricane’s landfall. An evacuation order for the Fort Myers area was not put into effect until last Tuesday, but Florida’s chief emergency administrator pushed back against critics who say delayed evacuations caused deaths.

“I believe Lee County and their administration …. made the best decision they felt was right for their community at that time,” Florida Division of Emergency Management director Kevin Guthrie told reporters on Monday. “And I will never second-guess a local emergency manager on their decision.”

Though other Florida counties had issued evacuation orders before Lee County, Guthrie and other officials have defended the emergency response, arguing evacuations were ordered based on where the storm was projected to make landfall at the time.

“Emergency management directors do not have a crystal ball,” Guthrie said. “They made the best decision on the information they had at the time.”

Gov. Ron DeSantis (R-Fla.) has likewise said local officials were making decisions based on what was known about the storm at the time.

“The were following the data,” DeSantis said at a press conference on Saturday.

“And you remember, people were looking initially at the Panhandle on Sunday, then Monday came and people were thinking maybe north of Tampa Bay. When we went to bed Monday night, people were saying this is a direct hit on Tampa Bay, worst-case scenario for the state,” he continued. “As that track started to shift south, and the computer models, the next morning they called for the evacuation, they opened their shelters, and they responded very quickly to the data.”

By Monday evening, DeSantis was calling on reporters to focus on the rescue effort rather than potential mistakes that were made before Ian devastated Florida’s southwest coast. Hundreds of thousands of state residents remain without power, and that’s if their homes are still standing at all.

There are still 417,896 homes and businesses without power as of Tuesday, according to PowerOutage.us. Officials expect power to be fully restored by Sunday where “infrastructure is still standing.”

An update from DeSantis’ press office said the governor and first lady Casey DeSantis are traveling to areas impacted by the hurricane and meeting with survivors.

“There are currently 42,000 linemen responding to the more than 428,000 reported power outages. They have already restored power to more than 2.2 million accounts across the state. There are currently 11 fueling depot stations open statewide, and a mobile fuel truck has been deployed to Arcadia to support residents without access to fuel,” the release said.

Many roads and bridges remain out of service due to flooding, the director of the Florida Highway Patrol told reporters Monday.

“We still have several roadways that are under water. Keep in mind that just because the water recedes don’t necessarily mean the roadway is safe to travel on. There is high likelihood of washouts under the asphalt, under the roadways. So please don’t try to drive around barricades,” he added.