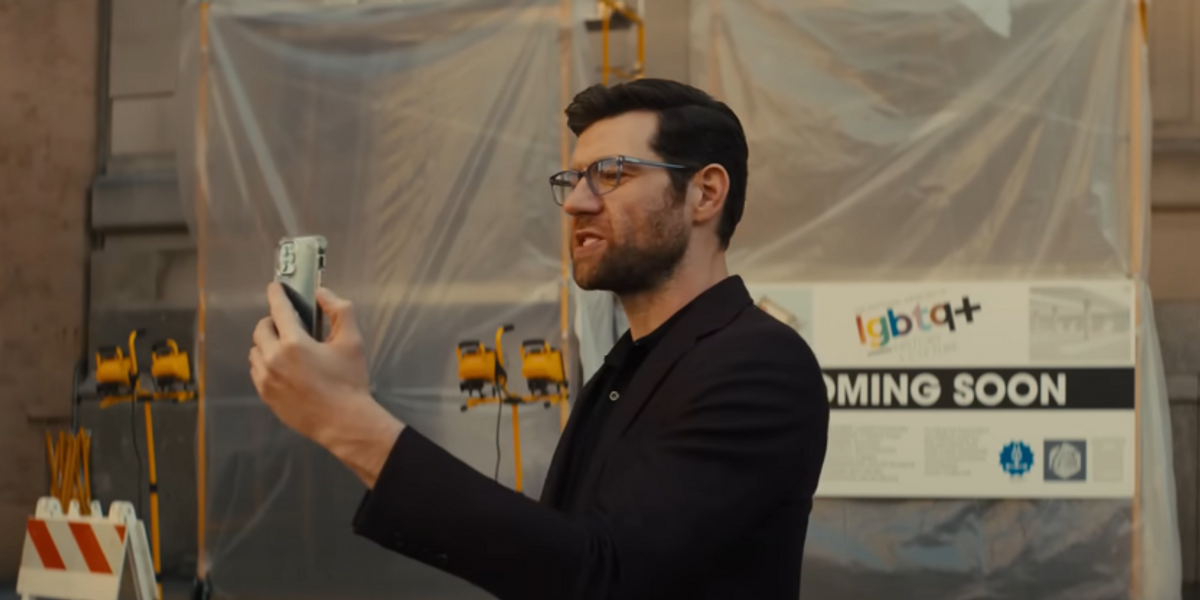 Billy Eichner is upset at straight people for not showing up to the opening weekend of his new gay rom-com movie “Bros.” The liberal actor is also blaming homophobia for the movie’s dismal box office opening.

Eichner is best known for being the host of the comedy game show “Billy on the Street,” which aired on Fuse, truTV, and the website Funny or Die.

Universal Pictures touts “Bros” as “featuring an entirely LGBTQ+ principal cast.” Eichner boasted to The Hollywood Reporter that “the entire cast should be openly LGBTQ+ actors, including in the straight roles.”

GLAAD describes the dynamic between Eichner’s character Bobby and his love interest Aaron, “Bobby and Aaron couldn’t be more different, but there’s an attraction. True to rom-coms before it, the pair tend to dance around becoming a full-blown couple while they navigate their courtship through aggressively making out in the park, steroid usage, and participating in threesomes.”

Actor Luke Macfarlane said he was comfortable performing the raunchy nude sex scenes with Eichner, but was not interested in being spit on by him.

“We had an intimacy coordinator on ‘Bros,’ but Billy and I felt really comfortable. We gave each other permission to go for it,” Macfarlane said.

Macfarlane told Variety, “I think there was a moment when Billy was like, ‘Should we spit on each other?’ I was like, ‘Nope.'”

IMDb notes the dialogue between two LGBTQ characters in the movie:

Despite massive promotion from legacy media and overwhelmingly glowing reviews from critics, “Bros” flopped. Eichner’s LGBTQ movie debuted to an abysmal $4.8 million at the box office despite playing in 3,350 theaters nationwide.

The Hollywood Reporter said the movie had done “little business in much of middle America and the south.”

Previously, Eichner has openly and vitriolically voiced his utter disdain for Christians, Republicans, and former President Donald Trump on Twitter.

Eichner’s movie that he wrote and starred in had a production budget of $22 million.

After the dismal box office numbers for “Bros” was released on Sunday night, Eichner lashed out at straight people and insinuated that anyone who didn’t want to see his LGBTQ movie was “homophobic.”

“Even with glowing reviews, great Rotten Tomatoes scores, an A CinemaScore etc, straight people, especially in certain parts of the country, just didn’t show up for Bros,” Eichner wrote on Twitter. “And that’s disappointing but it is what it is.”

“Everyone who ISN’T a homophobic weirdo should go see BROS tonight,” he urged. “You will have a blast! And it *is* special and uniquely powerful to see this particular story on a big screen, esp for queer folks who don’t get this opportunity often.”

In August, Eichner unabashedly attempted the same tactic of shaming people as homophobic if people don’t see his movie.

“I need you all there on Sept. 30 because we need to show all the homophobes like Clarence Thomas and all the homophobes on the Supreme Court that we want gay love stories,” Eichner said during the MTV Video Music Awards (VMAs). “And we support LGBTQ people, and we are not letting them drag us into the last century, because they are in the past and ‘Bros’ is in the future.”

Despite Eichner blaming straight people for the lack of success, other LGBTQ movies have flourished at the box office.

You can watch the trailer for “Bros” below.