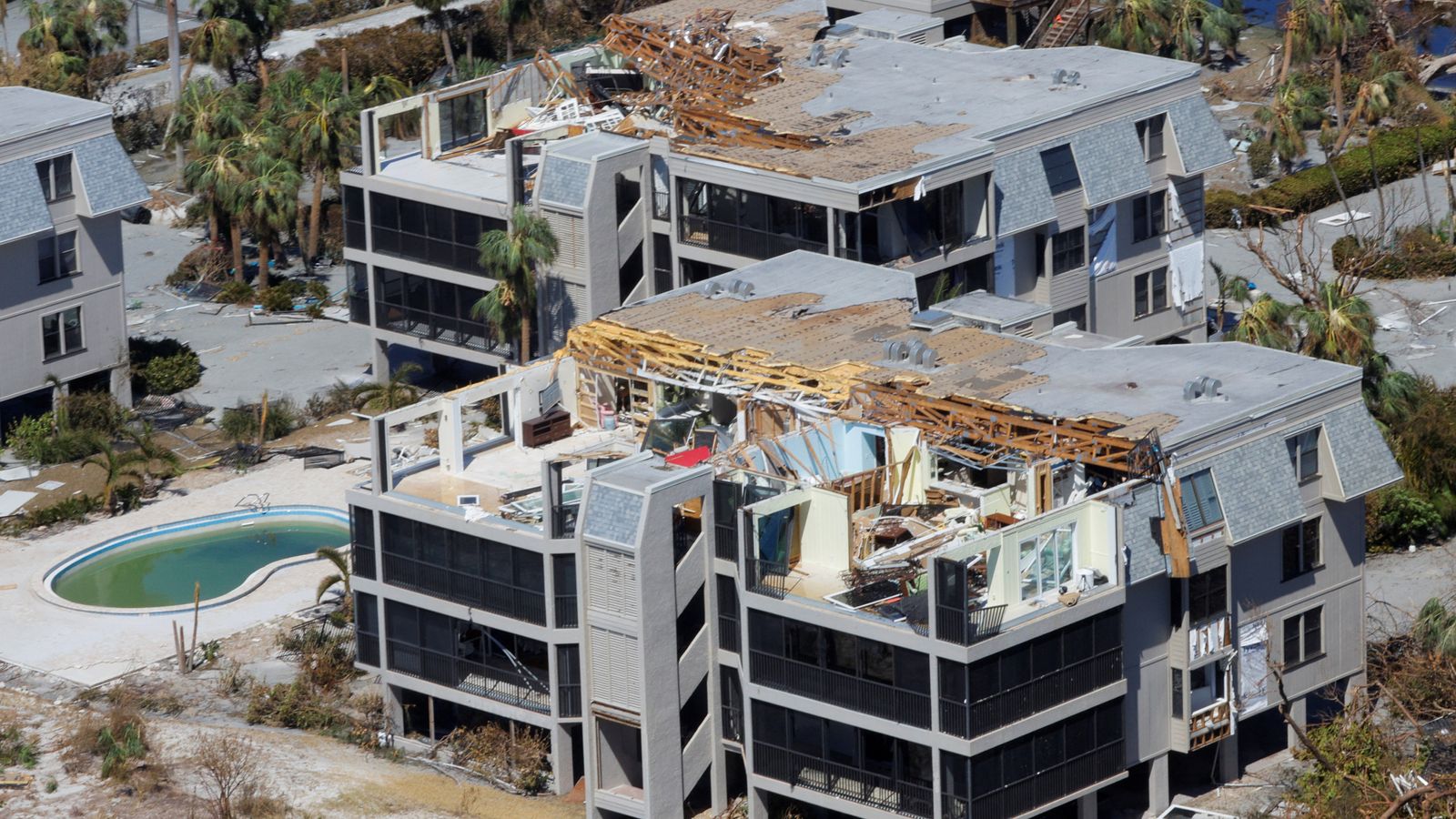 As we drove towards Fort Myers, what struck me first was the traffic.

We were one of thousands of cars trying to get into the worst hit area of Hurricane Ian.

The queues started the other side of the state. A line of cars, stuffed with bedding, some with strapped on generators, some pulling rowing boats, all headed back in, to see what was left.

As we got closer, the desperation grew greater.

In Fort Myers, zigzags of cars wound down palm tree-strewn streets, in line for a gas station with no gas. People were stood waiting with jerrycans, some since the early hours of the morning.

There is destruction here: upended concrete pillars, boats piled up on the shore, but the Stars and Stripes still fly – albeit the flags are ripped in half.

It is the logistical challenge that is most striking. Basic operations have been smashed to a halt.

A two-hour drive up the coast took us six hours last night, through flooded back roads, passing abandoned cars and emergency vehicles evacuating patients from hospitals with no power.

Drivers were disregarding road markings – even roads themselves – in the frantic overnight scramble to reroute out of a highway that was flooding with run-off. 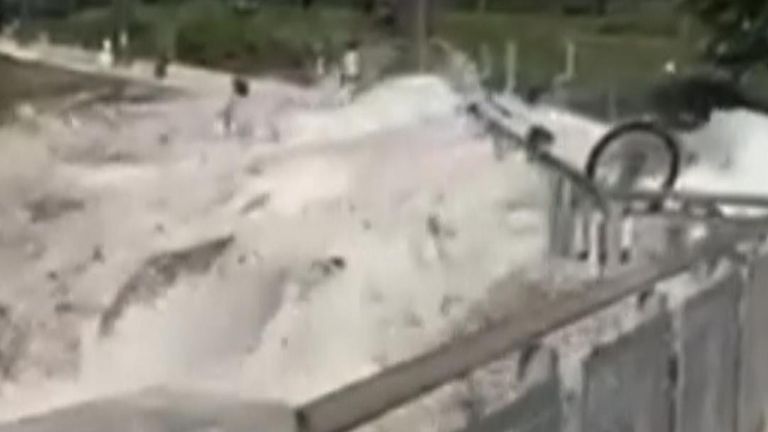 The storm surges have moved north, but it’s not over for the residents of southwest Florida. Rivers are swelling. Areas in desperate need are being cut off in new ways, as the water rises.

Now communities are taking rescue efforts into their own hands. We saw one elderly man and his dog saved from waist-high flooding in his home. The rescuers? His neighbours, who had brought a boat to find out how badly their own home was hit. The family heard him banging on his door and shouting for help.

State trooper escorts clear the path for tankers of water, headed to hospitals and emergency water distribution centres. While 1.5 million homes and businesses are still without power.

There is talk of billions of dollars in damage, of years of rebuilding homes and harbours. But for now, the focus of those here is on getting back the bare necessities.