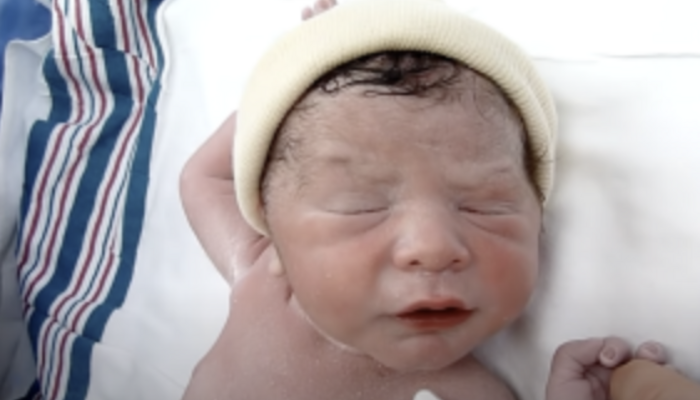 The media, ABC included, have an overwhelming tendency to only show one side of the story — whatever the leftist narrative is.

But in a surprising segment regarding the abortion battle in Illinois, ABC actually dedicated a portion of its coverage to point out some negative effects of abortion. While the coverage only took up 69 seconds out of the eight minute segment, it’s nice to see that a major news outlet at least allotted some time to the pro-life discussion.

ABC spent most of the video discussing the economic turmoil Granite City, Illinois is in due to declining population in the area as well as numerous area steel factory shutdowns. One thing the city does have however, as ABC viewed as a “pro,” is its ample number of abortion providers.

Following the overturn of Roe v. Wade, Granite City’s Hope Clinic for Women boasted about the 600+ calls it received from women seeking abortion. ABC showed a helpful graphic of blue Illinois surrounded by red states where life is more valued.

It was evident from the start the ABC geared its support for the pro-abort argument but it’s important to note that ABC did not completely ignore the pro-life movement as it and other outlets normally do.

At around six minutes, ABC reporter Linsey Davis sat down with two women from the pro-life group Support After Abortion.

“[G]roups like Support After Abortion are offering therapy and support to women and men who have undergone or experienced regret from an abortion,” Davis announced.

Board member Joan Kane and former patient Patricia Brown spoke with the ABC reporter on the lack of knowledge and coverage on the part of the abortion issue that Support After Abortion focuses on.

“We help provide healing to people who have had an adverse reaction to abortion. It’s a place where a person can come to receive confidential, nonbiased support. Everyone deserves healing,” Kane told ABC.

ABC also highlighted Brown’s testimony from when she had an abortion at 16-years-old and felt extreme guilt. “If I’d known there would be an emptiness, ain’t no way I would have.”

Support After Abortion plans to release a study on October 3 regarding the 35% of women who experienced adverse emotional and psychological effects following medication abortions. Hopefully ABC’s slight coverage will direct people towards the group and its upcoming study.

We appreciate ABC’s even-handed coverage of Support After Abortion’s mission to help women and men who suffer after abortion,” said Support After Abortion CEO Lisa Rowe. Abortion is often framed as a political issue, which disenfranchises women and men who experience adverse impacts like grief, anger, and shame. ABC’s story was about politics and revenue, but it also showed the human side of suffering after abortion.

It’s shocking that ABC gave the pro-life movement even a glimmer of coverage.

While we can’t say this is equal footing, we can argue that it’s at least a step in the right direction. Even 69 seconds of positive, life-affirming content can help change a woman’s heart on whether or not she seeks an abortion and therefore, it’s worth it.