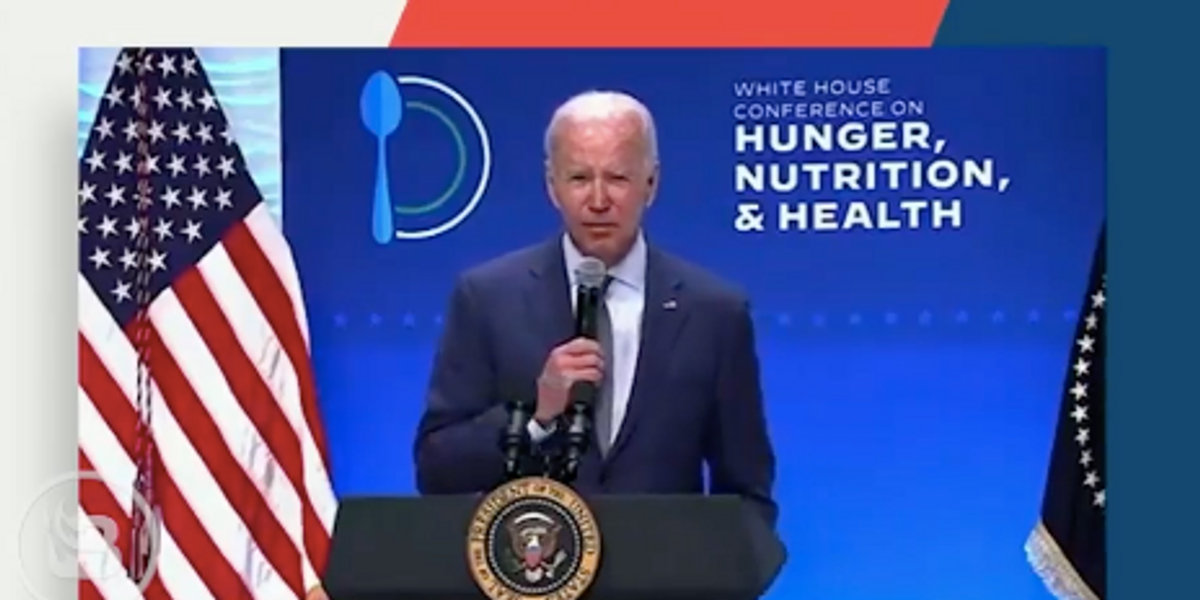 “The Steve Deace Show’s” “What Happened While We Were Away” montage featured clips of recent headlines that are cringe-worthy. In this cut, the show featured footage of Hurricane Ian making landfall yesterday, President Joe Biden’s tragic gaffe during his opening remarks at a White House conference on hunger, nutrition, and health when he called out for the late Rep. Jackie Walorski, the Indiana Republican who tragically died in a car crash back in August.

Also featured in this montage is the press stepping up with concerns over Biden’s most embarrassing Jackie Walorksk moment. Also, recording artist Lizzo made history when she played a 200-year-old flute that former President James Madison once owned while she twerked at her Washington, D.C., concert.

And finally, BlazeTV contributor Alex Stein trolled patrons by asking for donations to help support the victims in Martha’s Vineyard who were affected by the 50 migrants relocated there by Florida Governor Ron DeSantis. Video below.

To enjoy more of Steve’s take on national politics, Christian worldview, and principled conservatism with a snarky twist, subscribe to BlazeTV — the largest multi-platform network of voices who love America, defend the Constitution, and live the American dream.