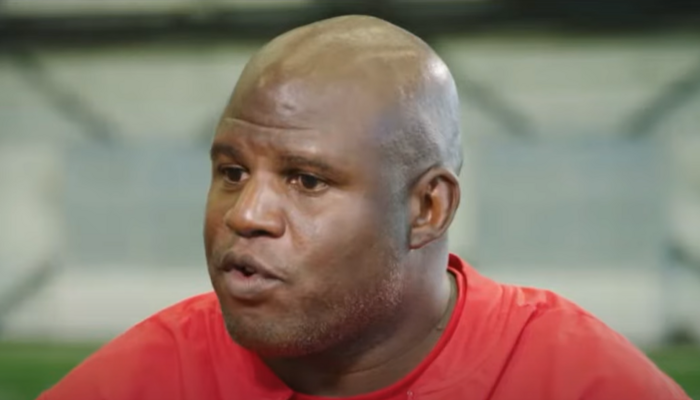 If Black Lives Matter or some other race hustling group had issued the “NFL Coaches Project,” it wouldn’t look much different than the indictment released this week by USA Today. USA Today’s verdict is that the league hasn’t progressed much in racial hiring over the last 40 years, and the league is guilty of systemic racism. It’s just another media claim of racism that does not stand up to scrutiny.

Hard left-tilting writers Nancy Armour and Chris Bumbaca say they unearthed “evidence of subconscious segregation that has helped funnel white assistants to coordinator and head coaching positions while stunting the progress of their Black counterparts.”

The NFL’s executive vice president of football operations is black, but he also contributed to the USA Today race grievance:

Biases are showing up before the (coach) even begins the interview. This is consistent over the last 15 to 20 years but, in particular, over the last few years.

Vincent cited several excuses teams have given for not hiring black coaching candidates. His list includes marginal responsibilities that shouldn’t hold back coaching candidates of any color: the trite responsibilities of actually calling plays and managing the game clock, inability to motivate veteran players, lousy interviews and nervousness. Additionally, some black candidates cited not looking the part of a coach as a rationale for missing out on career advancement.

USA Today mentioned Todd Bowles as a black coach who was passed over for a job during a recent hiring cycle. There are just a few slight problems with that assertion. Bowles is the current head coach of the Miami Dolphins. He was also head coach of the New York Jets, after serving several assistant coaching roles – including defensive coordinator for the Arizona Cardinals, where he looked very much the part of Associated Press Assistant Coach of the Year.

Kansas City’s black offensive coordinator Eric Bieniemy (appearing in photo), who does not call the plays, has whiffed at numerous head coaching interviews. But it’s always someone else’s fault, it’s always the race card. Vincent says he and others have an entitlement for career advancement:

Nobody can tell me that these men here, any combination you want, that they “don’t interview well,” that they “lack experience,” that they “didn’t look a part” or they “seemed nervous in the process.” It’s hard for me and many others to accept that … We just felt like this is the best that we have. These men, at minimum, should be presented an opportunity to lead a football franchise at the professional level.

Some of the percentages clearly deflate USA Today’s racial arguments. Of 722 on-field NFL coaches right now, 43.5 percent are non-white. That’s the largest percentage in NFL history, and it’s more than three times the national population of blacks (13 percent). Pittsburgh and Houston both have coaching staffs that are 60 or more percent non-white. So, where’s the beef?

Speaking on one of his recent Fearless videos, The Blaze’s Jason Whitlock refuted the race hysteria. He said blacks are more interested in playing pro football than coaching. Whitlock cited black players, who were not even all-conference level in college, have spent years trying to catch on to NFL teams and practice squads. At the same time, white men were more likely to start coaching careers at the graduate assistant level in college and work their way up through the coaching ranks.

Man behind the Korean wave talks about the future of K-pop and what aspiring artistes can do
Moscow Reports Third Long-Range Drone Strike On Russian Airfield In Two Days
‘Extremely advanced’ bomber aircraft unveiled by US
White House hosts celebs, politicians, and others for decadent state dinner that includes caviar-dolloped lobster as Americans grapple with soaring inflation
‘NOT FOR ME’: Univision’s Chevy Bolt Infomercial Spontaneously Combusts