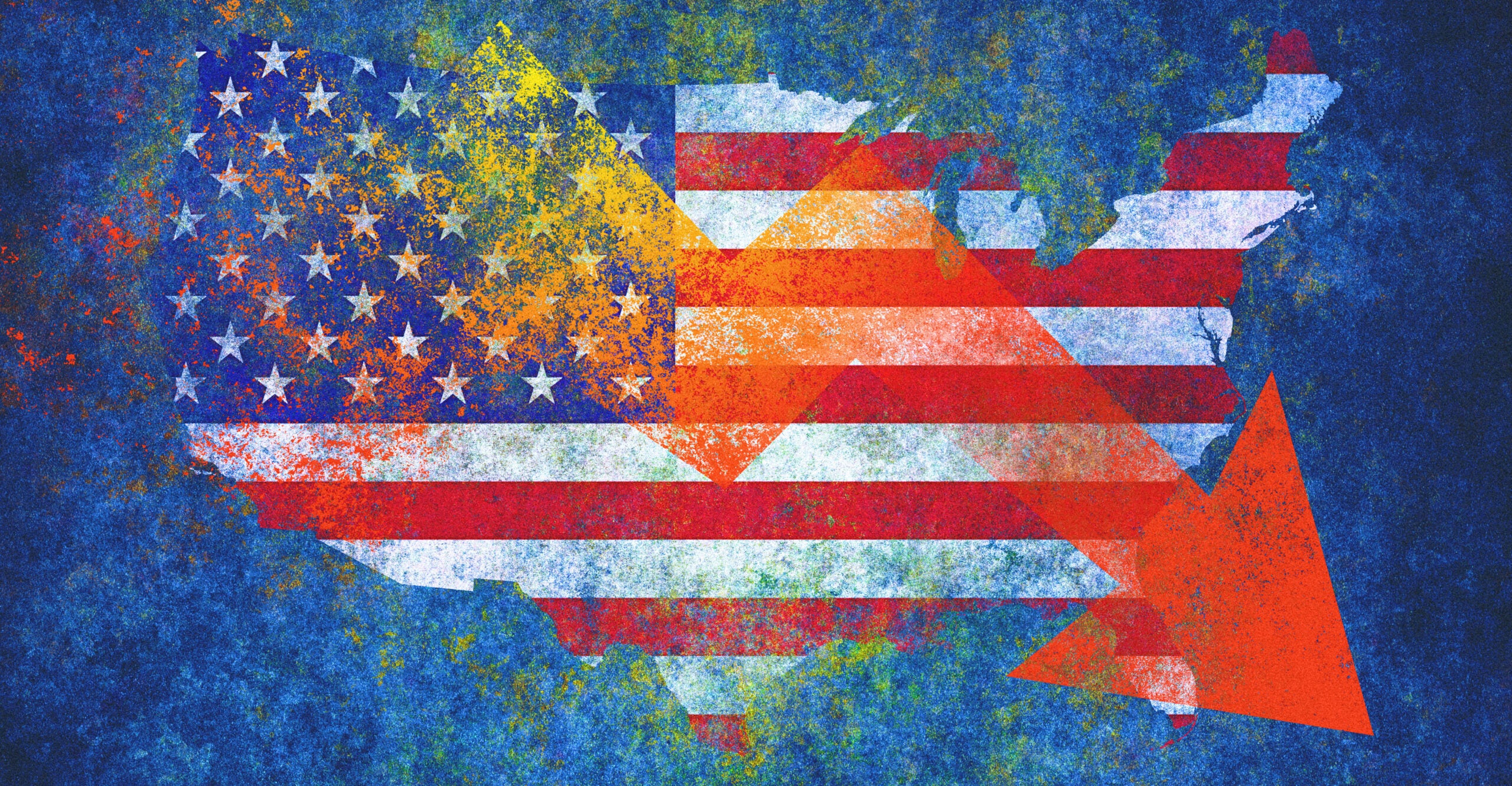 Newly released data from the Commerce Department show what some people have been saying for months: The nation is in recession. Furthermore, the Biden administration’s cherry-picking of data has come back to bite them, with even their selected data points now being revised to indicate a recession. And while these numbers confirm the economy shrank in the first half of the year, the rest of this year holds little promise of recovery.

The economy, as measured by gross domestic product (GDP)—the total value of all goods and services produced within the nation’s borders—shrank in the first two quarters of the year, but, in Orwellian fashion, the White House was quick to roll out their latest newspeak and declare that this no longer meant a recession. The Biden administration cited seemingly robust growth in gross domestic income, or GDI, to counter the decline in GDP. Yet for some reason, they are silent about today’s revised data.

That is probably because gross national income, or GNI—the total amount of money earned by the nation’s people and businesses—was revised heavily downward from 1.4% to just 0.1% in the second quarter. The average of GDP and GNI is considered a supplemental measure of economic activity, and Treasury Secretary Janet Yellen, among others, used this as proof the nation was not in recession, since the previous average was 0.4% growth in the second quarter.

Now, that figure is -0.3%. For the first quarter, that same figure was also revised down into negative territory. Simply put, the Biden administration has no data points left behind which they can hide—the recession is confirmed.

Manipulation of data is no substitute for sound economic policy. The Biden administration hung their hat on a single datum point that has now turned against them. Hoisted on their own petard, it is reminiscent of Jesus’ admonition to St. Peter, “He who lives by the sword, dies by the sword.”

But there are still more distressing signs in the latest Commerce Department report. Real (adjusted for inflation) disposable income in the second quarter decreased 1.5%; 0.9 percentage points worse than previously estimated. The savings rate for both quarters was also worse than the prior estimates. In other words, people are demonstrably worse off as inflation erases all their wage increases, and then some. The common man can afford to buy and save less than before.

The measures of inflation were also revised and were even worse than previously estimated. This includes “core” inflation, which excludes food and energy and is the Federal Reserve’s preferred inflation indicator. That means the Fed will likely continue their belated rate hikes, increasing the pain that accompanies higher interest rates.

But what does the future hold for the average American? Is the economy turning around? In a word, no.

The latest data indicate that the third quarter of this year may barely eke out positive economic growth, but things are looking bleak after that; the country is in the middle of a double-dip recession—a recession followed by a brief recovery and then another recession. Two key contributors to growth are vanishing before our eyes, yet few people see them.

Many businesses are still working through backlogs from the pandemic, called unfilled orders. Despite new orders for goods and services declining, businesses have been sustaining themselves on their unfilled orders, which are rapidly decreasing. Once those are gone, there are not enough new orders to sustain current economic output. That means layoffs, unemployment, and further recession.

Additionally, the only major positive contributor to GDP currently is net exports, which is simply how much the nation exports minus how much it imports, commonly called the trade deficit. The shrinking trade deficit has been boosting GDP, but this effect, too, is evaporating.

The U.S. dollar has been strengthening at a record pace relative to most other major currencies. That does not mean that the dollar itself is strong; our currency is merely winning a beauty contest of ugly people. Instead, it means that other currencies are losing value even faster than the dollar.

A relatively stronger dollar makes our exports more expensive, while making it cheaper for us to import. That exacerbates the trade deficit and reduces net exports, in turn, reducing GDP.

As with the collapse of new orders for businesses, the decline of net exports is signaling further economic contraction. For the common man, this means higher unemployment and a lower standard of living. After being squeezed by inflation during the boom, the middle class will get hit with unemployment during the bust.

For the Washington elites whose anti-energy, anti-growth, and pro-inflation policies caused this mess, recession represents buying opportunities. Prices for things like real estate and stocks tend to fall during contractions, as many people must liquidate their holdings. The “plebeian” concerns of unemployment fall disproportionately on lower- and middle-income families, not the wealthy.

As Victor Davis Hanson often points out, “The ruling class is exempt from the ramifications of their own actions.”

Man thrown over the side of a bridge after Chargers game in wild incident caught on video says his attacker has still not been arrested by police
Niece of big-name establishment Republican arrested following meltdown on Spirit plane: Report
Another Biden Family Corruption Cover-up Is Unraveling
‘I am not a criminal’: NHL All-Star speaks out against latest Canadian gun ban
Nets Ignore Twitter Files As NBC Blames Musk For Hate Speech