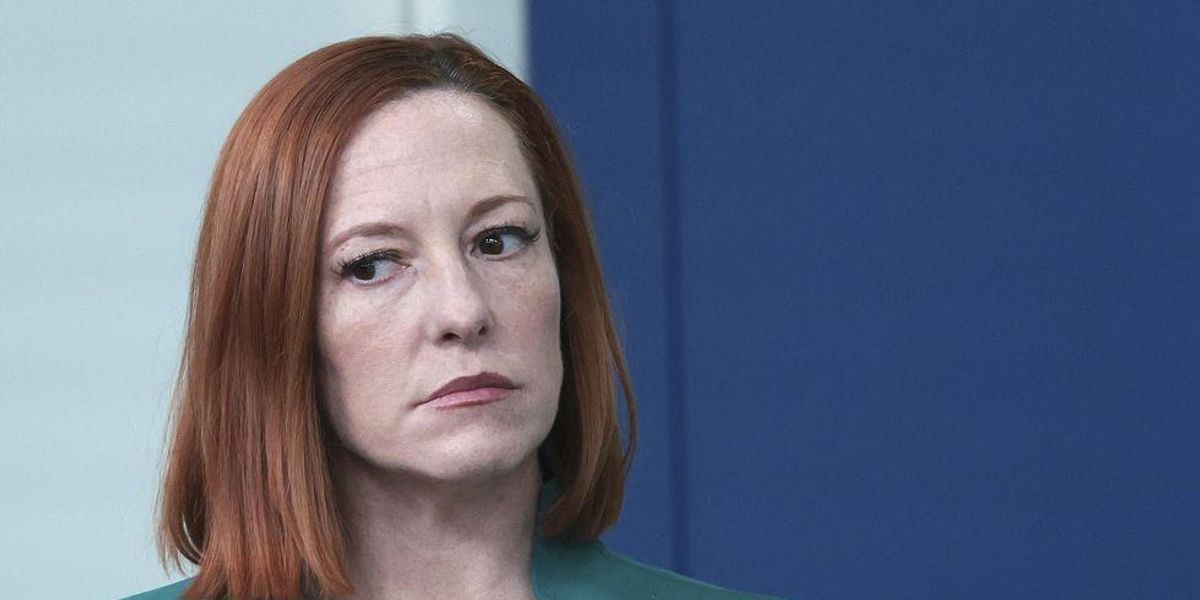 Jen Psaki revealed that the Biden administration tried to shift the focus away from who leaked the consequential Dobbs draft decision and called the reporting on the leak “historic” and “amazing.”

Psaki was interviewed as a part of the Texas Tribune Festival when she made the comments while speaking to journalist Emily Ramshaw.

“I was there the night that the story broke in Politico, and it was one of my last weeks in the White House,” said Psaki.

“But I remember the story breaking late at night and we had to figure out what, if anything, we were going to say that night because it wasn’t the confirmed ruling, it was a leaked story that of course turned out to be entirely accurate,” she recalled.

“And I think the reporting in that case was amazing, historic in many ways,” Psaki said.

“But as a White House, you’re really thinking about, um, you know, the responsibility of not weighing in on a decision that hasn’t been made by the Supreme Court. And there’s not a lot of precedent for it,” she added.

“So, in that night we were figuring that out, and then in the days that followed what we considered was how to communicate to the public the range of options we had at our disposal without overpromising what could be down if this ruling were to be made,” Psaki explained.

“We talked about, and tried to really refocus the attention not on who leaked it or how the leak happened, the ‘whodunnit’ of it all, but really what the impact would be of that decision, if that decision were to be made,” she said.

The leak of the draft decision in May has been called an incredibly grievous breach of the sanctity of the highest court of the land. Supreme Court Justice Elena Kagan, considered to be a part of the liberal wing of the court, called the leak “horrible” and “shocking,” while conservative Justice Clarence Thomas said some trust was lost in the court forever.

Kagan also indicated that some results of the investigation into the leaker would be provided to the justices soon.

Soon after leaving the White House, Psaki signed a deal with MSNBC as a contributor and will host her own show on the progressive news network beginning in January.

Here’s the video of Psaki’s interview:

Who will be Disney’s next CEO? Here are the top contenders to succeed Bob Iger
Evidence of Collusion
NEW NewsBusters Podcast: Censoring the Twitter Censorship Files
The RNC Chair Election Will Tell Us How Serious the GOP Is About Winning Again
Texas task force deploys drones, K-9s to manage ‘unprecedented number’ of illegal immigrant ‘gotaways’