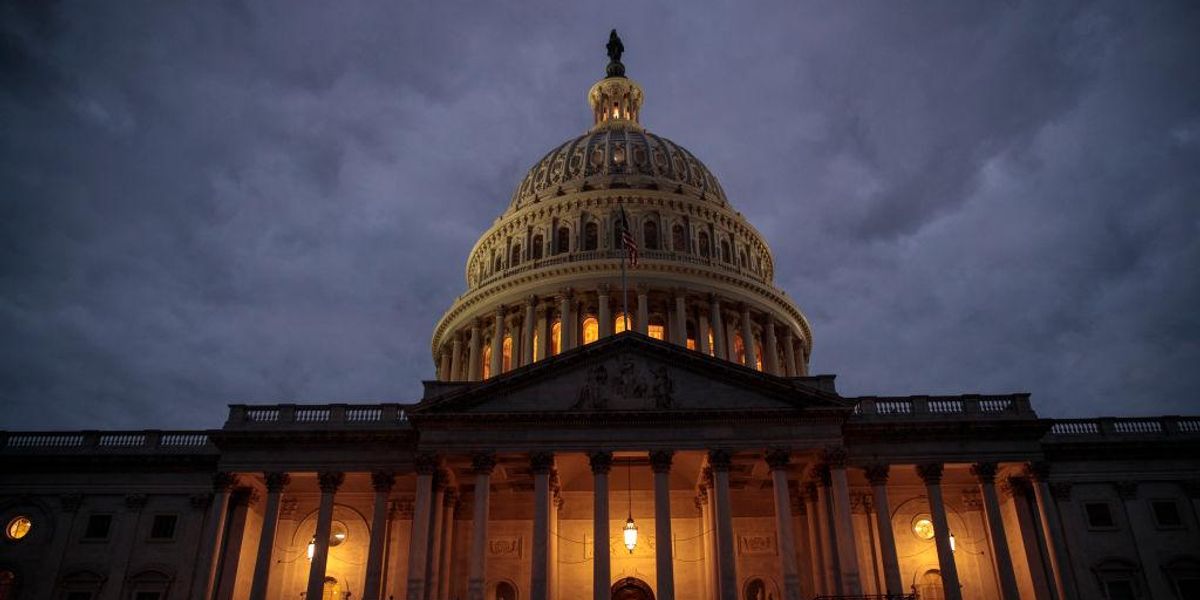 As Americans struggle under the heavy financial burden caused by soaring inflation, Congress could soon approve around $12 billion in additional aid pertaining to embattled nation of Ukraine.

The Associated Press, citing an unidentified individual familiar with the measure, reported that more than $12 billion in aid pertaining to Ukraine will be inserted into the stopgap spending legislation that would fund the U.S. government into the month of December.

The Biden administration’s request for the spending measure included $11.7 billion for security and economic assistance related to Ukraine, according to the AP. The outlet reported that in order to avert a partial government shutdown both houses of Congress would need to approve legislation by the the end of Friday, which marks the conclusion of the fiscal year.

Reuters, citing unidentified sources, reported that congressional negotiators had agreed to insert almost $12 billion of fresh military and economic aid for the nation of Ukraine into the measure. The outlet said that Biden had requested that the legislature supply $11.7 billion in new aid for Ukraine in the bill.

Ukraine has been seeking to defend itself against a brutal Russian invasion.

But Americans have been facing the devastating financial consequences caused by sky-high inflation. According consumer price index data from the U.S. Bureau of Labor Statistics, “The all items index increased 8.3 percent for the 12 months ending August, a smaller figure than the 8.5- percent increase for the period ending July.”

Last month, the Biden administration announced a plan to cancel massive amounts of federal student loan debt, a move that some have warned will worsen America’s inflation problem. The plan calls for cancelling $10,000 of student debt for individuals earning less than $125,000 per year, or less than $250,000 for married couples — people earning below those income thresholds who received Pell Grants would be eligible for $20,000 of loan cancellation.

“Sad to see what’s being done to bribe the voters. Biden’s student loan forgiveness plan may win Democrats some votes, but it fuels inflation, foots taxpayers with other people’s financial obligations, is unfair to those who paid their own way & creates irresponsible expectations,” GOP Sen. Mitt Romney of Utah tweeted last month.

u201cSad to see whatu2019s being done to bribe the voters. Biden’s student loan forgiveness plan may win Democrats some votes, but it fuels inflation, foots taxpayers with other peopleu2019s financial obligations, is unfair to those who paid their own way & creates irresponsible expectations.u201d

Man thrown over the side of a bridge after Chargers game in wild incident caught on video says his attacker has still not been arrested by police
The Dynamic of the Iran Protests is Changing as Armed Conflict Ignites in Separatist Regions
Elon Musk Exposes the Inside Story of Twitter’s Crackdown on Hunter Biden’s Laptop
Royals’ blighted US trip to end with Biden meeting and Eilish at prizegiving
Who will be Disney’s next CEO? Here are the top contenders to succeed Bob Iger