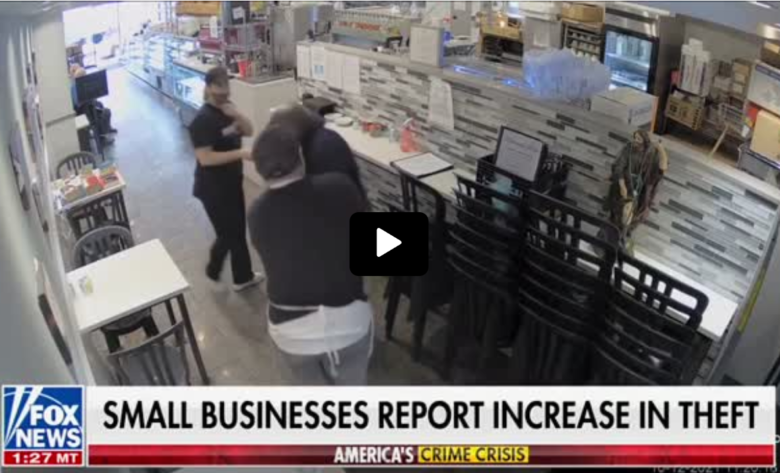 The manager of a small bakery in New York City described the effects of the spike in violent crime on the business during a Monday interview on Fox News.

“We had someone come in, he made his way around the counter. We have a little office section. What he did was he stole one of the manager’s bags off of the counter. There was money in there from the previous evening. My chef confronted him and he proceeded to try to attack him with a knife,” Mary Josephine Generoso said.

Almost half of businesses, 46%, raised prices to deal with growing retail theft, according to a survey by the United States Chamber of Commerce, while 56% of businesses reported dealing with shoplifting.

“We’ve raised some prices but also cut down on hours,” Generoso told Fox Business reporter Madison Alworth. “We just shortened the day, it makes it a little easier for us just to manage it that way.”

“Because of the crime, there are less people coming in. Unfortunately, they’re not coming into the city so it has affected us,” Generoso continued. “It’s hard to find people to work at night because of crime. We can’t send our female staff too late at night, we don’t feel comfortable doing that. They get on the subway, so of course we’re concerned for their well-being.”

Fox News contributor Geraldo Rivera noted that that a “toxic mix” of lax policies by online retailers and “liberal D.A.s” led to the current situation.

“There’s zero accountability. That’s a problem,” Fox News host Martha MacCallum said. “The people that they catch from this wawa thing, they should have their picture, they should be arrested. Everybody should know who they are.”

Adam Schiff Is Really Angry About The Possibility Of Being Removed From The Intel Committee (VIDEO)
Lawmakers Call For ‘Investigation’ Into Chinese Firm’s Potential Stake In Key Nevada Lithium Mine
Robbery suspect won’t face murder charges in shooting of gas station clerk since suspect allegedly returned fire at clerk — which can be considered self-defense
Ford claims No. 2 spot in EVs behind Tesla – but gap remains wide
Ron DeSantis has a new book coming out in early 2023