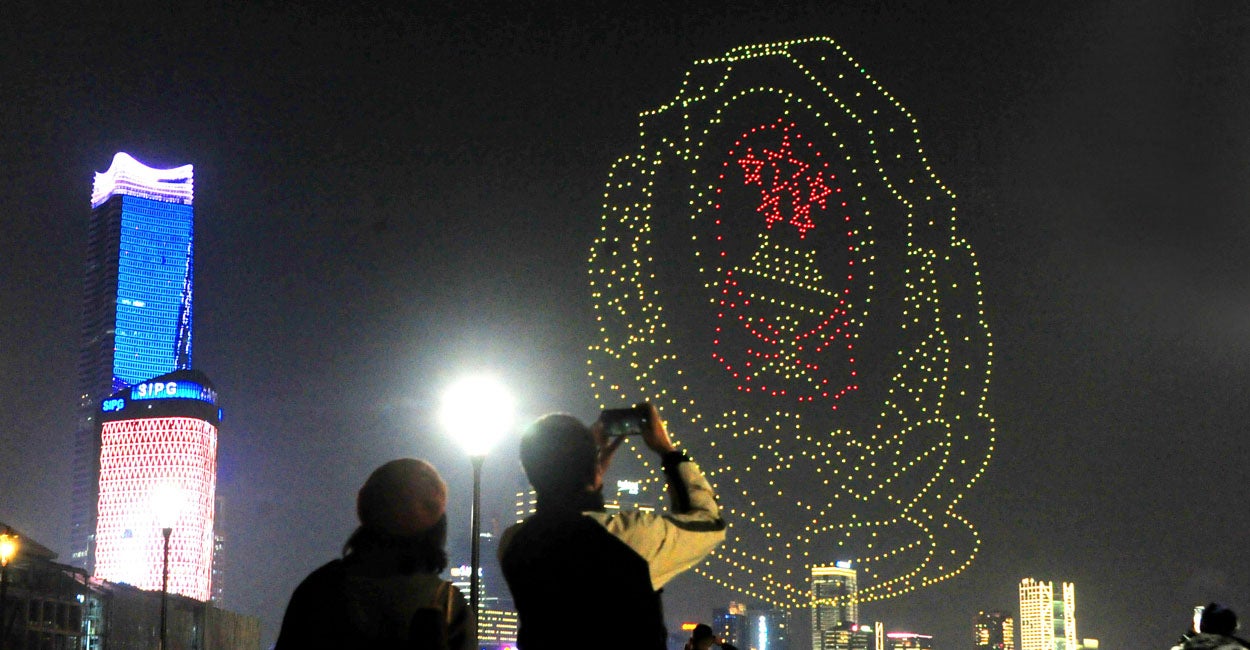 I don’t normally write about anything that is fiction. This is a bit of an exception.

Several good novels in the past few years have hinged on the looming technology gap between China and the U.S. with regard to cyberespionage, offensive hacking, and unmanned vehicle capabilities. All of which can be lumped together as military power on the cheap.

One of these books is “Ghost Fleet” by P.W. Sanger and August Cole; another is “2034: A Novel of the Next World War,” by Elliot Ackerman and Jim Stavridis. I recommend both novels as strong clarion calls for America to up its game in the tech realm, and also as looks into the challenges the nation could face.

Here’s another related, but perhaps even more likely, scenario.

This isn’t necessarily a tale of what might happen today, but it definitely isn’t a distant future fantasy, either.

A CIA cyberanalyst once told me: “There is a difference between fantasy and science fiction. Fantasy cannot happen, it is wizards and dragons (apologies to “Harry Potter” and “Game of Thrones” fans), but science fiction is different.  We can’t really do it now, but we will in the future, and probably much sooner in the future than you and I think today.”

I’ve never forgotten that wise and prescient observation. The story here is still a bit of science fiction today, but the horizon is very close.

Both of the aforementioned novels describe the havoc played by the Chinese through their cyber and unmanned vehicle capabilities. This is superpower action, albeit on a tight budget.

The Chinese are willing to spend a lot (and are doing so), but they’re not waiting until they develop “normal” superpower capabilities. They aim to obviate the capabilities of America, making them of no significant effect. This then would amplify their own power.

Experts have asked, “But will they really do this?” International relations theory says that possession of a capability by a nation-state doesn’t equate to an intention to use it. The reason:  A large nation-state often considers other mitigating factors.

China has skin in the international system. It is tied to others economically, such as the U.S., and through a myriad of international organizations. The Chinese also have hard targets which may be threatened by kinetic weapons (ICBMs, stealth bombers, etc.). In short, an actor such as China can be deterred.

The key point to this little tale is the intent of “other,” lesser actors. These could be small rogue states, or non-state actors (terror organizations, cartels, organized crime syndicates). These players often are dismissed as not relevant because they don’t have the wherewithal (monetary, scientific, and industrial) to develop the needed futuristic asymmetrical capabilities.

Or do they? Are there ways to overwhelm America’s defenses? Cyberattack already is on the board, but its effects often may be esoteric and hard to feel. Is there a “cheap” way to inflict enough pain (physical damage, terror, cost) to America in an age of highly focused cyberdefenses and counterterror surveillance?

Could America be “forced” to withdraw from a region or to change a critical policy? Al-Qaeda tried that on 9/11 and paid a huge price. Is there a possibility of a bigger and more enduring “knife at our throats?”

Suppose an adversary put together a drone swarm of two to three thousand small and medium unmanned aerial vehicles, maybe even up to 10,000 such UAVs. By launching such a swarm at a set of industrial targets, overseas military bases, or naval vessels, a rogue actor could tip the scales of a weak Washington administration’s policies.

A swarm is a fleet of unarmed aerial vehicles that may be targeted as a unified whole, either autonomously or directed by a small number of operators in order to overwhelm the defenses of a target or target set.

Presently, a swarm of 1,000 drones could overwhelm the defenses of any major target in the U.S. or our overseas assets. The drones could penetrate production facilities, critical energy production or transmission infrastructure, cities, military bases, government buildings, commercial, shipping critical to the supply chain or our warships at sea. They certainly could disrupt the normal functioning of any large metropolitan area for a significant amount of time.

As a true nightmare scenario, a 10,000-drone swarm would be unstoppable.

A drug cartel or a cyber-savvy East European crime syndicate chooses to target American interests in this manner. They have no real “headquarters” and no flag, and they wear no uniforms. They have financial assets exceeding those of most nation-states and are ruthless in using threats to coerce tech experts to help in their schemes.

First, they target three different U.S. installations overseas—one an oil production facility, one a military base in the Middle East, and the third an amphibious ready group (five or six Navy ships and a Marine landing force, or approximately 5,000 personnel). They penetrate the defenses of each target and inflict extremely high casualties.

Some of the drones carry electronic warfare packages that play havoc with the communications and countermeasures of each target. Then other drones deliver kinetic strikes to both personnel and physical structures. The surprise and confusion provoked are almost worse than the deaths, wounds, and structural damage.

The attackers next announce more potential targets if America doesn’t comply. Washington stands fast, and the adversary begins to move down its list. U.S. military targets fare best, but even they take severe hits.

The defense systems in place just aren’t set up for the small size and huge number of attackers.  America must concede. America’s nation-state enemies take note, and a new arms race is on.

Is this story completely nonsense? Consider this: Today, you can purchase a 1,000-vehicle swarm of DJI Phantom 4 drones from Amazon for just over $2 million. Lots of legitimate uses exist for such a swarm, but they easily may be turned to deadly purpose.

This is not alarmism. While we presently don’t have any hard intel that a rogue adversary is planning to deploy such a drone swarm, we also have no real defense in our military, homeland security, or industrial arsenals that could defeat such an attack. This must be remedied as soon as possible.

We have detection capabilities for large offensive drones (the predominant variety used by militaries), and can target these drones using conventional anti-aircraft means. The ongoing war in Ukraine has shown the effectiveness of small drones against discrete targets such as vehicles and smaller headquarters, much to the dismay and blood of the ponderous Russian army.

Given the reality of the expanded threat of drone swarms, which would be orders of magnitude more dangerous than individual drones, the nation must take action to address this threat before the capability appears and becomes ubiquitous.

The Pentagon, the Department of Homeland Security, and American industry in general needs to widen the search for solutions now. Companies are working to lock in promising technologies for both detection and defeat of drone swarms.

Will they get the funding and priorities needed? And will it be before the threat fully materializes and we already are bleeding?

The answer to these questions may be critical much sooner than we now believe. We cannot afford to be surprised.

The time to prepare to find and defeat the swarm is now, not tomorrow.