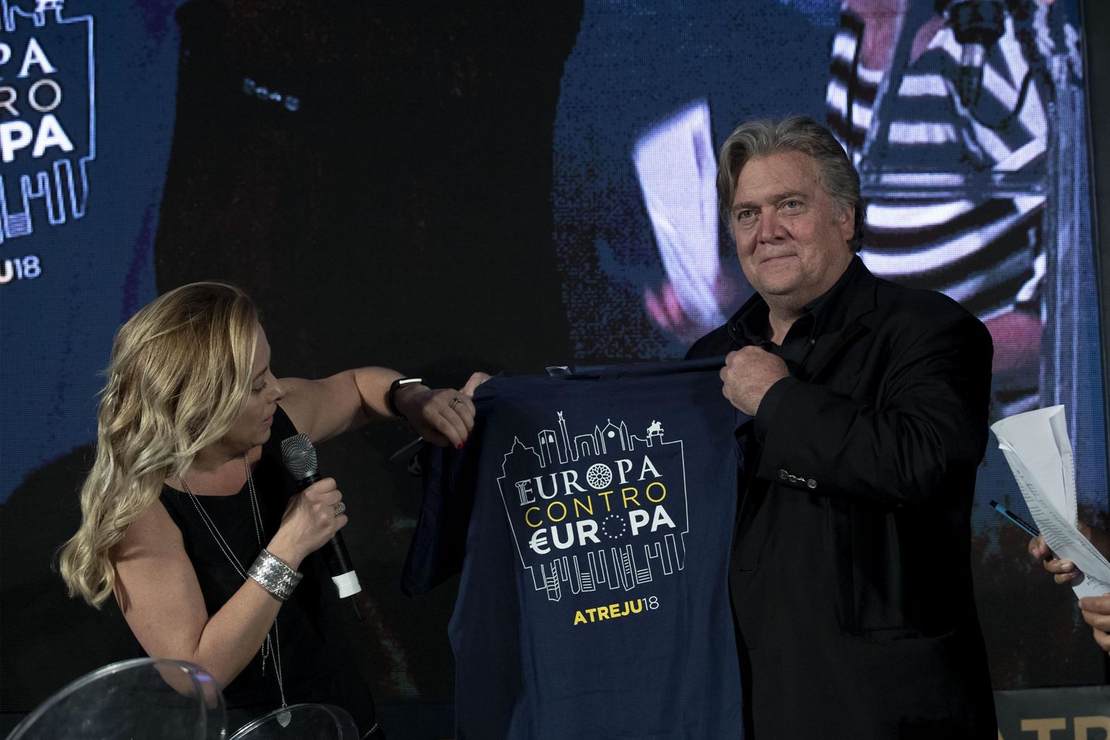 The Italian elections will be held on Sunday, and unless the polls are wrong, a hard-right government will be elected and the first female Italian prime minister will take office.

Giorgia Meloni, leader of Fratelli d’Italia (“Brotherhood of Italy”) is causing leftist heads to explode all across Europe. This is nothing new, of course. Marine Le Pen’s National Rally Party in France caused an epidemic of hand-wringing when polls briefly showed she had a chance against President Emmanuel Macron. And the AfD (Alternative for Germany) briefly became the target of “fascism” smears from the mainstream media when they got too close to power.

There’s nothing subtle about the opposition to Meloni in the media on both sides of the Atlantic. “The Return of Fascism in Italy” headlines a piece in The Atlantic.

“There’s a leftist ideology, so-called globalist,” she told The Washington Post recently, “that aims to consider as an enemy everything that defined you—everything that has shaped your identity and your civilization.” Well, yes. Next point?

But this sort of truth-telling gives left-wing media the vapors. So they have to find symbols and rhetoric that aren’t fascist except in the eyes of media outlets trying to smear Meloni.

Meloni, though, has never fully disavowed her connection to Italy’s neofascist tradition even as she claims that her party is merely “conservative” and that fascism is a thing of the past.

The tricolor flame in the Brothers of Italy logo contradicts that claim: It celebrates her party’s connection with its fascist past by reviving the MSI’s emblem. The Brothers of Italy also perpetuates its forebear’s values. In particular, the natalist obsession of Il Duce’s 20-year rule, with its “Battle for Births,” has survived in the Brothers of Italy’s present-day concern about boosting the birth rate, its proposal to link social-welfare assistance to mothers and those engaged in child care, and its attempts to limit reproductive rights.

Meloni could spend all day every day “disavowing” the fascists and the media would still say it wasn’t enough. Hence the “never fully disavowed” nonsense.

The reason for the rise of Meloni in Italy and the right generally in Europe is simply the failure of the left to govern as citizens wish. Politics usually isn’t rocket science. The cultural revolution is going over like a lead balloon.

Even as she spends energy trying to dispense with the fascism label, Meloni also serves up red meat to the party faithful. At a recent event, she was yelling about the years of shame many have felt for holding what she often calls “anti-woke” opinions.

“I have a dream of a nation in which people who have had to put their heads down for so many years … can now say what they think and not lose their jobs because of it,” Meloni said.

Gunnar Beck, a member of the European Parliament representing AfD, thinks the dismal economic performance by governments across Europe plays a big role in the resurgence of the right.

“The cost-of-living crisis is undermining governments and European institutions. Of course, the war in Ukraine has made things worse, but things like the European Green Deal and monetary policy from the European Central Bank were pushing up inflation before the war. The erosion of living standards means people are naturally becoming dissatisfied with their governments and the political establishment,” Beck adds.

To the north of Italy is Sweden, and while the politics of Sweden and Italy couldn’t be more different, the common denominator is too much change, too quickly. And that includes the migration issue that has turned Sweden into a battle zone.

Violence in the streets, once a rarity in Sweden, has exploded. They just broke their yearly homicide record, and there have been 500 bombings since 2018. If the first and most important responsibility of the government is to protect its citizens, the left-wing parties have clearly failed in that regard.

But it was still a shock to see Sweden Democrats — a notorious right-wing party — probably joining the Moderate party as part of the coalition government.

Conservative governments tend not to last very long in Europe. “Unstable,” say “experts.” The real problem is the constant, organized assault by the radical left on anyone to the right of Lenin. Along with a media already predisposed to refer to the right as “fascists,” it doesn’t take much to turn the voters against them before they have much of a chance to change things.