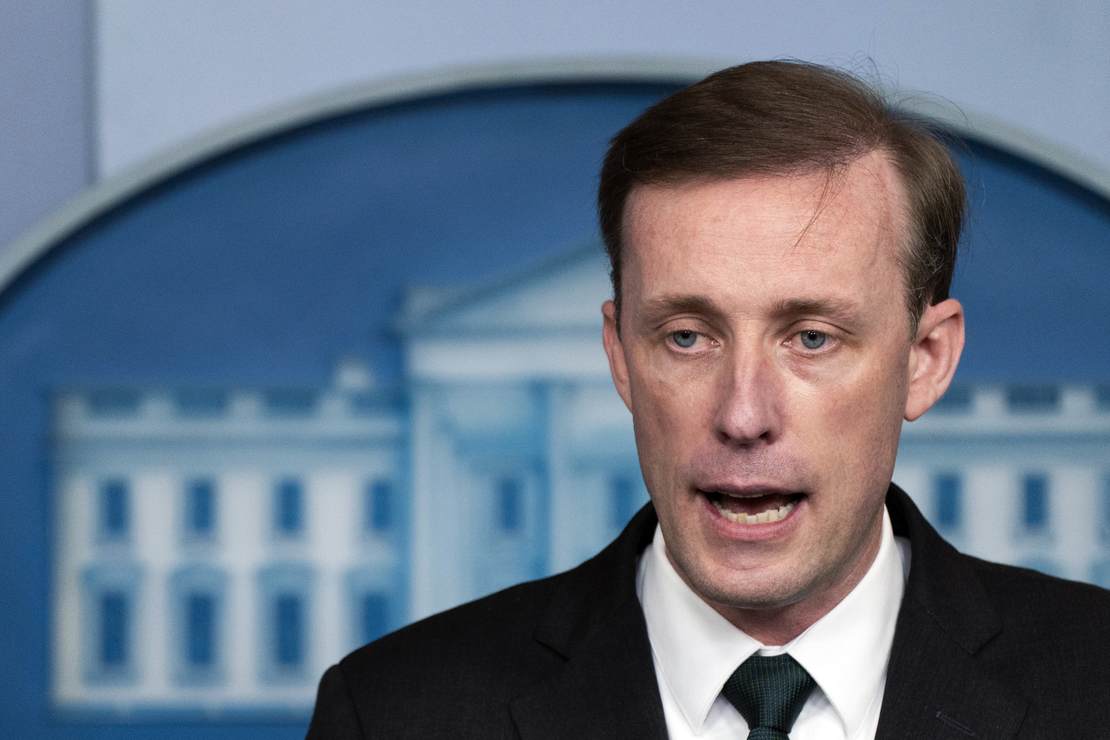 You might have assumed that the horrifying videos coming steadily out of Iran, of the brutal forces of the Islamic Republic waging ruthless war against their own people, would be enough even for Old Joe Biden and his handlers finally to throw in the towel and admit that the regime in Tehran is not one they want to do business with, or should deal with at all. You’d be wrong. Callow National Security Adviser Jake Sullivan said Sunday that even as the mullahs pitilessly murder women for the crime of appearing in public without a hijab, the United States will continue to try to appease Iran’s Islamic regime by agreeing to a new nuclear deal.

Sullivan claimed that the Biden appeasement policy would turn out well for everyone (and just look at how many things have already turned out so well for Old Joe). “We’re talking about diplomacy to prevent Iran from ever getting a nuclear weapon,” Sullivan insisted. “If we can succeed in that effort, and we are determined to succeed in that effort, the world, America and our allies will be safer. And that will not stop us in any way from pushing back and speaking out on Iran’s brutal repression of its citizens and its women. We can and will do both.” He added: “The fact that we are in negotiations with Iran on its nuclear program is in no way impacting our willingness and our vehemence in speaking out about what is happening on the streets of Iran.”

Yeah, sure, Jake. The Washington Free Beacon reported on Sept. 9 that “Iran will gain immediate access to billions of dollars in cash assets on the day a new nuclear accord is signed, money that will flow to Tehran’s top terror organizations before Congress has a chance to review the deal.” The Islamic Revolutionary Guards Corps (IRGC), “the country’s paramilitary fighting force that is trying to assassinate U.S. officials,” will get “a massive influx of cash the moment the deal is signed.” Also, according to Richard Goldberg, former director for countering Iranian weapons of mass destruction on the National Security Council, Biden’s handlers will release $7 billion in frozen assets to Iran “prior to a single day of congressional review.” Even if Congress repudiates the new deal, the mullahs aren’t going to give that $7 billion back. And those billions are just the beginning.

Back when Barack Obama delivered pallets of cash in the dark of night to Tehran, the mullahs used the money not to feed their own people and build up Iran’s infrastructure, but to fund jihad terror groups including Hamas and Hizballah. There is no indication that they would do anything different with the money that Biden’s handlers want to give them, other than use some of it to put down the present uprising within the country once and for all. Goldberg commented acidly on Sullivan’s naivete, “The White House claims it can offer the regime in Tehran $275 billion in year-one sanctions relief, pumping money into the apparatus of oppression, while still standing with the people in the streets. That is an inherent strategic contradiction.” Indeed. We would be paying for the guns the IRGC used to mow down the people in the streets.

Related: Iran Says a New Nuclear Deal Is Close. What Is Biden Giving up to Get Iran to Sign It?

The courageous Iranian dissident Masih Alinejad, who last year was the target of an Iranian government plot to kidnap her and take her back to Iran, where she would almost certainly have been tortured and killed, remarked: “@jakejsullivan idea of conducting nuclear talks while offering ‘thoughts and prayers’ for the murder of #MahsaAmini is shameful. On the streets of #Tehran, everyone chants against the clerics. The Regime is crumbling. Don’t save the dictators by signing a nuclear deal.”

Mahsa Amini is the young girl who died in police custody after being arrested for wearing her hijab improperly. Her highly suspicious death has become the touchstone for the Iranian people’s latest bid for freedom. The mullahs have not hesitated to murder others since the protests began, including a 20-year-old woman, Hadis Najafi, who was simply walking to join the protests when she was shot in the chest, face, and neck, 55-year-old, Minou Majidi, and many others.

A sober and courageous American government would denounce the mullahs for this heartless carnage and call upon the entire world to join the United States in new sanctions to quarantine this rogue regime. Instead, we’re about to shower billions upon it, thereby giving it new life when it may well be in its death throes. Is there no end to the havoc the Biden regime is wreaking upon the world?