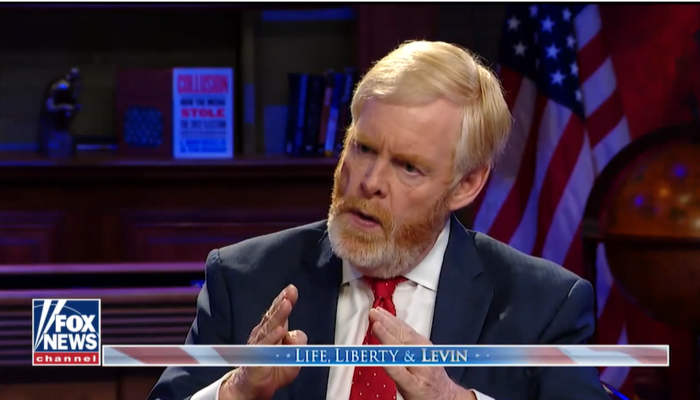 Talk about a birthday party!

This week the Media Research Center celebrated its 35-year anniversary with a gala, star-studded evening at Washington’s National Building Museum. I was privileged to be in attendance with my NewsBusters colleagues. We were treated to appearances by Mark Levin, David Limbaugh, Bo Snerdley (James Golden), Cal Thomas, Larry O’Connor and Chris Plante, with David and Bo reminiscing about Rush.

The event was itself a cause to remember just how far conservative media has come over the years. So take a trip with me in my always ready-to-go time machine, starting those 35 years go. That would be 1987. And in 1987 I was ensconced in the Reagan White House as an Associate Director of Political Affairs.

On July 1, 1987, President Reagan stepped before cameras to announce he was nominating the conservative Federal Appeals Court Judge Robert Bork for the Supreme Court. And in a blink the Left went berserk.

Massachusetts Senator Ted Kennedy, the “liberal lion” of the Senate, took to the Senate floor and launched an unprecedented attack on Bork. Saying, among other things, this:

Robert Bork’s America is a land in which women would be forced into back-alley abortions, blacks would sit at segregated lunch counters, rogue police could break down citizens’ doors in midnight raids, schoolchildren could not be taught about evolution, writers and artists could be censored at the whim of the Government, and the doors of the Federal courts would be shut on the fingers of millions of citizens for whom the judiciary is–and is often the only–protector of the individual rights that are the heart of our democracy. … The damage that President Reagan will do through this nomination, if it is not rejected by the Senate, could live on far beyond the end of his presidential term. President Reagan is still our president. But he should not be able to reach out from the muck of Irangate, reach into the muck of Watergate and impose his reactionary vision of the Constitution on the Supreme Court and the next generation of Americans. No justice would be better than this injustice.

The Senate Judiciary Committee, in charge of the Senate confirmation hearing, was chaired by Delaware Democrat Senator Joe Biden. Said Bork later Biden’s briefing on Bork? The Biden briefing “so thoroughly misrepresented a plain record that it easily qualifies as world class in the category of scurrility.”

The Reagan White House, it is safe to say, was unprepared for the scurrilous fury unleashed on Bork. The Bork nomination would go down in flames on October 23rd by a vote of 58 opposed to 42 in favor. Included in the 58 opposed were the anti-Bork votes of six Republican senators. But notably, in retrospect 35 years ago, the political and media resources for the Reagan White House to respond simply did not exist.

The MRC came to life on October 1, 1987 – by coincidence 22 days before the Bork defeat. The MRC’s massive library of Kodak videocassettes that began then never included the Bork fight on television news.

Rush Limbaugh would not debut his national show until 1988. Fox News would not appear until 1996 — then enabling Sean Hannity to make his national debut. There was no NewsMax. But there was L. Brent Bozell III — who, without knowing the future — took the first step to counteract the left-wing media domination, taking a small team from the National Conservative Foundation to start a new venture, the Media Research Center. Brent Baker began its monthly newsletter MediaWatch — barely a change of name from the Newswatch newsletter they published at NCF.

By way of illustration, here are a few sample headlines from the MRC just this week, starting with this nationally syndicated column from Tim Graham: Republican Teenager Murdered, Media Yawn

Associate EditorNicholas Fondacaro brought pain to the Post on their lame attacks on the Twitter juggernaut Libs of TikTok: WashPost Writer Blames Libs of TikTok for Her LAZY Research

And on it goes.

To think that once upon a time — as the Bork episode illustrates — challenging the liberal media for mangling facts and omitting stories that didn’t match their narrative simply did not exist.

And now? Thanks to Brent Bozell and Brent Baker, MRC not simply exists — it thrives. Conservatives out there know exactly where to go to fact check the baloney and propaganda that spills endlessly from the liberal media. And come to MRC they do.

Make no mistake. Where once there was the lonely voice of William F. Buckley, Jr. at National Review, then joined about ten years later by R. Emmett Tyrrell, Jr. and The American Spectator, conservative media has grown and grown, and as is true of the Media Research Center it now thrives.

So taking a night out to celebrate the 35th anniversary of the MRC was a night delightfully well spent. Happy anniversary, MRC!