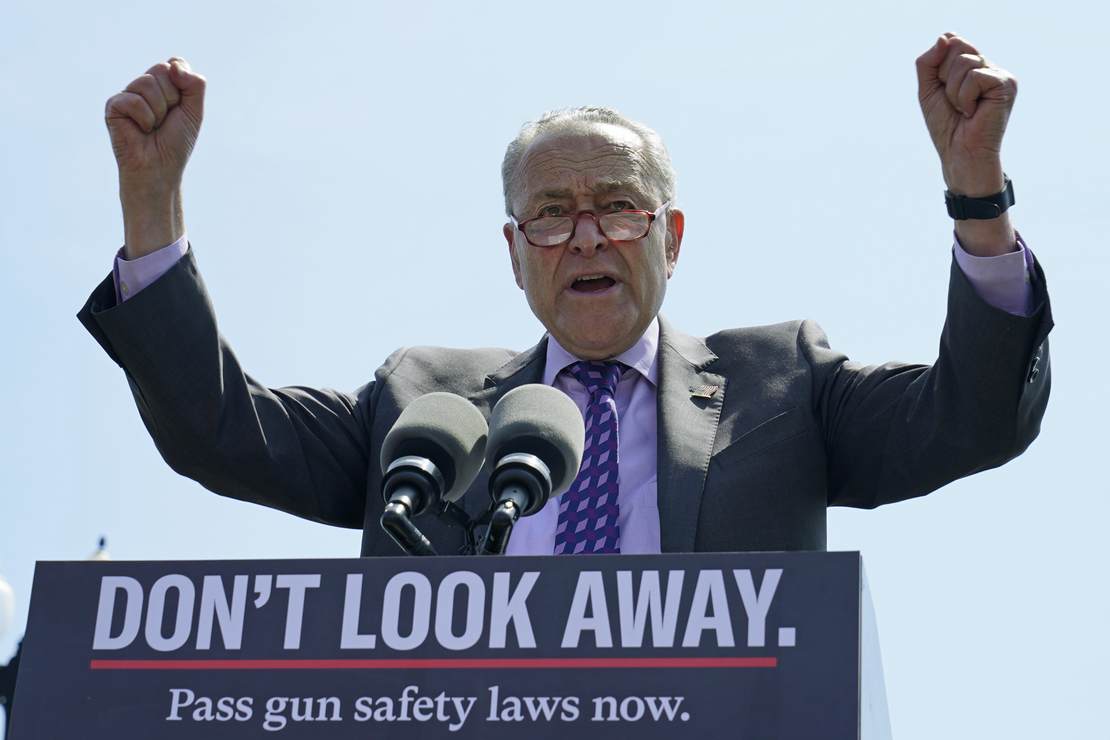 I thoroughly enjoy the opportunity to throw cold water on the Democrats’ high spirits, as they hold on to the belief that the recent decline of gas prices (which are still high) and the abortion issue (which isn’t a top issue of voters) would be enough to save them from electoral disaster in November.

As for the Senate, the map heavily favored Democrats this year, and even when the Republicans’ lead in the generic ballot was wider, Democrats were still looking okay to hold onto it. But recent polling shows that Republicans have the momentum in these final weeks, as Democrats in key races are trying hard to avoid debating their Republican opponents.

Recent economic developments aren’t working in their favor either.

Despite the White House’s best efforts to deny it, the economy is in recession, inflation is still a huge problem, the stock market was brutal this past week, and it looks like gas prices have hit a floor and could start creeping back up again.

Sure, the media and the Democrats will try to shift blame to the GOP—maybe even Trump—but the voters know who’s running the show, and the voters know who raided the Strategic Petroleum Reserve and who passed the so-called Inflation Reduction Act. If Democrats thought they had a chance this summer, their reasons to be hopeful about November are getting smaller by the day. And famed political analyst Charlie Cook similarly is telling Democrats not to keep their hopes up.

Related: Democrats Are Ceding Social Issues to the GOP

Cook points out that “legislative accomplishments for this Congress are now in the rearview mirror” and will be easily overshadowed by the looming risk of a government shutdown. Cooke also recognizes that gas prices have likely hit a floor. “Another major development that benefited Democrats was an improved economic picture, particularly the price of gasoline, which dropped by about a dollar per gallon starting in mid-summer,” he observed. “It is doubtful that prices will decline much more than they already have. The upside is behind them, with only status-quo or negative developments ahead.”

And then there’s inflation. “More broadly, the June data showed inflation at a 39-year high and growing at an annualized rate of 9.1 percent. The July numbers, however, suggested that inflation had stabilized, again fueling Democratic hopes. Since then, the numbers for August reported last week indicated that our unwelcome friend inflation was still here.”

So much for that Inflation Reduction Act.

Cook notes that new inflation reports coming before the midterms will certainly impact the narrative of this election. Personally, I wouldn’t bank on them being very good. There will also be plenty of people who will feel the added burden of the recently announced increase in interest rates.

There are lots of issues that aren’t helping the Democrats this year, and, in a surprise twist, Democrats have been put on defense on abortion (thanks to Sen. Lindsey Graham’s proposed 15-week abortion ban proposal) for their refusal to explain what limits, if any, they would support on abortion—and frankly, this fetal heartbeat nonsense can’t be helping them much either. The recent delivery of illegal immigrants to Martha’s Vineyard also gloriously exposed the hypocrisy of the allegedly pro-immigrant left and shined new light on the ongoing border crisis.

The media sure wants us to believe that the GOP is toast because of abortion, but in the end, it still looks like the Democrats’ goose is cooked.