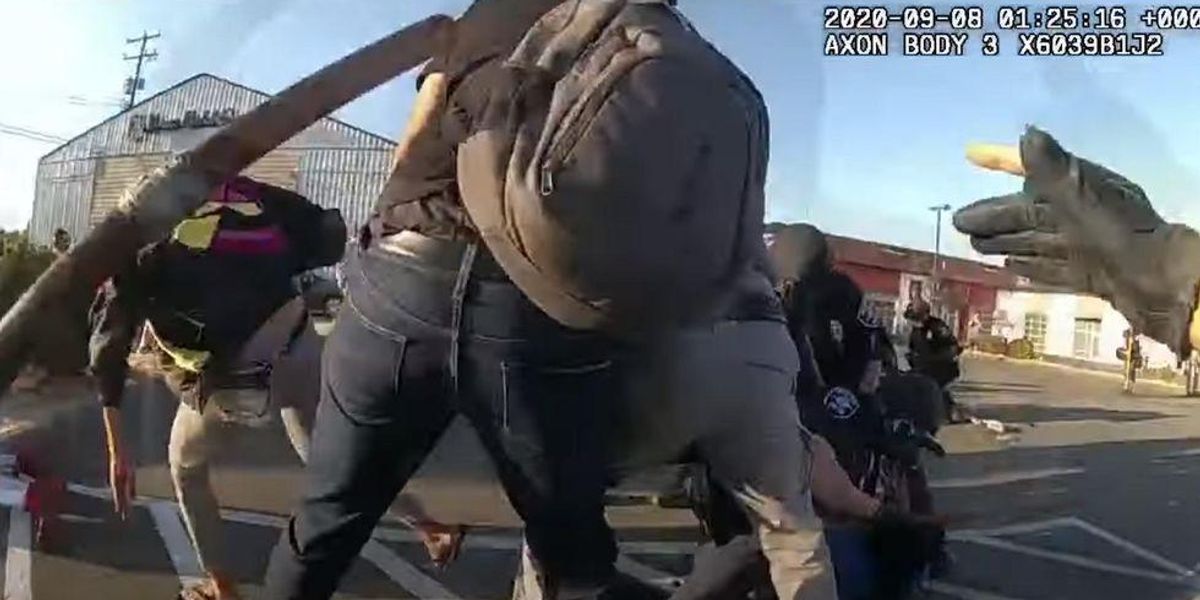 A man pled guilty to making a dozen Molotov cocktails in relation to a plot to burn down a police union building in Seattle in 2020.

U.S. Attorney Nick Brown in the western district of Washington said in a statement Thursday that 34-year-old Justin Christopher Moore had pled guilty to unlawful possession of a destructive device.

Moore admitted in the plea agreement that he had made the incendiary devices as a part of a protest against police on Labor Day in 2020.

22 protesters were arrested after police said they were throwing explosives and rocks at police, and also spraying police with bear spray.

Police moved the protesters away from the building in downtown Seattle after they smelled gasoline and “grew concerned about the intentions of protestors.” The Molotov cocktails were found in a parking lot next to the union building.

The Seattle Police Department posted a photograph of the devices they seized at the time.

Moore could face up to 10 years in prison when sentenced.

That Labor Day protest in 2020 made headlines after police in the union building blasted the country hit song, “Save a Horse (Ride a Cowboy)” as police closed in on the protesters. Earlier in the protest, one person draped a banner on an overpass that read “All My Heroes Kill Cops.”

Here’s more about the arrest of Moore:

Trump suing CNN as he claims defamation – and seeks $475m in damages
NY Times vs. Science: Critic Hess TRIGGERED by Realistic Images of the Fetus
The Predicted Flameout of Beto O’Rourke and Stacey Abrams
Are Democrats Rooting for Massive Loss of Life in Florida?
New Amazon Device Tracks Breath Patterns While Sleeping