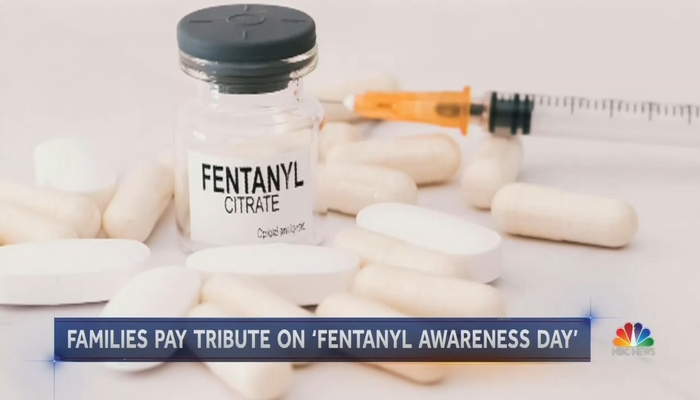 A devastating drug crisis is sweeping across the open southern border and wreaking havoc across the country. But while the network newscasts are covering the fentanyl epidemic, there has been almost no mention of culpability for Joe Biden.

In eight and a half months of fentanyl stories, ABC, CBS and NBC allowed just two mentions — totaling 30 seconds —  of the man in charge of the immigration policy leading to this drug crisis.

MRC analysts reviewed every one of these stories on the broadcast network morning and evening newscasts from January 1, 2022 through September 15, 2022. They found 39 minutes and 56 seconds of coverage on the epidemic, but just 30 seconds devoted to Biden or his role in any way.

As for the total amount of coverage on fentanyl, CBS offered by far the most: 29 minutes and five seconds. NBC came in a distant second at six minutes and 54 seconds and ABC managed a scant two minutes and 57 seconds.

Much like other crises during the Biden presidency (the border in general, gas prices, the baby formula shortage), ABC, CBS and NBC treated the Democrat as a bystander to these severe problems. On the May 10 NBC Nightly News, anchor Lester Holt announced:

Today is the first-ever national Fentanyl Awareness Day. It’s an effort by the DEA to spread the word about the synthetic opioid that now accounts for nearly two-thirds of all overdose deaths in the U.S.

No mention of Biden or his policies. On the May 11 CBS Evening News, Norah O’Donnell shared the “staggering” news:

Today, the CDC shared a truly staggering statistic on drug overdoses….Overdoses involved fentanyl and other synthetic opioids, topped 71,000, accounting for about two-thirds of all fatal overdoses in 2021.

Even when the focus of the story was fentanyl and the border, Biden or the administration didn’t come up. On the May 5 CBS Mornings, journalist Lilia Luciano reported live from Brownsville Texas, explaining:

From 2014 to 2019, China was the leading source of illegal fentanyl. Since then, Mexico tops the list and while seizures of cocaine, meth, and heroin by Customs and Border Protection have decreased in recent months, fentanyl continues to go up. The same thing happened on the August 27 Today. Kristen Welker avoided Biden even as she revealed: “And back in this country, we are learning more about a massive drug bust along the Arizona border this week. Border Patrol agents seized more than $4 million worth of fentanyl during a vehicle stop.”

From January 1 to September 15 2022, the President’s name came up exactly twice for a grand total of 30 seconds. On the May 10 CBS Evening News, Norah O’Donnell interviewed Drug Enforcement Administration Administrator Anne Milgram. She managed one question on Biden:

NORAH O’DONNELL: Republicans say it’s President Joe Biden’s border policy is the reason we have a drug crisis in America.

ANNE MILGRAM: I think it’s important to talk about the border, and I can say with 100 percent assurance that the criminal drug cartels in Mexico will stop at nothing to get fentanyl into the United States.

The other example came with a blink-and-you’ll-miss-it three second reference on the June 14 Today. Kate Snow noted, “More Americans died of an overdose last year than at any other time in history. The Biden Administration calls it an epidemic.” Not exactly an indictment of the President’s policies.

Fentanyl is surging across the southern border at an astronomical rate, with July’s rate of seizures shattering the previous record and tripling June’s rate, according to Homeland Security Department statistics released this week.
…
Just 2 milligrams of fentanyl is considered enough to kill. Given the drug’s lethality, July’s seizures would be enough to slay nearly 470 million people and amount to nearly 1½ doses for every American.

So you might think journalists would want to investigate what’s causing this exploding fentanyl crisis and the death it is inflicting across the country. But not the reporters at ABC, CBS and NBC. In order to protect Joe Biden, they won’t point fingers. After all, that might harm Democratic chances in the midterm elections.

Florida pummelled by one of the most powerful hurricanes in US history
How 1 Small European Study Changed Transgender Medicine in US
An entire seafront levelled – no one expected Hurricane Ian to be so vicious and so damaging
Gay Democrat introduces legislation to create an LGBT museum in Washington, D.C.
Las Vegas OBGYN, who called himself the ‘Vagina Whisperer,’ accused of sexual misconduct by board; patients say he offered $1,000 for nude photos, claim of ‘excruciating’ sexual assault