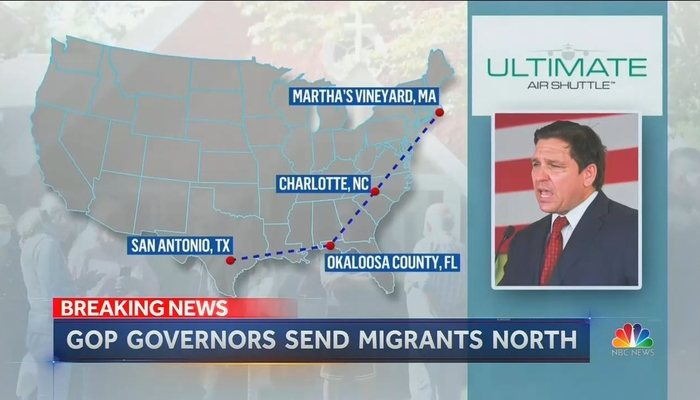 You can’t make it up.

Th U.S. southern border is out of control. Illegals have been streaming into the border towns in Texas and Arizona, along with fentanyl and human smuggling. Women among them have been raped.

Over and over again illegals —  men, women and children — attempting to breach the border drown in the effort.

All of this has been going on for months and months. In 2021 alone there 1.7 million illegals who crossed into the US. But liberal media attention?

Here’s a headline from a Cal Thomas column —  in February of this year, a full eight months ago.

“Once in TV journalism there were people called assignment editors and news directors.

Among their responsibilities was to instruct reporters and camera crews which stories they were to cover that day. Their choices were based on several factors that included what they regarded as news, viewer interest (i.e., ratings) and, much more subtly, their own biases.

…The power to ignore is still the greatest power major media have, and few issues demonstrate that more than the trouble at our southern border.

Fox News and The New York Post have been the only media entities to consistently cover the flood of undocumented migrants entering the country illegally. Critics usually dismiss anything carried by these outlets as coming from “right-wing media” and thus inherently untrustworthy.”

Suddenly the media is freaking out over the flood of illegals into wealthy, white and liberal Martha’s Vineyard in the sanctuary state of Massachusetts — a “flood” of fifty sent to the far left Martha’s Vineyard by Florida’s Governor Ron DeSantis.

Here’s a headline from Fox News:

Fox lists the sudden outburst of outraged media attention by citing the following:

* “A Thursday ABC News report introduced the story by calling it a ‘stunt” that used human beings to ‘score political points,’ while ‘CBS Mornings’ ushered in a segment on Martha’s Vineyard detailing how migrants ended up being ‘used for politics’ in an ‘inhumane’ way.

*  “The word inhumane was a good one to use in this particular case,’ CBS’ Gayle King said after the report was read. “People don’t know where they’re going, people that are there don’t know that you’re coming.”

* The View’s Whoopi Goldberg called DeSantis a “bonehead” and the presence of migrants in the tony vacation paradise of rich liberals “nasty.”

* Not to be outdone in the outrage department was Joe Scarborough of MSNBC’s Morning Joe who huffed that this was nothing less than “political human trafficking” that was really all about DeSantis “owning the libs.”

Astonishingly, film maker Ken Burns —  on CNN to promote a new documentary on U.S. actions during the Holocaust —  said this:

“Well it’s the abstraction of human life. It’s basically saying that you can use a human life that is as valuable as yours or mine or Lynn’s, (fellow film maker Lynn Novick) and to put it in a position of becoming a political pawn in somebody’s authoritarian game.”

Burns added that the Florida governor had “weaponized human beings for a political game,” a move that he claimed was “straight out of the authoritarian playbook.”

And on and on the outrage went.

Not a word from Burns or any of the others in the media about Joe Biden’s disastrous border policies that are literally killing illegals as they attempt to cross the Rio Grande river. Talk about authoritarian.

Much less are they discussing the thousands of pounds of fentanyl smuggled into the US across the border. The Washington Times headlined this in August of this year:

All of this and the liberal media yawns? But the entrance of a mere fifty illegals into ritzy, Biden-supporting, heavily white Martha’s Vineyard causes a media freak out?

On the even more humorous side of the Vineyard liberals hypocrisy was a poster that dots island businesses, as seen here. It reads in part, capital letters in the original:

“We stand with IMMIGRANTS, with REFUGEES, with INDIGENOUS PEOPLES, and with PEOPLE OF ALL FAITHS. We stand with our COMMUNITY.

All Are Welcome Here

hate has no business here”

But when a mere fifty migrants- people of color- arrive? In fact within 24 hours the heavily white liberals of Martha’s Vineyard has them shipped out.

What the liberal media has vividly illustrated here is the sheer hypocrisy of -the liberal media. Illegals crossing the southern border and flooding into Texas and Arizona by the tens of thousands? No big deal.

But bring in fifty to the left-wing and white paradise of Martha’s Vineyard? And bam.

To borrow from the filmmaker Ken Burns, the authoritarian fist of the left comes down like a hammer.