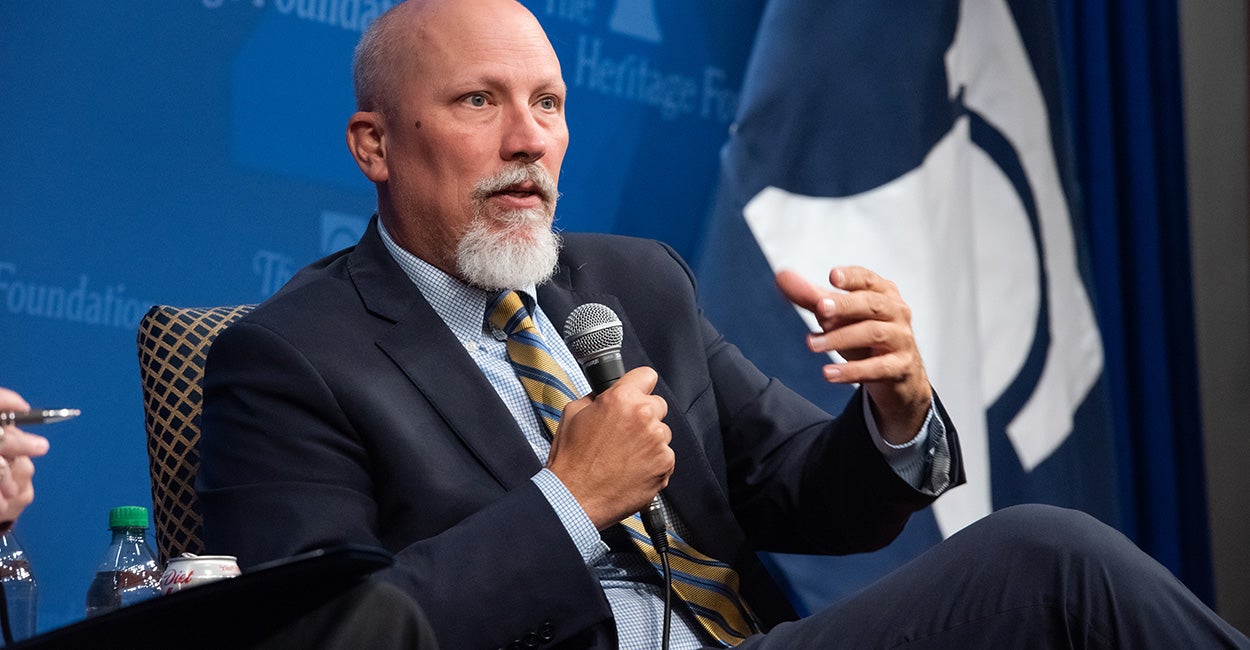 Rep. Chip Roy says he has a plan to hold lawmakers and the Biden administration accountable now and into the future.

The Texas Republican announced a three-part “Stand Up for America” pledge to his Lone Star State constituents on Sept. 8.

“I pledge to the 21st Congressional District of Texas to Stand Up for America by fighting to restore common sense and responsible spending; freedom through government based upon the consent of the governed, not big, corporate crony interests; and a sovereign nation secure from both the tyranny of the authoritarian state and the vulnerability created by open borders and a woke, overextended military,” Roy’s pledge states.

The Texas lawmaker announced his pledge shortly after House Minority Leader Kevin McCarthy, R-Calif., previewed the GOP’s forthcoming four-part “Commitment to America” plan, which highlights the party’s chief priorities for the nation ahead of the November midterm elections.

With those elections less than eight weeks away, Roy says, accountability must return to Washington in three key areas:

“We, Republicans, should not agree to spend one more dollar to advance the Democrats’ harmful, inflationary agenda,” Roy says in the pledge.

Lawmakers in the House and Senate are preparing to vote on a short-term spending bill this month that would fund the government into December, when lawmakers will likely vote on the fiscal year 2023 federal budget.

Roy says Republicans should not allow a “lame duck” Congress to pass budgets that include funding to “hire thousands of new IRS agents to target hardworking families, make plumbers pay for an Ivy Leaguer’s student loans, drive up the price of gas & electricity, or leave our borders wide open.”

“After the voters speak in November,” the pledge reads, “the NEXT Congress must chart the path forward—starting with frozen spending levels.”

2) Policies that ‘Restore a Baseline of Sanity’

Republicans should oppose the “purposeful disregard of the rule of law and the well-being of the American people by this administration,” the pledge reads. Through hearings and investigations, Roy says, he and his colleagues must expose and stop what he calls the Left’s “radical agenda” from advancing any further.

Instead, government funding needs to include policies that “restore a baseline of sanity,” such as:

Roy devotes the last three pages of his five-page pledge to discussing the key priorities that should be within Republicans’ plan for the future of America.

First, Roy says, policies need to be set in place that expand America’s middle class and support the needs of working-class Americans.

Through legislation and strategic initiatives, Roy is urging colleagues to:

Second, Roy argues for policy solutions that he says will make American communities stronger and safer.

America’s “woke and divisive government” should be ended, the Texas lawmaker says. Critical race theory and diversity, equity, and inclusion training have no place in the government, according to Roy. Instead, government policies should be rooted in “biological truth.” The latter is a reference to the Biden administration’s push to promote transgender rights.

Communities will be safer when policies are in place to support law enforcement and restore law and order, according to Roy’s pledge. The FBI needs to be refocused to address issues of “organized, interstate crime connected to cartels, human trafficking, and the fentanyl trade.”

Strengthening American education is also a central priority for Roy, who says parents should have a voice in their children’s education, and education choice programs should be implemented so “parents have the ability to decide how best to use those education dollars to fit their needs.”

Third, the balance of power should be restored in favor of the American people, according to Roy’s plan.

“The Executive Branch is out-of-control and far too much power has left Congress and been outsourced to unelected officials in deep state agencies,” he says. Power can be given back to the people by passing legislation that would allow for the firing of federal bureaucrats and the rolling back of “executive emergency powers by requiring affirmative congressional approval.”

Fourth, the Texan’s plan details a strategy to defend America by strengthening our military and securing the southern border.

Because the Founding Fathers intentionally gave Congress the power of the purse, Roy says, it’s time for elected leaders “to use [that power] to demand immediate change” in Washington.