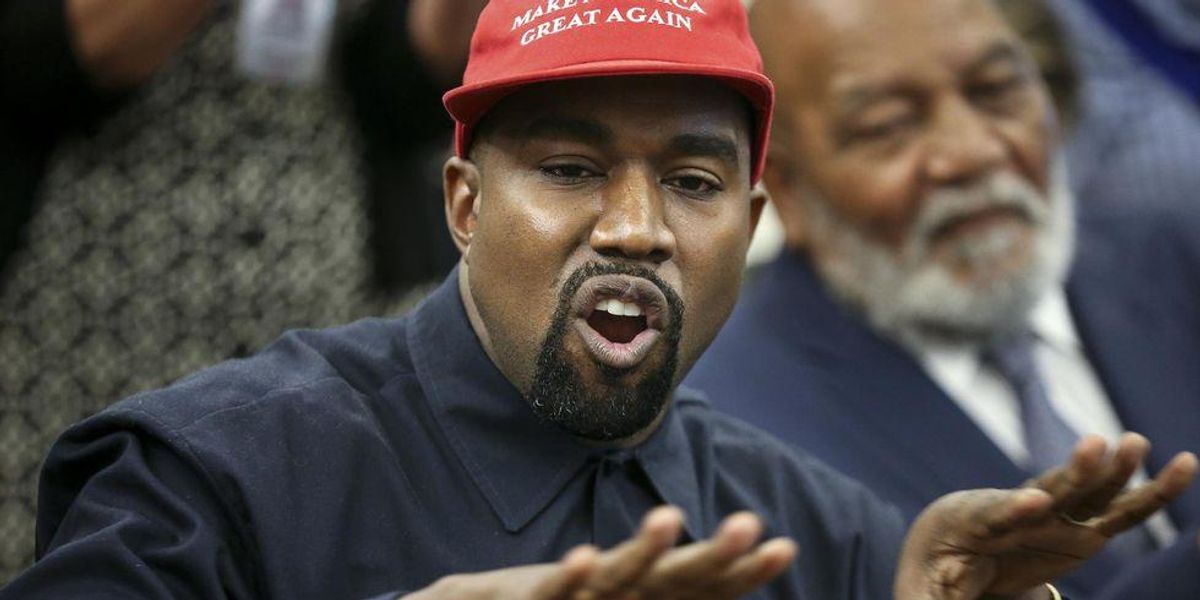 Kanye West ended his relationship with the Gap and said that he will be able to manufacture his clothing line in the U.S.

West, who goes by Ye, appeared on CNBC and explained why the deal ended.

“Obviously there’s always struggles and back-and-forth when you’re trying to build something new and integrate teams,” he added.

West said that the company would ignore him and not collaborate enough on the collection he gave them. Among the reasons he said the deal ended was that he wanted to bring industry back to America.

“There’s a lot of stuff where they have a lot of commitments to China. We wanted to do localized manufacturing which is completely possible with some of the factories that I’m buying here in California,” he explained.

“We can actually bring industry back to America,” West said.

“I feel like in a lot of ways Europe has been the head of prestige with the luxury brands and luxury vehicles, and China has been ahead of manufacturing, but America, we invented rock’n’roll, we are the youngest startup ever, America itself,” he concluded.

West was excoriated by many in the media when he wore a Trump campaign hat and met with then-President Donald Trump. He later said that he was not necessarily a supporter of Trump but that he wanted to reach out to him and bring people together.

“Everyone knows that I’m the leader, I’m the king,” Ye added. “A king can’t live in someone else’s castle. A king has to make his own castle.”

Shares for the Gap dropped by 4% after the news.

Here’s a portion of West’s appearance:

PBS Pair RIPS Republican Party as Fractured and Flattened by Trump
When the Washington Post Breaks Out ‘Both-Sidesism’ — Victims of Communism Museum!!
WATCH: AT&T CEO Predicts the U.S. Economy Possibly Entering ‘Stagflation’
Pfizer Stock Hits a High After President Biden Screams “We Beat Pharma!”
Majority of likely general election voters do not feel as safe now as they did two years ago: Poll