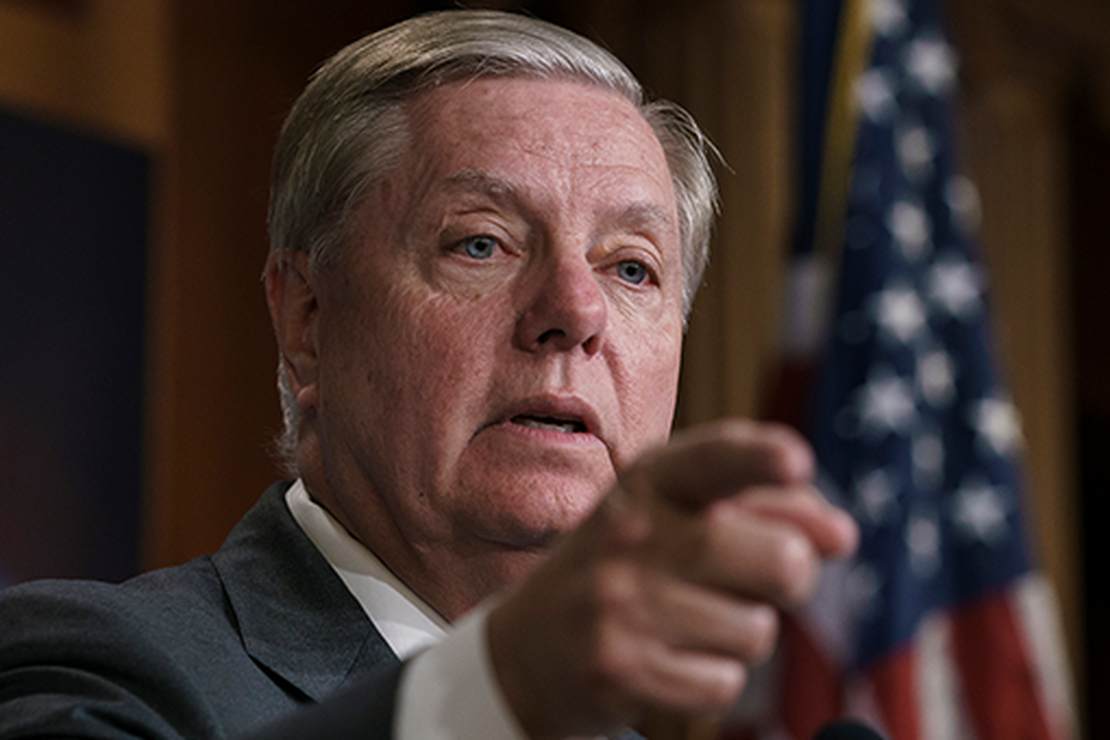 There aren’t any conservatives I’ve spoken with about Lindsey Graham’s proposed federal abortion law who think it was a good idea.

In fact, I recall quite a few expletive-filled rants about how stupid it was.

“I think we should have a law at the federal level that would say after 15 weeks, no abortion on demand — except in cases of rape, incest, [or] to save the life of the mother,” Graham said when he unveiled his “Protecting Pain-Capable Unborn Children from Late-Term Abortions Act” earlier this week. “That’s where we should be as Americans.”

For what it’s worth, Graham’s proposal is arguably a good policy, but it’s bad politics.

We actually know the answer to that, too.

“Six in 10 U.S. adults think abortion should generally be legal in the first three months of pregnancy,” explains Gallup. “However, support drops by about half, to 28%, for abortions conducted in the second three months, and by half again, to 13%, in the final three months.”

Not only does the polling show this, but abortion statistics do as well. According to the Guttmacher Institute, 89% of abortions are performed in the first 12 weeks of pregnancy, while only 1.3% are performed after 20 weeks. A majority of Americans also oppose taxpayer dollars being spent on abortions.

What does this mean? It means that even most people who support abortion have problems with it after the first trimester. In other words, Lindsey Graham’s proposed abortion legislation, like the Mississippi law at the center of Dobbs v. Jackson Women’s Health Organization, is mainstream policy. In fact, virtually every other advanced country has gestational limits on abortions. The pro-abortion left in America is way out on the fringes on this issue.

So why is Graham’s legislation bad politics? Well, it’s politically problematic because it undermines the very argument for Dobbs v. Jackson Women’s Health Organization: that abortion should be left to the states to regulate.

“Abortion presents a profound moral question. The Constitution does not prohibit the citizens of each State from regulating or prohibiting abortion,” Justice Samuel Alito wrote in the majority opinion. “Roe and Casey arrogated that authority. We now overrule those decisions and return that authority to the people and their elected representatives.” This has been the Republicans’ argument for decades: trust the states. Let’s let each state, through its representatives, decide how it wants to handle abortion. Exceeding that limitation will harbor distrust in Republicans on an issue that is already a difficult one for them to maneuver.

That said, the New York Post editorial board made an interesting point Thursday. They believe that while Graham’s legislation “has zero chance of passing any decade soon,” it’s “actually a smart, nuanced move to push forward the national conversation and the state-by-state ones — beyond the sloganeering of the pro-life and pro-choice extremes.” Why? Because most Americans, they correctly observe, are in the middle on abortion.

Maybe the Post is correct that Graham’s legislation might jump-start the national conversation about a middle ground approach to abortion. But, are we ready for that conversation yet? It might be too soon—certainly not before the midterms when the media is already working overtime to mislead the public about what states are doing to regulate abortion.