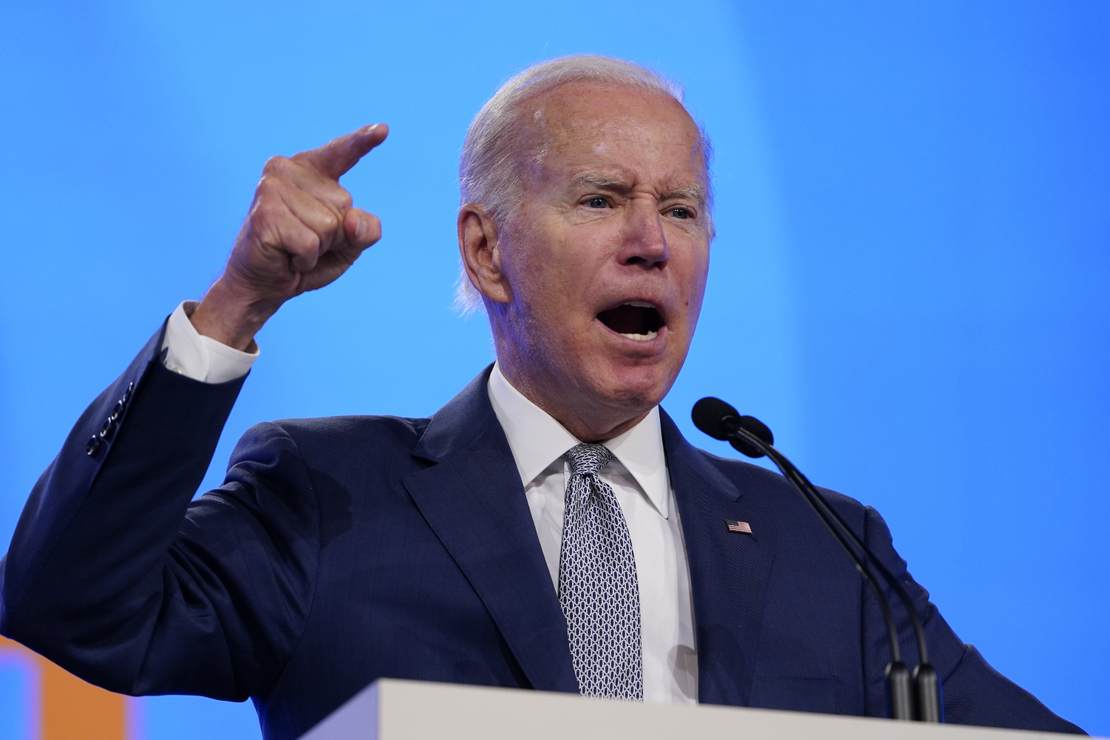 There’s a railroad strike looming, one that could derail the entire economy, put brand-new kinks in our supply chains, and create new scarcities while inflation rages unabated.

And Team Biden is absent.

You’d think it might be a bigger news item that the country faces a railroad strike one minute after midnight in the darkest moments of Friday morning. But there are a couple of possible reasons for that.

The first is Jim Geraghty’s suspicion that “observers simply assume that a deal will get done because the consequences of even a brief work stoppage would be so far-reaching.”

My suspicion might jar you: What if the White House believes those consequences are desirable?

What few have felt or even noticed — and this is what gives me my own, more sinister suspicion — is that some of the effects of a railroad strike are already unfolding, even though it has yet to begin.

Already, freight companies are putting contingencies in place, like stopping the transport of dangerous materials and delaying trains that could be abandoned at the magic hour of 12:01 a.m. Friday, etc.

Let me repeat: A strike has not been called, but our still-gnarled supply chains are getting kinked up further.

You would think that the White House — particularly showboating Transport Secretary Pete Buttigieg — would want to get out in front of this speeding train and stop it before it crashes headlong into our fragile economy.

And yet it’s radio silence from Team Biden.

It helps instead to think of the Biden Administration as something other than Democrats. Really, when it comes to their goals, means, and even tone, this is a European, hard-Left Labour government. Any Briton who lived through the ’70s would find the Biden administration instantly recognizable.

Back in the day, Britain’s Labour governments used to perform a kabuki dance with Britain’s labor unions. The unions would make outrageous demands and then go on strike, Labour would give them a legal wink and a nod, the economy would grind to a halt, and then Labour would “grudgingly” agree to almost all of labor’s demands. Work would resume until the next round, which never took very long.

The most infamous was probably the 1972 coal miners’ strike that resulted in blackouts and a three-day workweek due to shortages.

Who benefited then? Labor did. Labour, too. Everyone else suffered through high prices, poor quality, and an economy that was stagnant when it wasn’t chaotic.

As recently as 2017, the UK Labour Party proposed a return to their 1970s strike laws that enabled the unions to wreak such havoc.

Joe Biden is so pro-labor that he frequently disses Elon Musk and his non-union Tesla Motors, even though they’re the best-selling electric vehicles that Biden wants everyone driving.

Also for our VIPs: As Russia’s Position Collapses: What Ukraine Got Right, What I Got Wrong

Fiddling while Weimar burns might not be anything more corrupt (although it certainly is corrupt) than a political payoff to the Democrats’ union cronies.

There could also be a more sinister power play in Biden’s seeming inaction. If the freight unions can demonstrate their power over the whole nation and win big concessions on wages, conditions, and benefits, that plays right into the Democrats’ playbook.

The hope, if I had to guess, is that workers in other industries might decide to unionize and flex their own muscles. That’s more union dues and more foot soldiers available for Democrat causes.

But maybe Team Biden thinks there’s an even bigger political benefit to be had out of economic chaos — that’s the big card they played to take power in 2020, and it’s paid multitrillion-dollar dividends. Do you really think Democrats care about the business destroyed or the inflation unleashed when it’s them and their friends rolling in funny money?

Everyone else will suffer through high prices, poor quality, and an economy that is stagnant when it isn’t chaotic. But as long as the multiple crises don’t go to waste and keep Democrats in power, that’s all that matters.

Calvin Coolidge liked to say that “If you see ten troubles coming down the road, you can be sure that nine will run into the ditch before they reach you.”

Joe Biden is happy to push us all into the ditch along with them.