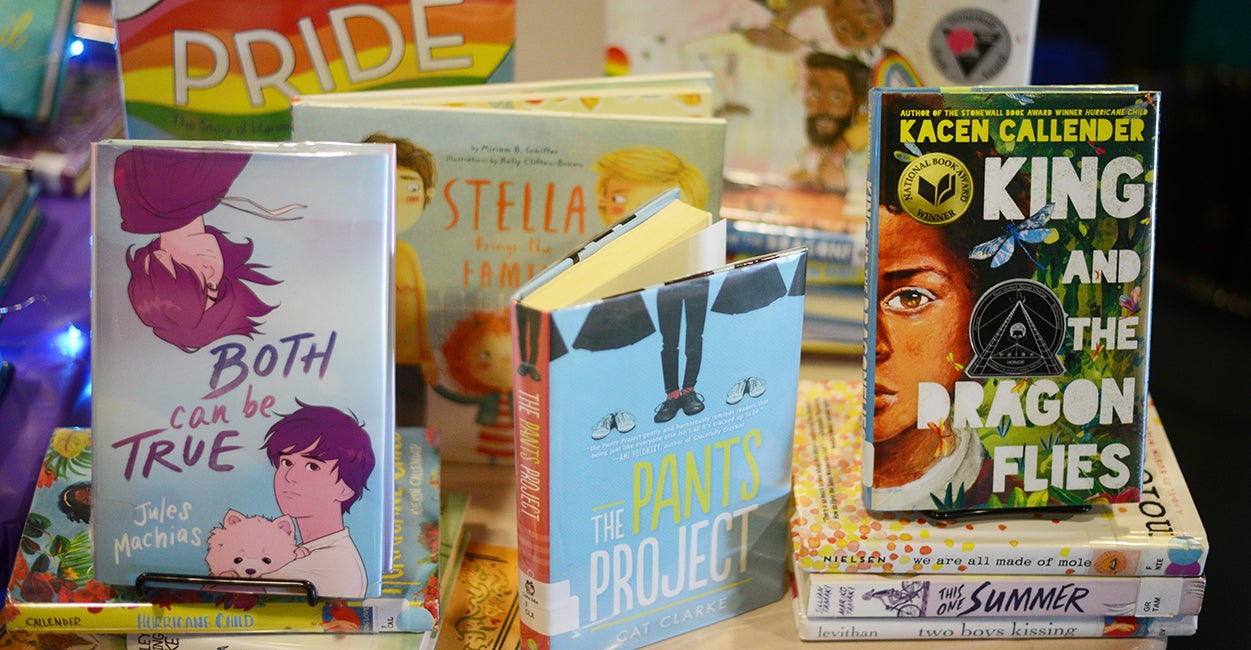 Banned Books Week is coming to K-12 schools and city libraries across the nation September 18-24. This is a time for librarians to promote books that have been challenged for offensive content, such as sexually explicit writing and images, the promotion of so-called transgender lifestyles, and child sexual abuse.

Librarians get to tout their activism as a virtuous commitment to First Amendment freedoms for students and others and they label those who don’t like the banned books as censors. But many of these books actually fall under the legal definition of obscenity. Others discuss things like the steps of “transgender transitioning” and how children can hide their internet search history from their parents. Nevertheless, many school and classroom libraries still carry them.

Research by Judith Reisman and Mary McAlister in the Liberty University Law Review, “Materials Deemed Harmful to Minors Are Welcomed into Classrooms and Libraries via Educational ‘Obscenity Exemptions,’” relayed that the Supreme Court has already settled that obscene material is not protected by the Constitution but left the definition of what is obscene to individual states based on the characteristics of their communities. Most states and the District of Columbia have obscenity laws with prohibitions on disseminating material that is “harmful to minors.”

But here’s the reason why school and classroom libraries can carry obscene materials: More than 40 states “have enacted exemptions to the prohibition against dissemination of obscene or indecent materials, even those ‘harmful to minors’ if the materials are labeled as or used by individuals or organizations for ‘educational, scientific, artistic’ or similar purposes,” according to Reisman and McAlister.

The Protect Child Health Coalition, an organization leading the charge against these exceptions, provides a list of state obscenity exemptions, so it’s easy to check and see if a particular state is on it.

But what does having these exemptions look like at the local level?

For books like “Gender Queer,” I’m unable to replicate the pictures depicted in the book for this article, as I would be subject to legal penalties. Likewise, a father at a recent school board meeting had his microphone silenced for attempting to read from some of the objectionable books found in his child’s school because the school board was aware that allowing the words to air was illegal.

But, magically, once a child enters a school library, a librarian can provide “Gender Queer” and other challenged books to him or her without fear of prosecution.

However, as more people have become aware that children have been harmed by this content, state legislators across the nation have begun offering legislation to close the legal loopholes that grant exemptions for K-12 libraries, and it’s possible that violators could face prosecution.

As an example of a state’s obscenity exemption, take a look at Texas Penal Code Section 43.24, which is the law that prohibits distribution of harmful material to children. The specific exemption is found at 43.24(c), and it provides “an affirmative defense to prosecution under this section that the sale, distribution, or exhibition was by a person having scientific, educational, governmental, or other similar justification.”

But Texas State Rep. Steve Toth is trying to change that. He announced legislation in June to repeal the exemption in Texas, and his bill would apply to taxpayer-funded school libraries and classroom assignments.

And Texas isn’t the only state where legislators are trying to close the loopholes. EveryLibrary, a national political action committee for libraries, tracks legislative attempts nationwide that would make libraries safer for children—though EveryLibrary calls it “legislation of concern.” This tracker allows you to monitor what’s happening in your state.

In the meantime, many librarians and some teachers remain committed to pushing harmful material on children. At a middle school in Puerto Rico for Department of Defense military dependents, one of the top five books checked out by children was “The Prince and the Dressmaker,” a story about a prince who hides his identity from his parents and “puts on daring dresses and takes Paris by storm as the fabulous Lady Crystallia.”

The Hill newspaper carried a story in late August about a teacher in Oklahoma who quit because she was told she wasn’t allowed to display certain books that had been challenged for inappropriate content. The article also mentioned the Brooklyn (New York) Library’s Books Unbanned program that invites “young people ages 13 to 21 from every state in the nation, to apply for a digital library available through” the program.

Brooklyn Library is on to something. Accessing digital library books is quick and easy, and I would like to invite parents to do just that and see firsthand what’s being pushed on their kids. It’s easy to download the Libby App so you can have instant access to library books. Or you could use your child’s digital library card through his or her school. Or you could take an afternoon to sit down in the children’s and teens’ section of your local and school libraries to carry out your own investigation. Don’t take my word or your librarian’s word about which books are or are not age-appropriate (you’ll find that the term “age-appropriate” is quite subjective).

Don’t know where to start? You could begin with the first three books listed as the American Library Association’s top 10 most challenged books of 2021, as these are the books being displayed to your children during Banned Books Week. These include “Gender Queer,” “Lawn Boy,” and “All Boys Aren’t Blue.” Throw in “George” (now “Melissa”), too, which has been included in past years’ lists. Some of these books would make a sex worker blush, and they most definitely promote anti-social behavior in the developing mind of a child.

As you read through the list, I suspect that you’ll be surprised at what you find. You’ll probably wonder, like I do, why librarians are so aggressively pushing these books on school-age children.

And to think, these same librarians are also in charge of “weeding” out books for removal from the library. Read up on equity-informed weeding, decolonizing the library, librarian neutrality, and critical librarianship, and maybe you’ll also question why we’re allowing such librarians to have free rein in deciding which books to purchase and which books to toss as they build their collections.

To be clear, fighting to remove school library books that are harmful to minors is not “pearl-clutching”—it’s common sense. It’s not a matter of a small group of people trying to prevent other people from accessing material they don’t like. Society has already decided through federal and state laws that the material in these books is obscene. And just because libraries receive an exemption, that doesn’t make the content any safer for children.