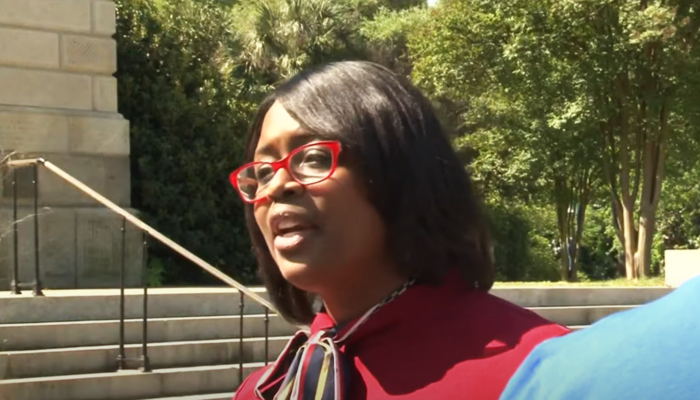 The most insidious form of media bias is bias by omission, because you can’t always know what the media refuse to tell you. The national media elites go looking for horrible Republican candidate misfires, and then try to spread them across the entire Republican Party. By contrast, they ignore damaging statements by Democrats, so it can’t harm the wider party.

Ten years ago, Rep. Todd Akin (R-Mo.) said in a St. Louis TV interview that pregnancy is unlikely in a “legitimate rape,” and ABC, CBS and NBC offered a massive 96 minutes of coverage over three and a half days. Then there’s the blackout for Democrat gaffes. Have you heard about Krystle Matthews? On September 8, Associated Press offered a story that you probably missed. It began:

“The South Carolina Democrat vying to oust Republican U.S. Sen. Tim Scott is facing calls from within her own party to fold her campaign, following the publication of additional leaked audio in which she appears to make disparaging remarks about her constituents.”

That’s a pretty mild first paragraph. A more direct introduction would have been “Democrats are calling on Krystle Matthews to fold her campaign for the U.S. Senate after she was caught on videotape comparing white voters to out-of-control kids and advised that you have to treat whites ‘like s–t.’”

Democrats especially hate the source of this video: the conservative hidden-camera crew at Project Veritas. AP reported that Matthews said her current legislative district is “mostly white,” and she said of white voters: “I keep them right here — like under my thumbs. … Otherwise, they get out of control — like kids.” She went on to say “You ought to know who you’re dealing with…You’ve got to treat them like s—t. That’s the only way they’ll respect you.”

Matthews admitted to AP the recorded comments were hers, but disparaged Project Veritas as a “satirical MAGA-powered news outlet.”

AP also quoted Democrat state Rep. Justin Bamberg, who wrote in an op-ed “If any of our white counterparts had said the same thing with regards to blacks, the minority community, including myself, would be up in arms calling for that member’s immediate resignation.” Correct. So where is the national media? Aren’t they triggered by hostile racist talk? No, not if it’s black leftists disparaging white people.

The story ends with this hilarious bit of gaslighting from Matthews: “Regardless of race, I love everyone,” she claimed. “One thing you can learn from Project Veritas’s first audio attack on me, is obviously I have no biases toward a certain ethnic group.”

This candidate’s flagrantly racist, anti-white banter has yet to be noticed by ABC, CBS, CNN, MSNBC, NBC, NPR, and PBS. The New York Times and the Los Angeles Times and USA Today haven’t located it. On September 13, in paragraph 30 of a story on black candidates, Washington Post reporter Tim Craig acknowledged Matthews is “facing calls from some in her own party to drop out after conservative activists released secretly recorded audio in which she allegedly disparages White people.” Allegedly? And: “Matthews said her comments had been mischaracterized and is refusing to quit the race.”

The Post couldn’t be bothered to quote what Matthews said about white people that was allegedly “mischaracterized.”

We won’t even belabor the point that before she won the primary, Matthews was caught on tape by Project Veritas saying she would accept “dope boy money” for her campaign, and would welcome straw donations from unknowing people.

Bias by omission works, and so can reporters pretending a candidate “allegedly” uncorked anti-White racism in paragraph 30 of an article. You could call it systemic “Democrat privilege.”