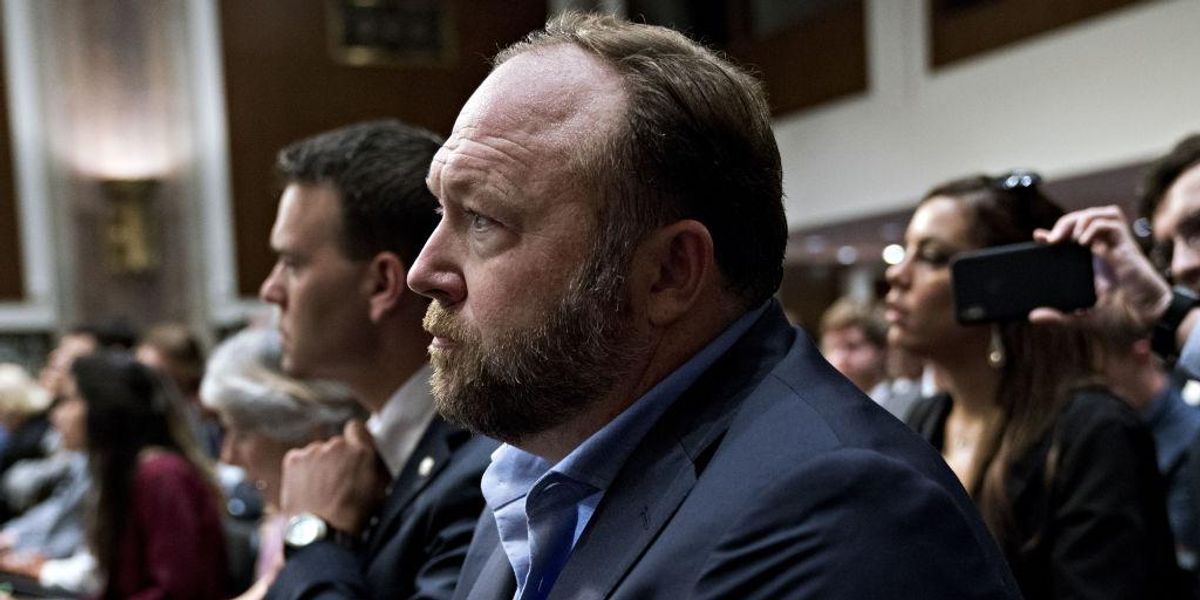 A jury in Connecticut will hear arguments today as it determines how much money radio host Alex Jones should pay relatives of victims of the Sandy Hook Elementary School shooting.

Last year, in a rare move, Judge Barbara Bellis found Jones liable by default in a defamation lawsuit brought by parents of children killed in the Connecticut shooting over Jones’ statements that the shooting was a hoax. The judge stated Jones had failed to turn over documents that might have shown how he and his company profited from spreading his statements about the school shooting.

The current trial is being held in Waterbury, Connecticut, not far from Newtown, where 26 Sandy Hook Elementary School students and teachers were shot to death in 2012. The trial is expected to last “about a month and feature testimony from both Jones and the families,” reports NPR.

This is the second such trial for Jones, who was ordered by a Texas jury last month to pay over $45 million to Sandy Hook parents.

During the Texas trial, Jones testified that he understands it was irresponsible of him to declare the Sandy Hook Elementary School massacre a hoax and that he now believes it was “100% real.” Jones still argues that his previous comments were protected free speech.

In 2019, most major online media platforms — including YouTube, Apple, Spotify, and Facebook — banned Jones from their sites, citing violations of policies against hate speech.

Jones, who has been broadcasting for nearly 30 years, was the subject of the recent documentary Alex’s War, which details his rise from an Austin-based public-access TV show host to one of the most prominent figures in American media and politics. Jones has gained particular notoriety over the past several years, in part due to his vocal support of Donald Trump, appearances on “The Joe Rogan Experience” podcast, and early warnings about Jeffrey Epstein.

Jones also famously reported that chemicals in America’s water supply were turning “frogs gay,” which has spawned an industry of memes and remixes. Commentators have speculated that Jones was referring to a 2010 article from the University of California, Berkeley, that found atrazine, one of the world’s most widely used pesticides, can turn male frogs into females.

Jones’ legal team has previously argued that he is “playing a character” on air and is “a performance artist.”