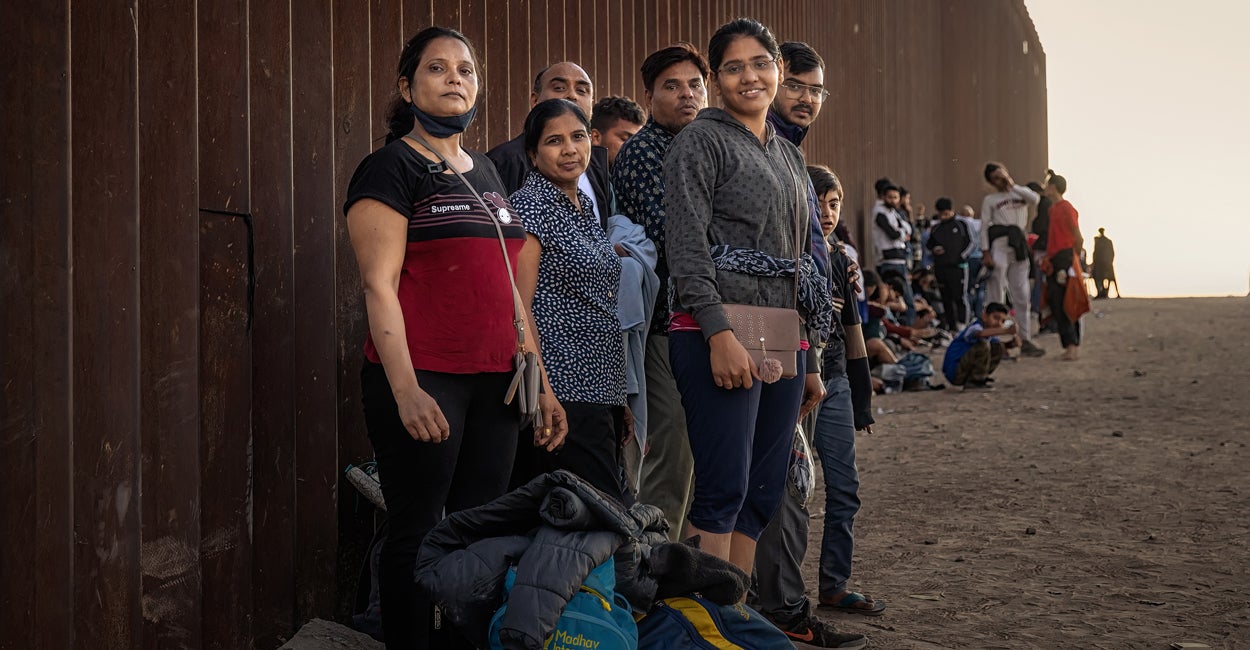 The New York Times published a lengthy news story the other day explaining how over 1 million “undocumented immigrants” have been “allowed into the country temporarily after crossing the border during President Biden’s tenure.”

For many of those 1 million asylum-seekers—whose cases are at best a “long shot”—many “will have to wait seven years on average before a decision on their case is reached because of the nation’s clogged immigration system,” according to the Times.

The Times’ reporting certainly highlights some of the problems we are facing at the southern border. Not only are millions of illegal immigrants crossing the border and seeking asylum, but a majority are in a perpetual legal limbo once they get here.

The Times article pins this issue on a “clogged immigration system.” Even if that were the case, it’s clearly the Biden administration’s choice to heap countless migrants into a process that can’t keep up.

Does the administration just plan to wait out the clock on all these asylum cases, giving illegal immigrants de facto amnesty?

President Joe Biden’s strategy seems to have been to just let everyone in and hope nobody notices.

Even the Border Patrol chief admits that we’ve signaled to the world that we will let in anyone, and that has been fueling the crisis.

The New York Times began to notice only when the situation got out of hand—and hit the Acela corridor.

It’s notable how much is missing from the Times’ story. It is hard to ignore that something is going wrong at the border, especially for those living near it.

The Times’ report does little to explain how Biden’s policies have turned a border problem—a problem that was vastly improved under President Donald Trump—into a complete catastrophe. The message it projects is that the crisis is something happening to the administration, instead of because As Washington Examiner commentary editoof it.

As Washington Examiner Commentary Editor Conn Carroll explains, the border has become such a problem because of Biden’s specific policies. It began years ago, though, when Mexico’s left-wing President Andres Manuel Lopez Obrador campaigned on letting migrants pass through his country freely to reach the U.S.-Mexico border and seek asylum.

This pushed Trump to implement the “Remain in Mexico” policy that forced asylum-seekers—who came from various Latin American countries and Haiti—to stay in Mexico while they waited for their asylum cases to be adjudicated.

This prevented waves of migrants from entering the United States, and may have deterred many more from coming here with bogus cases. A win-win for border security and the rule of law.

Everything changed under Biden.

Biden put up a national “all are welcome” sign. That’s certainly what the left-wing activists who control his party and administration want. But it’s more complicated when the real-world mess caused by these policies hits cities and other local communities.

Suddenly “all are welcome” is as tenuous as “defund the police.” When reality smacks people in the face, Democrats and their media pawns turn around and make sure to tell everyone that it’s all surely the fault of “the MAGA Republicans.”

After just a short time dealing with their new migrant crises—and while having far fewer people to deal with than your typical small border town—the Democrat mayors of New York and Washington melted down.

New York Mayor Eric Adams routinely castigates the two Republican governors for sending a relatively small number of migrants to New York. D.C. Mayor Muriel Bowser twice has requested mobilization of the National Guard to help in the nation’s capital. She was twice denied by the Biden administration, but offered only the mildest of protests.

Bowser announced Thursday that the District is in a state of emergency.

Get the world’s smallest violin warmed up.

“Regardless of the federal response—which I think has been lacking in some respects—… the District of Columbia [will] continue to work with partners to advance what we need and ensure our systems in D.C. are not broken by a crisis that is certainly not of our making,” Bowser said.

Indeed, the federal response has been lacking, though in more than a “few respects.” Nice of the mayor finally to notice now that splash damage from the tidal wave at the border finally is hitting her city.

Oh, but the real source of the problem is those mean border-state Republican governors who took the “all are welcome” unofficial motto of big, blue cities at face value.

D.C. Council member Brianne K. Nadeau, a Democrat, said that the governors of Arizona and Texas “created this crisis,” and again merely whined that the federal government isn’t doing much of anything to help.

Border-state governors who have no influence over federal border policies created the crisis? Somebody needs to put one of those Biden “I did that” stickers on Nadeau’s podium.

Or better yet, she should look in the mirror. Here’s Nadeau just a few years ago, calling the nation’s capital a “sanctuary city” that wouldn’t cooperate with U.S. Immigration and Customs Enforcement, also known as ICE.

It’s easy to see through this nonsense when taken all together. Bad policies have produced bad results quickly. Democrats treat the issue like a messaging malfunction rather than a total indictment of their open-borders attitude.

Perhaps now more Americans will see through this and realize that the trouble with the Biden administration and left-wing ideology isn’t fate or circumstances, but an incompatibility with reality.

Nothing changes until the president and his administration are made accountable for these policy failures. Democrats and their media allies will just spin, spin, spin until the public makes them change course.