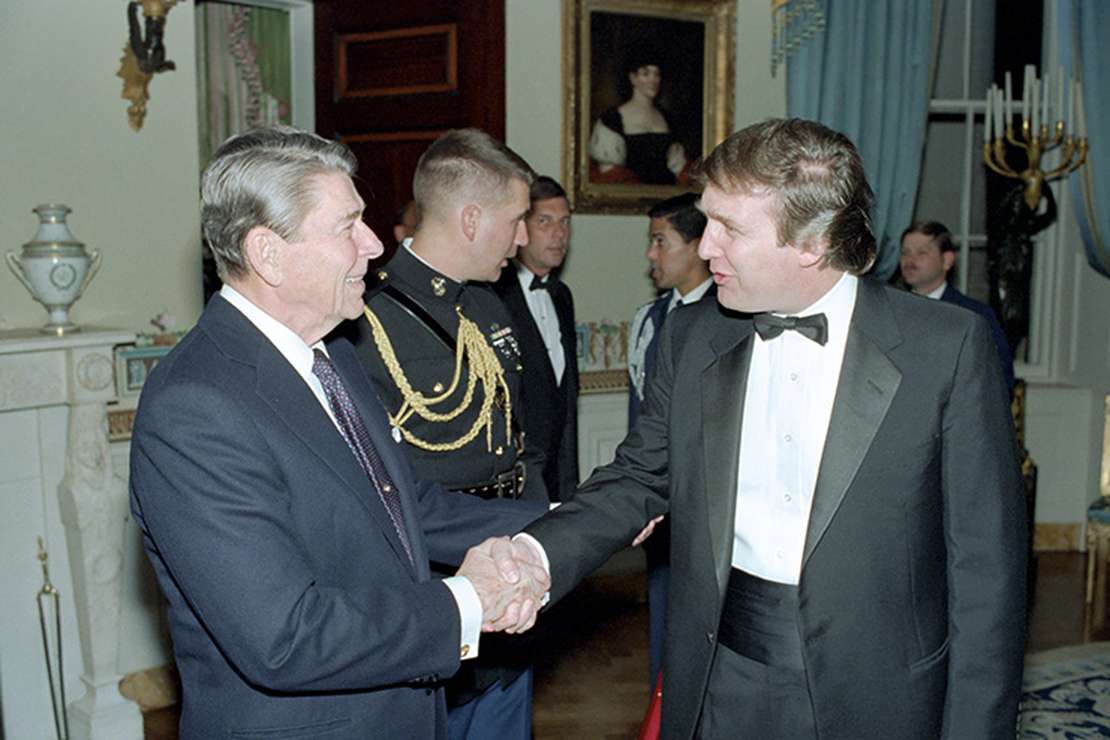 It’s all but impossible these days to find mainstream media reporting on anything connected in any way with former President Donald Trump that does not reflect in the most blatant manner a deep-seated loathing of the man that defies rational explanation.

Consider the fact that it’s been more than seven years since the modern Trump era began with his June 16, 2015, descent on the golden escalator to announce his candidacy for the 2016 Republican presidential nomination. The mainstream media and the Democrats for whom they so often speak snickered and winked at one another.

They were secure, they thought, in their knowledge that the New York developer and broadcast television celebrity famous for the “you’re fired” declaration could never win the Republican nomination, much less go on to defeat the inevitable first woman in the Oval Office, Democrat Hillary Clinton.

But, for better or worse, Trump steadily disposed of everybody else on the GOP debate stages, and those snickers turned to worries, then to rising outrage as the crowds swelled at the Trump rallies and the Clinton campaign made mistake after mistake while barely resisting the urge to pop the corks months early.

When Trump won, the election-night tears of astonished disbelief rolling down the cheeks of Clinton’s campaigners, journalists and Democrat officeholders gave the nation a televised glance at the agony seen on the faces of the grown-up trust fund babies upon hearing the word “No” for the first time ever.

I believe that’s when the panic and outrage mutated into a white-hot, angry hatred unlike anything seen in American politics among Democrats since Lincoln’s first election in 1860 resulted in secession and the Civil War. It was no longer enough merely to oppose Trump, he had to be eliminated forever from the political scene—by any means necessary.

And thus, America was subjected to the longest, most comprehensively intense campaign to render an incumbent president impotent, discredited, and disgraced. There was the endless Russiagate scandal, the reporting of which won multiple Pulitzers even before the Mueller report made it obvious the whole thing was a sloppily fabricated hoax.

And there were two impeachments by the Democrat-controlled House of Representatives, neither of which even got within shouting distance of the Senate votes necessary to convict Trump and remove him from the Oval Office.

Then came the 2020 election loss, the riot at the Capitol, and the January 6 Star Chamber proceeding officially known as “The United States House Select Committee on the January 6 Attack on the U.S. Capitol.”

And just when whispers began to be heard here and there in the mainstream media of congressional Democrats’ dissatisfaction with the apparent apathy toward Trump of Attorney General Merrick Garland, the unprecedented Mar-a-Lago FBI raid goes down, followed by Joe Biden’s sinister Philadelphia declaration of war against “Maga Republicans.”

It seems abundantly clear now that congressional, executive branch, and media Democrats are united as never before in their shared affliction: the “indict Trump at any cost for something, anything” mentality. They fear and hate this man so much they will do anything to stop him.

Now, I should make something clear at this point: President Ronald Reagan has long been my idea of a great chief executive. He was not without his faults, but he was responsible for the greatest economic boom in American history, he restored the nation’s self-confidence, and he took the crucial steps that ultimately won the Cold War, leaving the Soviet Union in well-deserved ruins.

And yet, as fervently as many of Reagan’s opponents worked against his policies, there was none of the blind hatred aimed at the Great Communicator like that which today constitutes the warp and woof of the Democratic Party and the mainstream media.

So the question is unavoidable: Why do they totally, obsessively, and irretrievably hate Donald Trump and his most devoted supporters?

The answer, I believe, begins to emerge when we look at a comparison of Reagan and Trump in their efforts to roll back the regulatory Leviathan that is the federal government. Nobody in Washington, D.C., knows these issues better than Competitive Enterprise Institute’s (CEI) Senior Fellow Wayne Crews, author of the invaluable “Ten Thousand Commandments” annual report.

Reagan got a handle on the federal regulatory machine. As Crews reported in a 2016 CEI report:

They declined during the Reagan administration to as low as 4,589. And although the number of Federal Register pages began to creep back up during the George H.W. Bush administration, the number of final rules published each year continued to decline throughout Bush’s presidency. Alas, these downward trends did not last long.

But Trump went further and accomplished more than Reagan, thanks primarily to the former’s “one new rule in, two old rules out” principle, according to the 2021 edition of the “Ten Thousand Commandments” report:

“At the end of 2016, [President Barack] Obama’s final calendar year, the number of Federal Register pages stood at 95,854, which was the highest level in the history of the Federal Register, and a 19 percent jump over Obama’s own second-to-last year’s count.

Trump’s deregulatory record is far from one of uniformly reducing the size and scope of the federal bureaucracy’s rule-making, but, as Crews further noted, “While several hundred ‘significant’ final rules each year are common, that changed dramatically under the Trump administration. Trump issued 214 in 2017, 114 in 2018, 69 in 2019, and 79 in 2020, the lowest levels since 2006’s 179 significant finals rules.”

In other words, Trump took major strides toward actually draining the Swamp and achieved more in that regard than did Reagan. Still, I don’t think that record alone accounts for the Left’s absolute hatred for Trump; it has to be viewed in the wider context of the meaning of “MAGA,” or Make America Great Again.

Trump promised a wall on the Southern border and did everything possible to build it. Trump promised to and actually did pull the U.S. out of the ill-considered Paris climate agreement and the stupendously bad Iran nuclear deal.

Further, Trump told NATO its days of living off the U.S. defense budget were over and then got the European nations to up their contributions. Trump refused to commit the U.S. to yet another overseas war, but he also didn’t hesitate to kill Russian mercenaries working against U.S.-supported rebels in Syria. Nor did he hesitate to take out the Iranian terrorist mastermind, Gen. Qasem Soleimani.

In other words, most Americans want to make America great again, and Trump, for the most part, did what Trump said he would do to achieve that end, unlike so many politicians in both major parties.

Worse yet, if he is re-elected in 2024, the Democrats and the mainstream media are terrified that Trump will do more of what he promises to do. And that’s why they hate him so.

FULL DISCLOSURE: Before I became an ink-stained wretch of a journalist, I was a Reagan political appointee. I became a Reagan admirer the night of “The Speech” in 1964 (I was 14 years old), and to this day, I consider it one of the great honors of my life to have had a tiny role in helping him get to and then occupy the Oval Office for eight years.

Like so many Democrats, however — think Jake Tapper, Chuck Todd, George Stephanopolous, etc., etc., etc. — I transitioned to the reporting side of the news business after my stint in government and have been here for 30+ years. Happily, the ink stains are impossible to lose.