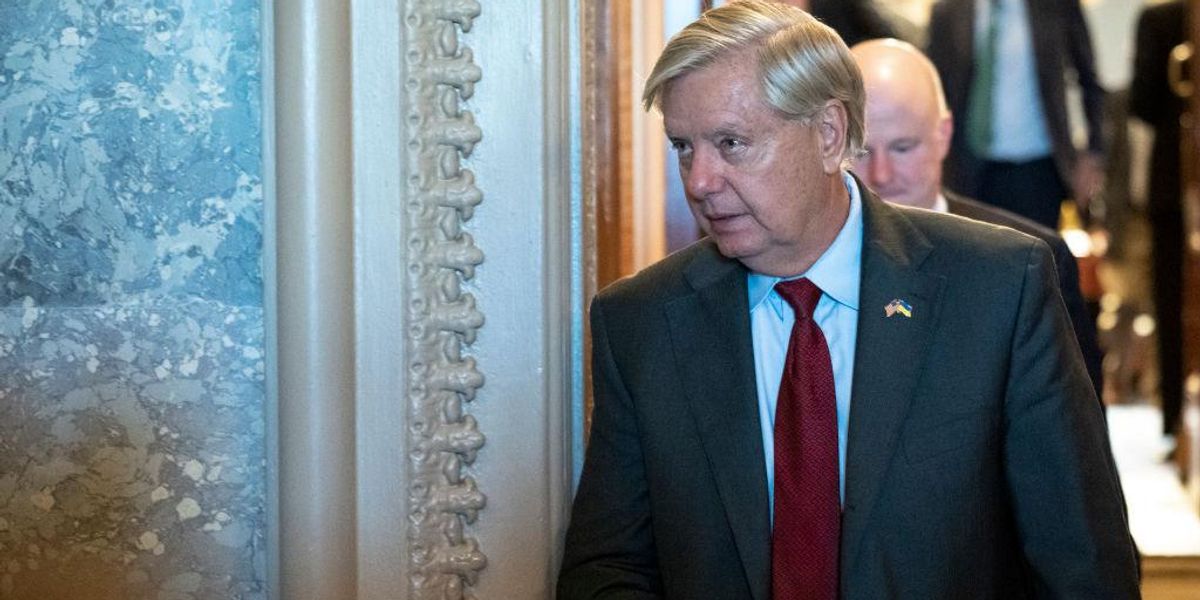 South Carolina Sen. Lindsey Graham (R) on Tuesday introduced a bill that would ban abortion nationally after fifteen weeks of pregnancy, the first such effort in the Senate since the Supreme Court overturned Roe v. Wade in June.

Graham says his legislation, called the “Protecting Pain-Capable Unborn Children from Late-Term Abortions Act,” would bring abortion restrictions in the United States into line with other developed countries and help Republicans running in the midterm elections.

“I see this as a responsible alternative to the very radical position by Democratic senators,” Graham told Fox News in a statement. “I can assure that a vast majority of Americans do not support abortion on demand up to delivery.”

“This bill puts us in line with the rest of the world, so when you’re on the campaign trail you have a chance to talk about what you’re for,” he added.

Graham’s bill contains exceptions for rape, incest, and medical emergencies that threaten the life of the mother. It would impose a criminal penalty of up to five years in prison for physicians who perform abortions, but it explicitly prohibits women who seek an abortion from being prosecuted.

Previously, Graham has introduced legislation that would prohibit abortions after 20 weeks, but those bills never found enough support in the Senate to overcome a filibuster. He acknowledged that his most recent effort will likely fail to meet the 60-vote threshold required and may not even receive a vote as long as Democrats control the Senate majority.

“If the Democrats are in charge, I don’t know if we’ll ever have a vote on our bill,” Graham said.

“Today, Senator Graham introduced a national ban on abortion which would strip away women’s rights in all 50 states. This bill is wildly out of step with what Americans believe,” White House press secretary Karine Jean-Pierre said in a statement.

“While President Biden and Vice President Harris are focused on the historic passage of the Inflation Reduction Act to reduce the cost of prescription drugs, health care, and energy – and to take unprecedented action to address climate change – Republicans in Congress are focused on taking rights away from millions of women,” Jean-Pierre continued, contrasting Graham’s bill with Democratic-led efforts to codify Roe v. Wade.

“The nationwide abortion ban proposal put forth today is the latest, clearest signal of extreme MAGA Republicans’ intent to criminalize women’s health freedom in all 50 states and arrest doctors for providing basic care,” she said in a statement. “Make no mistake: if Republicans get the chance, they will work to pass laws even more draconian than this bill – just like the bans they have enacted in states like Texas, Mississippi and Oklahoma.”

Democrats in recent weeks have gone on the offensive on abortion, attempting to capitalize on voter dissatisfaction with the Supreme Court’s abortion decision and paint Republicans as anti-abortion extremists. Several GOP candidates have responded by removing hard-line pro-life stances from their websites and campaign materials and moderating their positions. But other Republicans have countered that the Democratic position of abortion on demand with no limits is equally extreme and out of touch with most Americans.

An AP-NORC poll taken in July found that most Americans disapproved of the Supreme Court’s decision and want abortion legal in the first trimester, but also that they favor some abortion restrictions as the baby develops.

About half of survey respondents said states should allow abortion through 15 weeks, making Graham’s proposal controversial but not extreme.