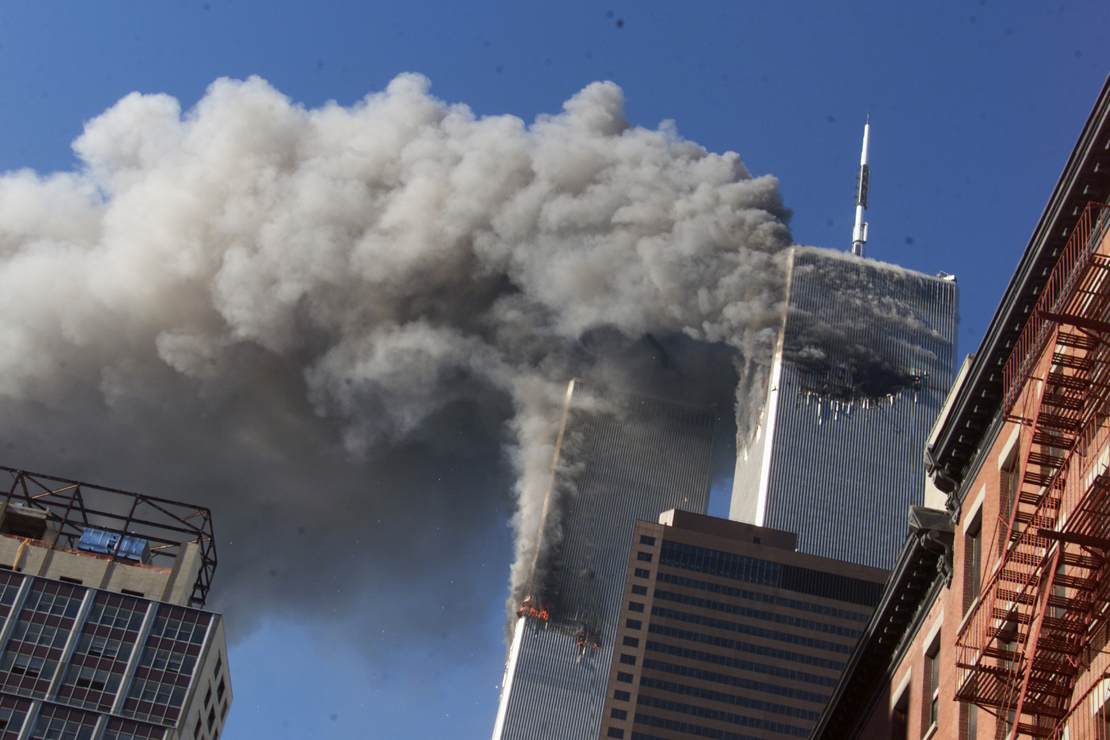 I wrote earlier about how I look back on 9/11 and long for the national unity that we as a nation felt. We the People had proven that while al Qaeda could knock down buildings, the foundation of America was solid. President George W. Bush observed in his radio address days after the attack that “A terrorist attack designed to tear us apart has instead bound us together as a nation.”

Every year on the anniversary of the 9/11 terror attacks, that’s what I think of. That unity was, of course, shortlived, but 9/11 nevertheless remained a day of reflection for America. A reminder not only of those who were killed or the bravery of those who died trying to rescue others, but also a reminder of the best of what America is. And for twenty years, that day has been sacred.

But this year, things changed.

Also for our VIPs: Biden: ‘Greatest Lesson of September 11’ Is That We Should Not Offend Muslims

On the 21st anniversary of the 9/11 attacks, which killed nearly three thousand people, Kamala Harris, with an assist from Chuck Todd on Meet the Press, compared Trump supporters to the 9/11 terrorists.

“Look, we’re at the 21st, um, marking, if you will, of the September 11th attacks. This was a foreign terrorist attacking our democracy, attacking this country. We’re now as a nation battling a threat from within,” he said alluding to Trump supporters. “Is the threat equal or greater than what we faced after 9/11?”

Harris didn’t even blink at Todd’s characterization. “That’s an interesting question. … Um, I have held many elected offices, as district attorney, attorney general, senator, now vice president, and there’s an oath that we always take, which is to defend and uphold our Constitution against all enemies, foreign and domestic. We don’t compare the two in the oath, but we know they both can exist, and we must defend against it.”

Hillary Clinton similarly used the anniversary of 9/11 to make what several media outlets saw as an oblique swipe at Trump and his supporters.

“We have … been reminded about how important it is to try to deal with extremism of any kind, especially when it uses violence to achieve political and ideological goals,” Clinton told CNN on Sunday, echoing Joe Biden’s fascistic speech from ten days earlier. She later added that a “very vocal, very powerful, very determined minority wants to impose their views on the rest of us. It’s time for everybody, regardless of party, to say no, that’s not who we are as America.”

Later, Joe Biden delivered a speech in front of the Pentagon that some interpreted as a continued attack on Trump in light of his recent rhetoric.

“We have an obligation, a duty, a responsibility to defend, preserve and protect our democracy,” Biden said, echoing language used ten days earlier in his speech at Independence Hall. In it, he said, “For a long time, we’ve told ourselves that American democracy is guaranteed, but it’s not. We have to defend it, protect it, stand up for it — each and every one of us.”

Making a policy statement on the anniversary of 9/11 attacks normally wouldn’t sit well with America, but now we’re seeing some thinly veiled and even direct attacks on millions of Americans. This is what the left has done to this day. It’s a sad reminder of who is responsible for dividing this country after the unity we experienced 21 years ago.

MSNBC: Graham Has ‘Never Seen A Vagina’ or ‘Naked Woman,’ Pro-Life Men Need Viagra
Reid Accuses DeSantis of Owning the Libs Instead of Preparing for Hurricanes
Sorry, Boy Scouts—or Whatever You’re Calling Yourself These Days. I Refuse to Support Your Fundraisers Anymore.
There in Spirit: Nets Bury Biden Looking for Dead Congresswoman During Speech
Adam Carolla on Free Speech, Cancel Culture, AOC and Covid Hysteria