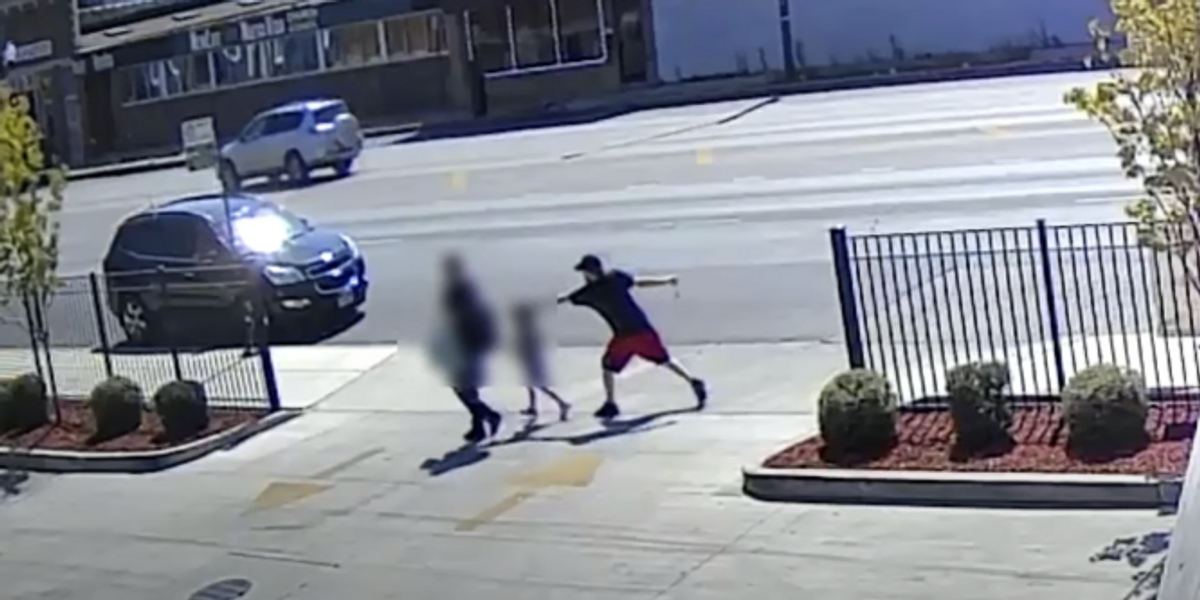 Chicago police are asking for the public to help authorities track down a man who attempted to kidnap a 5-year-old girl. The shocking attempted crime happened in broad daylight and was captured on video.

The Chicago Police Department said a mother was walking with her 5-year-old daughter on West Fullerton Avenue near North Leclaire Avenue around 12 p.m. on Thursday. That’s when an unidentified man followed the mother and daughter.

The man offered the mother to buy her daughter for an unspecified amount of cash. The mother refused the troubling offer, and they walked away from the man.

The man pursued and attempted to grab the little girl’s hair to pull her closer to him. The mother slapped his hands away from her young daughter. The mother and daughter were able to escape safely.

The worrisome offer to buy the daughter and the kidnapping attempt were caught on security camera video.

The Chicago Police Department said the suspect is a Hispanic male between the age of 20 and 25 with a thin beard. He is about 5’7″ in height and approximately 160 pounds. He was wearing a black hat, black T-shirt, and red shorts during the time of the alleged child abduction.

The Chicago Police Department is asking that anyone with information about the suspect call the Area Five Detective Bureau at 312-746-6554.

Who Gets Hurt From High Gas and Diesel Prices? There’s More Harm Than You Think.
What Goes Into Gas Prices at the Pump: Lessons From Across the Oil Supply Chain
The Democrats’ Goose Still Looks Cooked in November
Mother Sells Her Six-Year-Old Daughter For Sex, Gets 23 Years In Prison
Politico Founding Editor Wants to Rewrite Constitution Because of Trump