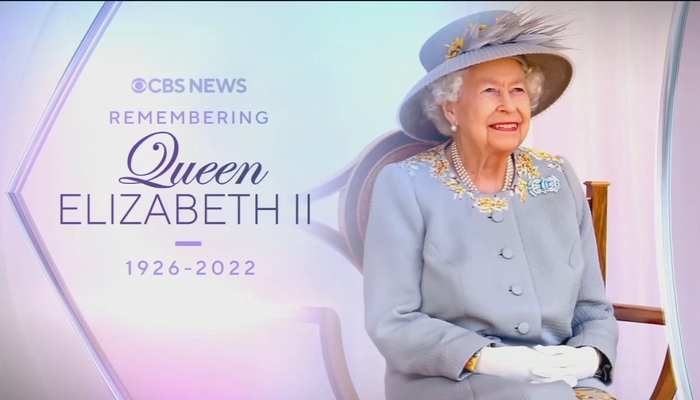 Hey, no bias there!

This week the world learned of the passing of England’s 96 year old Queen Elizabeth II. A couple weeks ago Russia’s 91 year old Mikhail Gorbachev, the last president of the Communist Soviet Union, passed away. And the difference in coverage in the media was, shall we say, interesting.

The New York Times published an essay by one Maya Jasanoff. Jasanoff is described as “a professor of history at Harvard, is the author of three books about the British Empire and its subjects.” The title of her essay:

Mourn the Queen, Not Her Empire

Among other things Professor Jasanoff says this on the Times pages beneath a photo of the Queen with the leaders of the British Commonwealth:

“What you would never know from the pictures — which is partly their point — is the violence that lies behind them. In 1948 the colonial governor of Malaya declared a state of emergency to fight communist guerrillas, and British troops used counterinsurgency tactics the Americans would emulate in Vietnam.”

Contrast this with the Times obituary of Gorbachev’s death.

Adopting principles of glasnost and perestroika, he weighed the legacy of seven decades of Communist rule and set a new course, presiding over the end of the Cold War and the dissolution of the U.S.S.R.

Granted, there is a difference between an obit and a column. But very little focus on the fact that Gorbachev was the Soviet leader in the first place because he had spent an adult lifetime nodding along to the massive, global violence of Soviet Communism.

The Black Book of Communism: Crimes, Terror, Repression says this of the system Gorbachev was a lifelong member.

As the death toll (of Communism) mounts-as many as 25 million in the former Soviet Union, 65 million in China, 1.7 million in Cambodia, and on and on- the authors systematically show how and why, wherever the millenarian ideology of Communism was established, it quickly led to crime, terror and repression.

From the Amazon description, the book “documents the unparalleled position and significance of Communism in the hierarchy of violence that is the history of the twentieth century.”

Which is to say the atrocities of mass murder on a mammoth scale with the Communist Soviet Union and Communism elsewhere dwarfs the violence with British colonialism as cited by the Times and essayist Jasanoff by magnitudes of millions.

Any mention of this in the Queen’s obits? Nah.

Not in this corner will there be accolades for British colonialism. Obviously, Americans of the day were more than willing to fight a revolution to drive the British colonizers out of their country. Bravo!

But by the sheerest chance of a pair of notable back to back deaths of two extremely important figures in 20th and 21st century history, the willingness to give a pass to one (Gorbachev and Communism) but not the second (the Queen and British colonialism) when the evils of one dwarf the other?

That says everything you need to know about the fundamental left- leaning bias that underlies the American media.