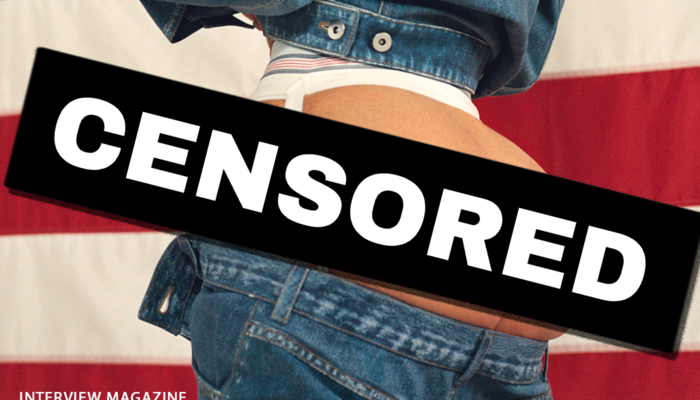 The Kardashians are only good at one thing: being naked at inappropriate times. And they just keep proving it.

Interview Magazine released it’s cover for the September 6 edition of “American Dream.” The cover featured none other than Kim Kardashian’s massive dump truck.

No, not a vehicle.

Here is the cover: 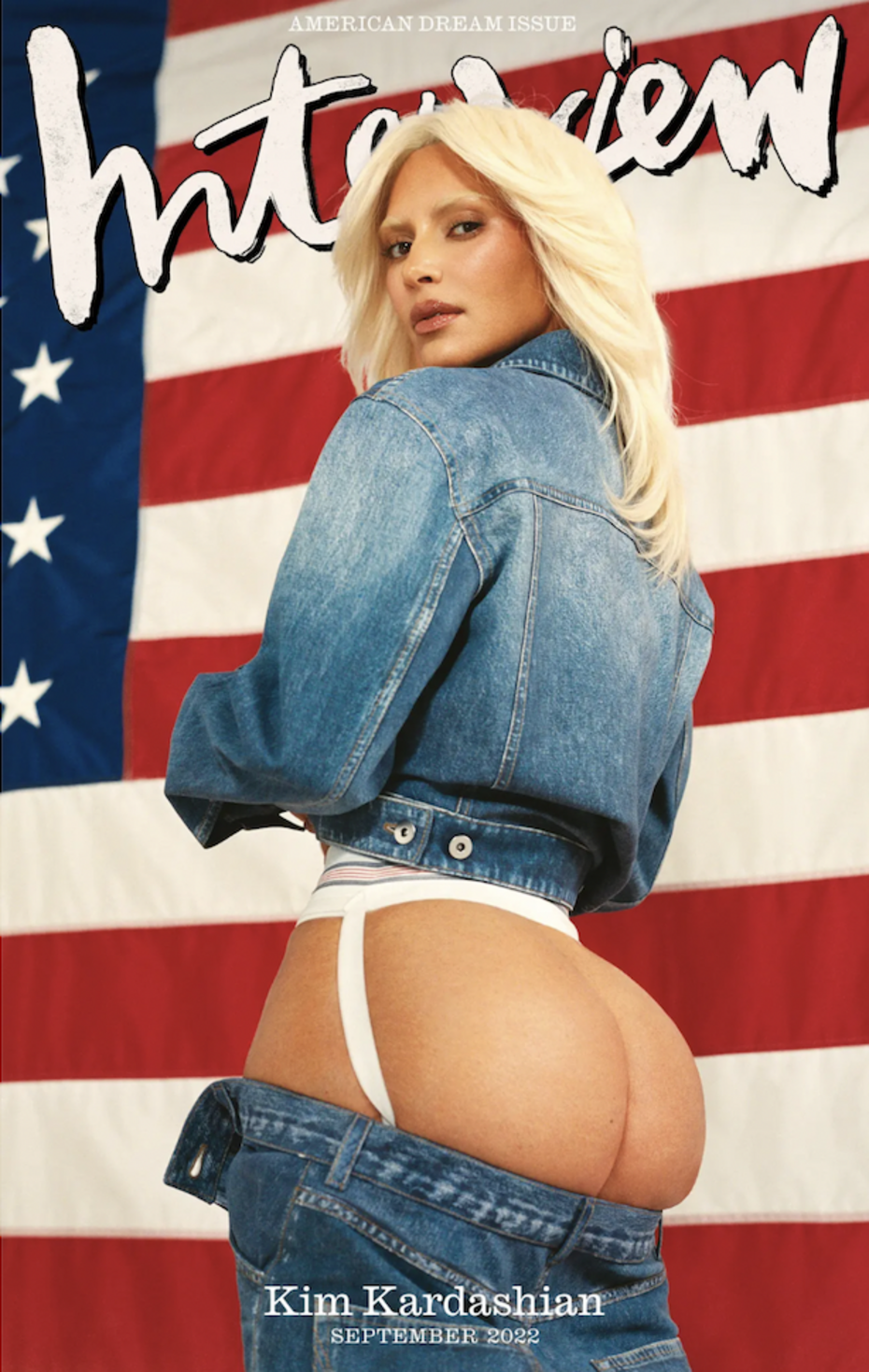 Damn! Baby got back is right! But, we’ve known that. Reminder: that IS how her fame erupted anyways.

Eight years ago, Kim’s last (intentional) booty pic on the cover of a magazine broke the internet. She posed naked for the cover of Paper Magazine with her butt facing the camera and what looked like a black garbage bag draped just below her butt crack. At least she had a jacket on in this week’s booty pic. I swear I should get workman’s comp. for having to look at this garbage.

I’m unsure what part of a giant butt with a jock strap screams “American Dream” but, to each their own I guess?

Piers Morgan wrote about Kim’s ass for his Uncensored column in the New York Post.

I’m not even American, but found this cover horribly offensive and inappropriate — not because I’m shocked to see Ms. Kardashian’s flesh yet again infecting social media at warp speed like a COVID-style digital virus, but because her claim that it represents the American Dream is such a grotesque desecration of what it should represent. The accompanying interview is breathtaking both in its vacuity and utter delusion.

He’s totally right about this display of the “American Dream” being “utter delusion.”

In the interview with the magazine, Kim was asked what her talent was. She struggled to name any other than that she can “use my toes for anything.” She also said “Do I need to be a fucking circus animal?”

But, Morgan summed it up nicely.

Your entire fame and fortune are entirely attributable to your shameless, cynical exploitation of your sex life and naked body, and short-lived marriage to one of the world’s biggest and most genuinely talented music stars, Kanye West.

Your only “talent” has been in duping so many people into believing you’re someone worthy of their misguided idolatry and money.

And as such, you shouldn’t be any kind of aspirational role model for younger generations to admire or follow.

Kim has four children of her own and is a popular figure that many others see and are influenced by. Not only that but she’s also promoted by children’s television. At the moment she’s working on voiceover for a kids show called Paw Patrol. Not a good look for either party involved.

But(t), that’s what the left wants. They want to promote promiscuity. They thrive when the internet breaks over the latest display of a naked butt. They are fueled by stirring the pot.