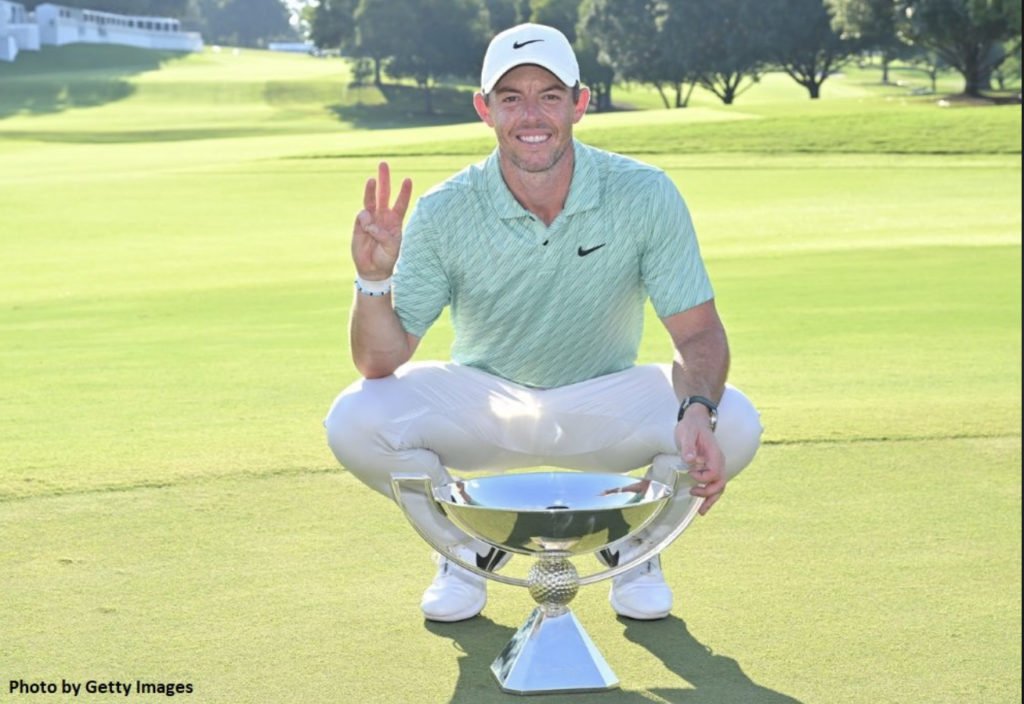 Each Sunday, I take a step away from daily politics and focus on someone who has done extraordinary things or who we may need to know a little better. This week focuses on PGA golf superstar and 2022 FedEx Champion Rory McIlroy.

You might ask why I would be highlighting a golf pro who is also a mega-millionaire but stay with me. Rory deserves attention for more reasons than the clubs in his bag. I was pulling for Scottie Scheffler, who had a breakout season but fell short of closing out the FedEx after leading for most of the 72 holes. He faltered slightly, and the veteran McIlroy was ready to pounce. Scottie was a breath of fresh air in 2022 with multiple wins but a calming personality that endeared him to many fans. He was a modest family guy with many of his family members on hand to hopefully celebrate. They may be disappointed, but as his father said after one of his wins. “I am so proud of you. You are a great golfer, but even a better husband, father, and man”. High praise from his dad and deserved. But this week is about Rory.

With his win, Rory surpassed Tiger Woods as the only three-time winner of the FedExCup Championship, the ultimate prize in the PGA season. Any time you pass Tiger in any category, you have accomplished greatness. Scheffler held a comfortable six-stroke lead to start the final round, and it seemed like it was just an easy four-hour round to pick up the trophy and the $18 Million winners check. Not to be, as Rory played a near-perfect round to take home the cup and cash.

The 2022 PGA season has been unique and full of uncertainty as the upstart Saudi backed LIV league was picking off and buying the cream of the PGA crop every week. The LIV league has unlimited resources and is paying millions to entice players to turn their backs on the PGA. Phil Mickelson was the first player to jump ship and was reportedly paid $200 Million to do so. Players like DJ, DeChambeau, Koepka, and the latest, Open Champ Cameron Smith, have all taken the money and scorned the PGA. The PGA does not allow any LIV players to compete in any PGA event, including the Masters, PGA, or the Players.

So far, it looks like Rory will refrain from cashing in with the LIV and stay with the PGA. You might say that it is easy to stay with career winnings in excess of $64 Million, but he is probably leaving over $100 Million in Saudi funds on the table. He and Tiger have teamed up and are counseling the remaining PGA golfers on why they should stay with tradition and continue to support the PGA. It shows his maturity, commitment, and respect for the PGA tradition.

Rory has always been a polarizing member of the tour. People either loved him or not. But with age has come a better, easier to like Rory McIlroy, and that could be the best thing to happen to the PGA and golf this year. Rory turned pro in 2007 and has played for 15 years. He is in phenomenal condition, and if his body stays healthy, he should compete at the highest level for years to come. He will serve the PGA and younger players in two ways. He will be the excellence they can strive for and the quality of person we should all hope to be.

‘You loot, we shoot’: Ron DeSantis delivers unflinching warning to criminals after looters caught stealing in devastating Hurricane Ian aftermath: ‘Don’t even think about looting’
How Men Can Play Irreplaceable Role in Creating Culture of Life
CBS Allows 22 Seconds for 2nd Quarter Negative GDP Revision, ABC & NBC Ignore
Lakers Announce 4th Pride Night, But Block Comments On Instagram
The Fed Is Piloting a Chinese-Style Social Credit Score–And Your Bank May Be In on It