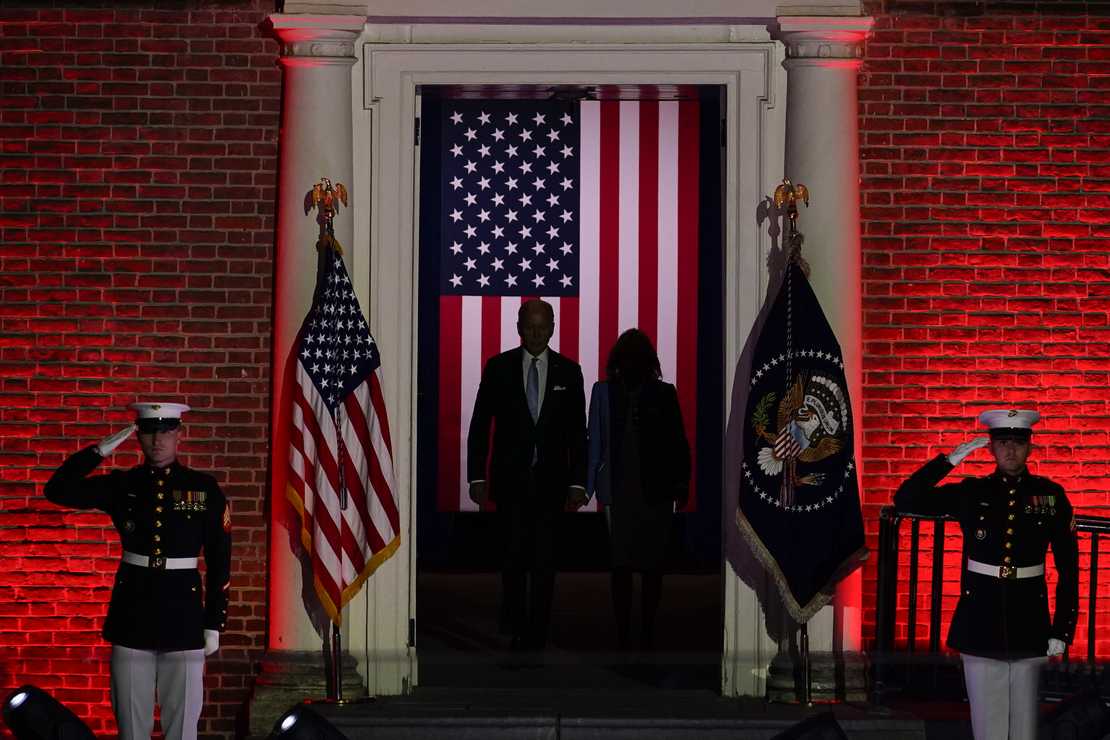 Joe Biden delivered an overtly partisan anti-MAGA Republican speech on Thursday evening. He stood before Independence Hall in Philadelphia, Pennsylvania, which was bizarrely lit in blood-red, and flanked by Marines. If it reminded you of black-and-white footage of an Adolf Hitler speech from 1933, but in color, you were not alone.

And Biden’s rhetoric was eerily reminiscent of Hitler’s rhetoric against the Jews of Europe. Biden called pro-Trump Republicans a “clear and present danger” to American democracy and insisted they must be stopped.

“It’s in our hands, yours and mine, to stop the assault on American democracy,” Biden declared. “I believe America is at an inflection point, one of those moments that determine the shape of everything that’s to come after.”

What is this assault on democracy? Is he talking about the Capitol riot? Yes, he mentioned it, but it was more than a year ago—even the primetime hearings ended weeks ago. Biden’s rhetoric Thursday night suggested that there is a threat to our nation happening at this moment, and that threat could be the end of our country.

“For a long time, we’ve reassured ourselves that American democracy is guaranteed. But it is not,” Biden said. “We have to defend it. Protect it. Stand up for it. Each and every one of us. That’s why tonight I’m asking our nation to come together and unite behind the single purpose of defending our democracy regardless of your ideology.”

Despite the addition of “regardless of your ideology,” this was a call to arms against those who voted for Donald Trump. “MAGA forces are determined to take this country backwards,” Biden said. “Backwards to an America where there is no right to choose, no right to privacy, no right to contraception, no right to marry who you love.”

In other words, if you oppose abortion or same-sex marriage, you’re an enemy of the United States, and the commander-in-chief defined those enemies as a “clear and present danger” to the country—thus justifying drastic measures to counter them.

The hypocrisy of Biden’s position is highlighted by the fact that he labels his adversaries as fascists while simultaneously embracing fascism himself. It has been pointed out for a long time that whenever Democrats accuse Republicans of something, it is the Democrats who are actually guilty of it.

We are now just over two months away from the midterm elections—elections that are widely expected to hand control of the House of Representatives to the Republicans and possibly even the U.S. Senate. Biden delivered a campaign speech on federal land, under the guise of a presidential address, flanked by members of the military, and implored viewers to vote. “We need everyone to do their part. So speak up. Speak out. Get engaged. Vote, vote, vote,” he said. “And if we all do our duty — if we do our duty in 2022 and beyond, then ages still to come will say we — all of us here — we kept the faith. We preserved democracy.”

This was more than just a rallying cry to get people to the polls. Biden was laying the groundwork to abuse his presidential powers should constitutional checks and balances get in the way after the November elections. Biden’s rhetoric has become increasingly divisive and menacing in recent weeks. His equating his political opponents to fascists is part of a sinister, calculated strategy to put the fear of God in the hearts of his godless supporters to vote and to justify the means by which he intends to achieve his endgame should they lose power in November. If you thought Barack Obama abused his executive authority when he lost one-party control of the government, Joe Biden will be much worse. Biden intends to bypass a Republican-controlled Congress to “preserve democracy.”

For the sake of our nation, Biden will make Congress irrelevant. To “save” our nation from the “fascists,” he will become a dictator.

What Goes Into Gas Prices at the Pump: Lessons From Across the Oil Supply Chain
Dramatic before and after images show scale of Hurricane Ian’s destruction
Editor’s Pick: Free Beacon on the Blackout of Dem Facing Sexual Assault Claim
Bill Barr Confronted Over Refusal To Help Jan 6th Prisoners
Never Let a Devastating Natural Disaster Go To Waste