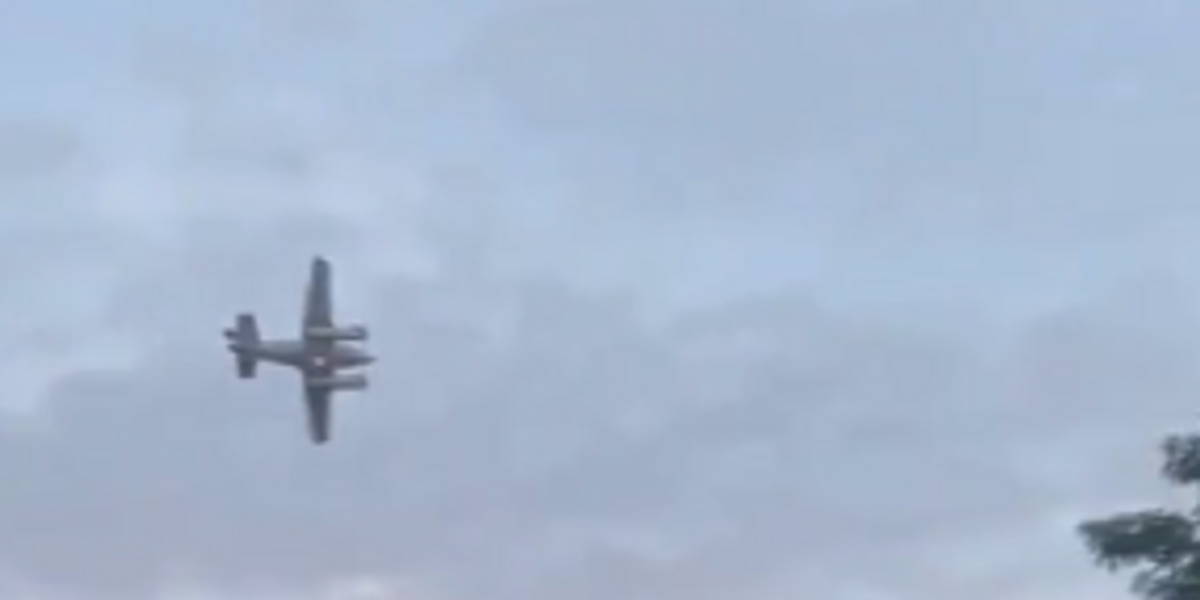 The pilot of a small airplane threatened to crash the aircraft into a Walmart in Mississippi, police said. Authorities have evacuated the Walmart and a nearby convenience store in Tupelo because of the threat on Saturday. Hours later, the plane landed in a field and the pilot was immediately arrested.

At around 5 a.m. on Saturday, the Tupelo Police Department was notified that the pilot of a small airplane contacted 911 and threatened to “intentionally crash into Walmart on West Main.”

The Tupelo Police Department said in a Facebook post that the threat was real and is a “dangerous situation.”

Members of the Tupelo Police Department had been in direct contact with the pilot.

“At this time the situation is ongoing with TPD and all Emergency Services in our area on alert,” the Tupelo Police Department said early Saturday morning. “Citizens are asked to avoid that area until an all clear is given. With the mobility of an airplane of that type the danger zone is much larger than even Tupelo.”

Mississippi Gov. Tate Reeves wrote on Twitter, “State law enforcement and emergency managers are closely tracking this dangerous situation. All citizens should be on alert and aware of updates from the Tupelo Police Department.”

FlightAware shows that the pilot is flying erratically, and that the plane reached a top speed of 223 MPH and a top altitude of 23,000 feet.

Tupelo-based WTVA news reported that at 11:24 a.m., the plane landed in Ashland, Mississippi.

ABC24 out of Memphis added, “Reports are that the plane has landed in a field in Benton County, Mississippi.”

The Daily Journal reported that the plane is down and the pilot is alive, according to authorities.

WTVA reported that the plane landed in one piece in a field southeast of Ashland – about 58 miles northwest of Tupelo.

u201cWTVA reporter Bronson Woodruff is at the landing site in a field southeast of Ashland.u201d

“The plane is down and it has landed. The subject in custody,” an official with the Benton County Sheriff’s Office told Axios.

WTVA reported that the pilot who was arrested is Cory Patterson.

The Daily Journal confirmed, “Multiple law enforcement, airport, and local authorities have identified the subject as Cory Patterson of Shannon.”

Huffington Post editor Phillip Lewis shared a screencap of the alleged Facebook post from Cory Patterson that reads: “Sorry everyone. Never actually wanted to hurt anyone. I love my parents and sister this isn’t your fault. Goodbye.”

u201cMultiple law enforcement, airport and local authorities have identified the suspect as Cory Patterson nnThey believe this is his Facebook page below nnhttps://t.co/4n52V02DhFu201d

The Daily Journal reported that the plane is a 1987 Beech C90A – which is a fixed wing, twin-engine aircraft with nine seats. The owner of the plane is allegedly Southeast Aviation out of Oxford, Mississippi.

The plane reportedly has a maximum fuel life of four hours.

Leslie Criss – a magazine editor who lives in Tupelo – told The Associated Press, “I’ve never seen anything like this in this town. It’s a scary way to wake up on a Saturday morning.”

u201cNew video – Plane has been flying in circles for 45 minutes around Tupelo.nPilot threatening to #crash plane into #Walmart in Tupelo, Mississippi, police say.nAll #emergency services have been put on alert.nn#Tupelo #Mississippi #US #Breakingu201d

u201cBREAKING: Tupelo, Mississippi police fear the pilot at the controls of this plane is threatening to fly it into a Walmart. Evacuations are underway.u201d

u201cVideo from earlier near Toyota plant in Blue Springs. From William Rakestraw.u201d

The Federal Aviation Administration told ABC News that they are aware of the situation and are coordinating with local law enforcement.

A spokesperson for the FBI’s Jackson field office said, “The FBI, in accordance with our state and local partners, are aware of the situation. This is an active and ongoing matter. We will provide additional information as we have it.”

This is a developing story and will be updated.