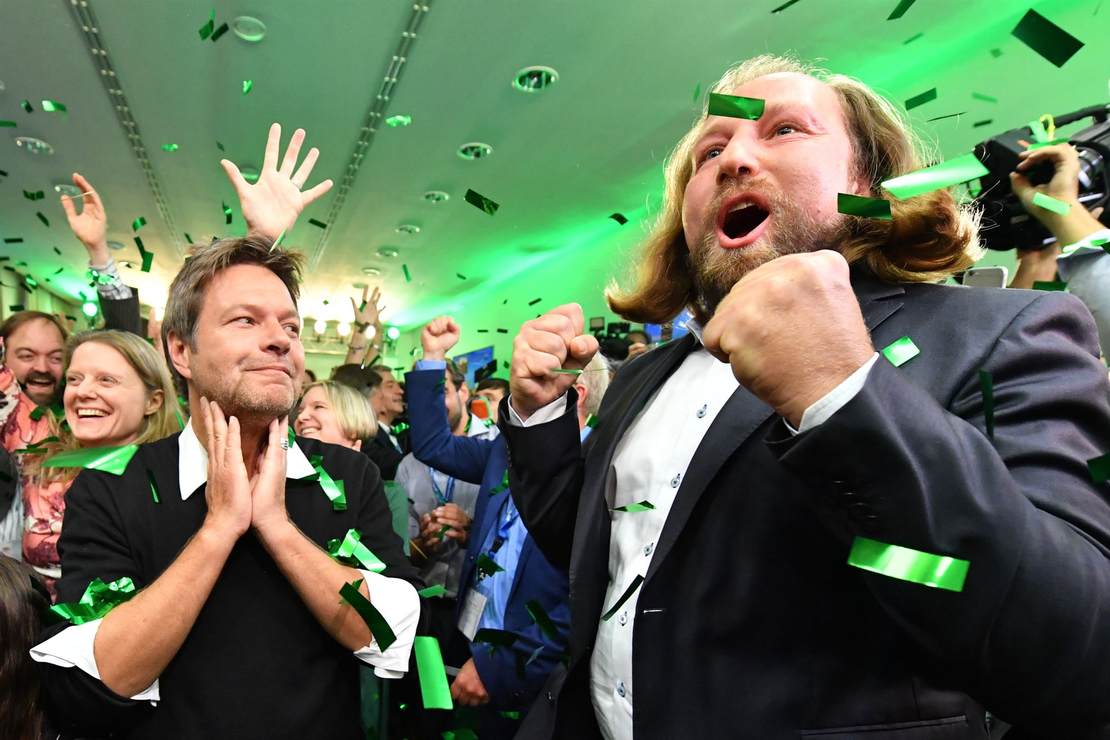 Green parties in Europe have been hit over the head with a two-by-four called reality. Their sanctimonious preaching about the danger of fossil fuels and climate change is not jibing with the reality of the energy situation in Europe. There has been a sneering condescension by Greens toward anyone who questions their monopoly on the “truth of climate change” and what should be done about it.

But Greens in France, Great Britain, and other EU countries are out of power. They can bash the government for their reliance on fossil fuels to their hearts’ content because they don’t have to put any political capital where their mouths are.

Except in Germany. The Greens are members of Chancellor Olaf Schulz’s left-wing coalition and are now dealing with the uncomfortable realities of power. And one of those realities is that since Russia invaded Ukraine, German supplies of natural gas have largely been held hostage by Russian president Vladimir Putin, whose pipelines supply Germany with 27% of Germany’s overall energy mix. Before the start of Russia’s war in Ukraine, just over half (55%) of gas consumed in Germany was imported from Russia.

Since then, Putin has played footsie with Europe by shutting down the Nord Stream pipelines for “maintenance” twice — the second time ten days ago. And now, Putin has shut the natural gas pipeline down “indefinitely,” forcing Germany and much of Europe into hard choices.

Now the Greens are having to make a great energy leap. As members of the German government they are staring close up at the realities of soaring energy prices. They are having to face the prospect of the lights going off this winter, and of public buildings in major cities such as Hamburg already trying to ration the amount of electricity they use. The Greens’ demand that everybody else join them in a fantastical leap has now reversed into the Greens recognizing that their society simply is not ready.

The Greens forced Germany to shut down dozens of coal-fired plants and three of the country’s six nuclear power plants with the other three in the process of being decommissioned. But with Germans facing a cold winter and rationed electricity, the Greens announced in June that they were backing Schulz’s plan to significantly increase Germany’s reliance on coal for electric generation. And last week, the government announced that it would reverse the policy of shutting down the three remaining nuclear plants.

Related: Europe Is Paying the Price for Embracing Environmentalism With Religious Fervor — and It’s a Lesson the U.S. Can Stand to Learn

Talk about getting hit over the head with reality!

On the one hand, they could make the leap on nuclear as they did on fossil fuels — but then would they be a green party any more? One imagines not. On the other hand, they can try to stick to just one of their principles and either crash the government or see themselves held responsible this winter when the lights go off in Germany.

It is an uncomfortable position, to be sure, but a pleasant one to observe. It would be pleasanter still if other people in the green movements across the West observed it too.

A nation can afford to be “green” only as far as its energy resources will keep people warm and maintain electricity to run factories and keep the lights on. Otherwise, there is no political support to abandon any energy source that fills the people’s needs. German Greens are learning a valuable lesson in politics. In Germany, “a pipe dream is meeting reality. And reality is winning, as she so often does.” writes Spectator‘s Douglas Murray. But will the rest of Europe learn that lesson in time? Or perhaps, once the crisis is over, the sneering condescension of the Greens will emerge from hibernation and they’ll feel free to ignore reality — again.