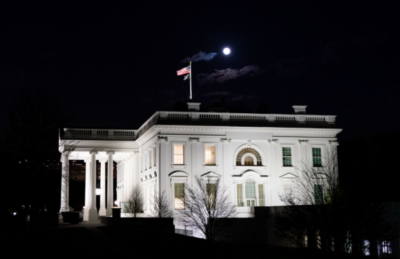 Dozens of federal officials across multiple agencies within the Biden administration communicated extensively with social media companies to coordinate censorship of information, according to internal documents released by Republican Attorneys General Eric Schmitt of Missouri and Jeff Landry of Louisiana.

Officials within the Department of Homeland Security (DHS) and the Department of Health and Human Services (HHS) sent emails to employees at Facebook and Twitter to flag instances of alleged misinformation and provide talking points to counter allegedly false narratives spreading on the platforms. Government officials would occasionally initiate this activity, with one message from a CDC official requesting monthly meetings with Facebook to plan “debunking” strategies, and a White House official requesting the removal of a parody Anthony Fauci account.

One collection of emails shows Facebook staff collaborating closely with staff at the HHS to remove Facebook groups, with one message describing the collaboration as “critical.” Staff from the Centers for Disease Control and Prevention (CDC) discussed setting up “regular chats” with Twitter, and Twitter invited White House staff to be briefed on their efforts relating to vaccine misinformation.

“I know our teams met today to better understand the scope of what the White House expects from us on misinformation going forward,” one email from Facebook staff to HHS staff states. “In our previous conversations I’ve appreciated the way you and your team have approached our engagement, and we have worked hard to meet the moment — we’ve dedicated enormous time and resources to fighting this pandemic and consider ourselves partners in fighting the same battle.”

Documents produced by the Department of Justice allegedly reveal a connection between 45 federal officials at the DHS and HHS and social media giants, with the social media companies disclosing connections to officials at the White House and U.S. Election Assistance Commision, among others, according to Schmitt’s press release. The administration has allegedly refused to disclose the connections of the highest-ranking members, citing executive privilege, according to the press release.

“The limited discovery produced so far provides a tantalizing snapshot into a massive, sprawling federal “Censorship Enterprise,” which includes dozens of federal officials across at least eleven federal agencies and components identified so far,” Schmitt and Landry write in a Wednesday petition for additional documents. “[These officials] communicate with social-media platforms about misinformation, disinformation, and the suppression of private speech on social media—all with the intent and effect of pressuring social-media platforms to censor and suppress private speech that federal officials disfavor.”

The DHS this spring launched a short-lived initiative known as the Government Disinformation Board, which was supposed to study misinformation online and provide the DHS with tools to combat propaganda that posed a national security threat, according to The Washington Post. The program disbanded after just three weeks due to significant backlash, according to The Washington Post.

“We’re going to need another [Nina Jankowicz] down the road,” an anonymous DHS staffer to The Washington Post, referring to the board’s erstwhile executive director. “And anyone who takes that position is going to be vulnerable to a disinformation campaign or attack.”